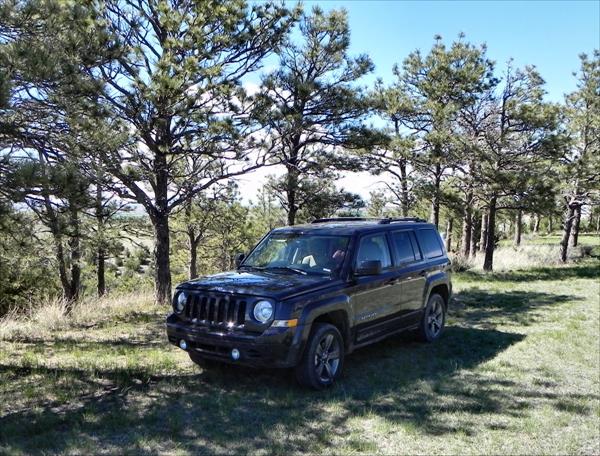 The 2016 Jeep Patriot continues with the model's nostalgic look and old-school styling. It's a 5-passenger compact crossover SUV with two trim levels and several engine and transmission options. Compared to most of the offerings in this segment, the Patriot is usually the lowest priced and is one of the very few with true 4-wheel drive capability.

Yet the Patriot, with all of its upsides, has a lot holding it back. Sub-par fuel economy is one thing and a very outdated and modest interior is another. Cargo space is only average for the segment, and the engines and transmissions can be loud to the point of disruption on the highway. Safety is also a concern with the Patriot compared with others in its class.

The Patriot is a holdover and most of its weaknesses are because of that. Yet the 2016 Patriot is continuing to draw customers because of its low price of entry for the Jeep nameplate.


What We Loved About the 2016 Jeep Patriot


What We Didn't Love About the 2016 Jeep Patriot 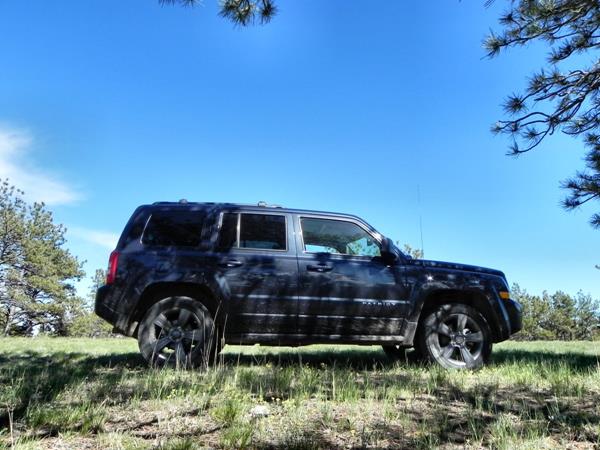 The Jeep Patriot is a throwback to the more nostalgic days of Jeep's sport utilities, when body styles were squared off and every Jeep had hints of the ever-popular Wrangler. This style has both high points and advantages, and many seem to like the vibe that the Patriot gives off.

The expected round headlights, slotted front grille, and square, flat hood are there. As is the high-mounted windscreen, flat roof and half-trapezoid wheel wells. Square windows, straight body lines and a nearly square rear hatch are all continuing this theme. It's unmistakably Jeep and no other make could pull it off.

That said, there are some high points inside the 2016 Patriot. Seating is comfortable, if basic, and will fit many drivers and passengers well. Those outside of the average (the tall and the short) will find little in the way of adjustment, and will likely suffer for it. The materials quality is good, though cheap in appearance. Storage options are good enough for most people, but there could be more and the observant will note empty space where cubbies could have been placed. 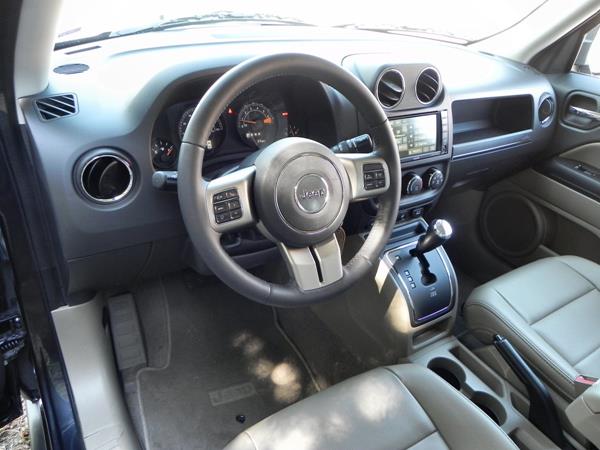 For the driver, gauges are easy to read and very bright with their color offsets. The round vents are a boon as well, allowing air to be directed in most directions without much effort. The shifter is oddly placed and a bit awkward given its angle, and the center arm rest adjusts at odd angles to become unusable for the tall or short.

The second row is worse, but will accommodate most children and adults well enough. The greatest advantage of the old-school boxy body shaping is seen with the immense amount of headroom available in the 2016 Jeep Patriot, as well as plentiful shoulder room thanks to the straight sidewalls.

There are 23 cubic feet of space behind the rear seats in a big, square space with a wide load opening. This is good for those who need their space to be big and square, but it can be compared with some compact cars for actual usable size. Folding the rear seats expands that space to 53.5 cubic feet.

In terms of technology offerings, the 2016 Patriot is far behind the curve. The small 6.5-inch touchscreen has low graphics output and is very small and simple by today's standards. Offerings in terms of connectivity and options are about average for entry-level vehicles, but don't improve as the trim levels do. The interface is clunky and not very informative, but the voice-recognition system, while slow to use, is at least easy to navigate and accurate. 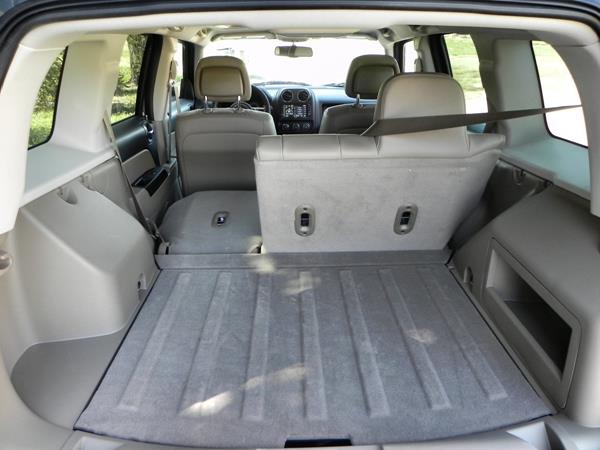 The 2016 Jeep Patriot has respectable fuel economy ratings in both its front-wheel and 4-wheel drive variations.

The base level engine with a manual transmission gives 26 mpg combined per the EPA, with 23 mpg in the city and 30 mpg on the highway. The continuously variable transmission (CVT) option lowers that to 24 mpg combined (22 city, 26 highway). This engine has front-wheel drive as the only option.

The Patriot does not have a good reputation for reliability and the 2016 model rates just barely as average in the J.D. Power and Associates Vehicle Dependability Study. The vehicle includes a 3-year/36,000-mile warranty.

The 2016 Jeep Patriot has a mixed set of returns for crash testing. The Insurance Institute for Highway Safety rates the Patriot with top scores of "Good" on all but the small overlap front crash test, for which it received a "Poor" rating. The National Highway Traffic Safety Administration gave the Patriot an overall four out of five stars in its rating, with just three stars for frontal and rollover crashes and five stars for side crash impacts.

There have been no safety recalls for the 2016 Patriot as of this writing. 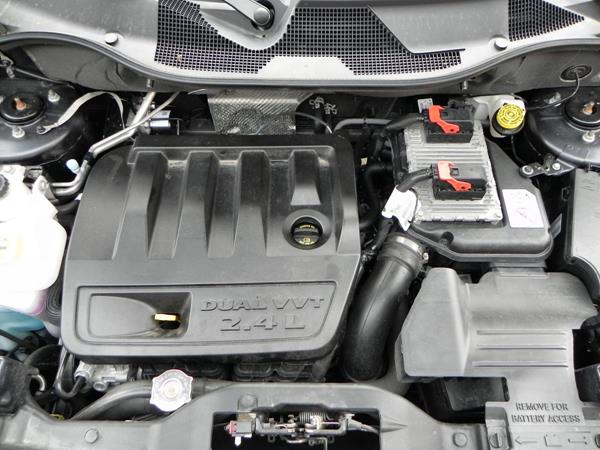 There are two engines and three transmissions offered in the 2016 Jeep Patriot. In addition, 2-wheel and 4-wheel drive are also available. These are combined into packages that go alongside the trim points for the Patriot.

The base level offering is a 2.0-liter four-cylinder engine that outputs 158 horsepower and 141 pound-feet of torque. A five-speed manual transmission is standard and a continuously variable transmission (CVT) is an optional upgrade. Only front-wheel drive is offered with these packages.

The upgraded engine is a 2.4-liter four-cylinder that returns 172 horsepower and 165 lb-ft of torque. This engine can be paired to a 5-speed manual, 6-speed conventional automatic, or a CVT depending on packaging. Two 4-wheel drive packages are offered as options above the standard FWD drivetrain. These are Freedom Drive I, a light-duty off-road package with 4-wheel drive, and the Freedom Drive II system, a heavier-duty off-road package with more robust equipment.

On the road, the 2016 Patriot in any configuration has a loud interior and slow response to throttle press. It does offer up to 2,000 pounds in towing when equipped and is more well-cushioned from the road than most in its class. Both engine options and all transmissions will transmit a fair amount of sound into the cabin to go with the wind and tire noise.

Where the Patriot shines is when the pavement ends. That's when this entry-level Jeep suddenly becomes a much more capable machine than any other similar offering on the market. With Freedom Drive II installed, it's far better than anything else you'll find for the price.

The Patriot's strongest selling point is its low price of entry. For under $18,000, a 2016 Patriot comes with minimal equipment and for under $20,000, a respectable amount of capability can be found. Although the Patriot lags behind most of the other offerings on the market in terms of equipment and refinement, that price point argument seems to continue winning over buyers.

Yet this will not likely last long as the Jeep Patriot's design, build quality, and interior are far surpassed by newer offerings from other brands as well as from Jeep itself. 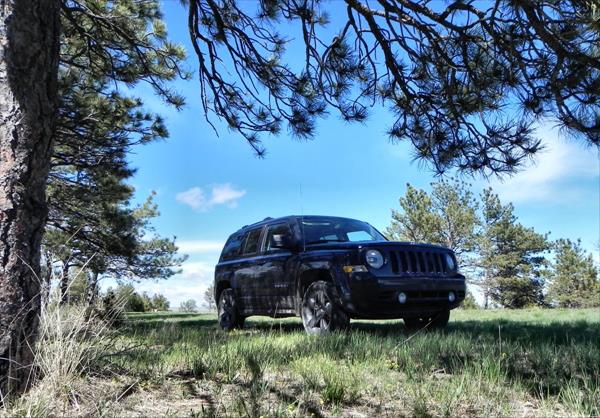 Competition in the compact and small crossover segments is pretty stiff. Jeep's own Renegade is a compelling and a much more up-to-date offer in this segment. Other options include the better-driving and contemporary Honda HR-V and the fun Mazda CX-3. All of these options have a higher price point than the Patriot's, but are much better vehicles in almost every way. So unless serious off-road is your plan for your entry-level Jeep, the Patriot probably isn't the best choice.

That doesn't mean that there aren't some good reasons to consider a 2016 Patriot, though. Of all of the options, the Jeep options are the only true sport utilities with 4-wheel drive. The Patriot is also a bit larger than the Renegade, making it more useful for small families. So there are a few reasons you might consider a Patriot. It's a question of priorities.