What Is The Average Price Of A Used Chevrolet Camaro By Model Year? 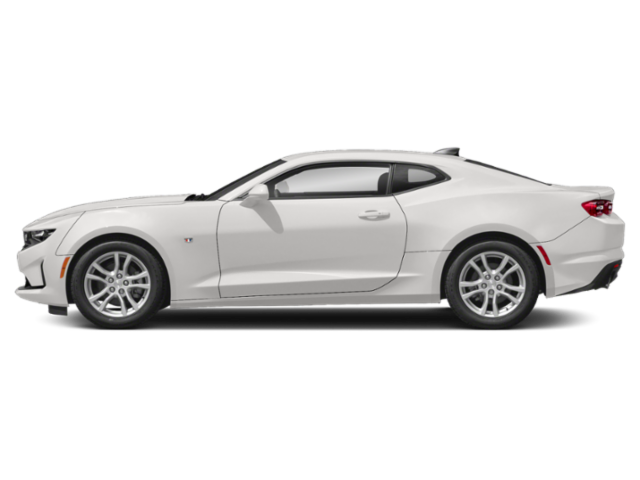 The Camaro is both a classic and a modern rear-drive sports car produced by Chevrolet since 1966. The first two generations of the Chevrolet Camaro are considered collectibles, which entered showrooms starting in the 1967 model year and ran through to the introduction of the third-generation Camaro in 1982. Early Camaro models shared components with the Pontiac Firebird and were designed to compete with the Ford Mustang. After the collectible years, the Chevy Camaro continued into its third-generation in 1982. Fuel injection, a four-speed automatic transmission, and a four-cylinder base engine were all relatively new ideas for the Camaro. The much-acclaimed IROC (International Race Of Champions) model was introduced in 1985. In 1986, the four-cylinder engine option was dropped in favor of a V6 alongside the V8 engine options. In 1993, the fourth-generation of the Chevrolet Camaro entered showrooms with a completely new body style was introduced. V6 and V8 engines were still the norm, but a new small-block V8 was introduced in 1995, carrying over from the Camaro's "bigger brother" sports car, the Corvette. From 1996 to 1997, a special edition SS model of the Camaro was offered as well. The Camaro ended production in 2002 and then was revived in 2010 for a new-generation car based on modern technology. This fifth-generation Camaro shared only the 2+2 coupe design of its predecessors and was otherwise a completely new chassis, powertrain, and body. Nostalgic retro-looks were "in" by this point and the new Camaro used those without going too overboard. Again, V6 and V8 powerplants were the norm. The current-generation (6th) Camaro entered the market in 2016, carrying forward the redesign done for the previous gen. This new Camaro was introduced to coincide with the model's fiftieth anniversary. Most everything in the Chevrolet Camaro was changed for this new model, though stylistically it is very similar to the fifth-generation. A turbocharged four-cylinder engine was introduced alongside a new V6 and V8. The Chevrolet Camaro has a relatively good reputation for reliability, even at fairly high mileage. Most complaints are for the 2010-2011 model years where engine timing, clutch issues, and heater core problems can be found as somewhat common. Most of these happen at mid- to high-mileage (50,000 and higher on the odometer). There are otherwise few consistent problems to report for the Chevy Camaro.

There's a lot to like about today's Chevrolet Camaro and more than a few reasons for sports car buyers to consider it. There are downsides as well, so buyers should be aware of what they're after.
See the full 2018 Chevrolet Camaro Test Drive Review.

Both enthusiasts and new-to-sports buyers will enjoy the Camaro's good mix of power and driveability along with its strongly-styled exterior.
See the full 2017 Chevrolet Camaro Test Drive Review.

In all, there is much to love about this new-generation Camaro. It deserves the "A" rating we're giving it. This four-seat, two-door muscle car is still the rear-wheel-drive beast that appeared in the 1960s, but has become a much more sophisticated coupe with time. Today's Camaro is fast, fun, and powerful, but is also fuel-sipping and comfortable. It's a great mix of sports, muscle, and daily use.
See the full 2016 Chevrolet Camaro Test Drive Review.

The term classic, or even stronger word icon, is tossed around too frequently. But one or both of those words certainly applies to the Chevy Camaro. The 2015 version is relatively unchanged from the last model year, it will also be the last of the fifth generation of the Camaro. There's certainly nothing wrong with the 2015 Camaro, and it will stand the test of time as another successful vehicle for this classic muscle car. And certainly, the 2015 Camaro goes out with a bang as it makes room for the completely redesigned sixth-generation Camaro. While we look forward to that car, we will take a closer look at the 2015 version.
See the full 2015 Chevrolet Camaro Test Drive Review.

Sporting a fresh exterior design and the return of the nearly track-ready Z/28, the 2014 Chevrolet Camaro, in coupe and convertible body styles, offers sporty performance at what many consider to be bargain prices. Add to its appeal the fact that Camaro is American-born and bred - and has the pedigree to prove it.
See the full 2014 Chevrolet Camaro Test Drive Review.

How much is a Chevrolet Camaro?


See below for the average Chevrolet Camaro Coupe price across model years.

The average price for a 3-year-old used sports car is $35,412, with the Chevrolet Camaro Coupe's price typically $4,441 above average for this vehicle type.


See below for the average Chevrolet Camaro Convertible price across model years.

The average price for a 3-year-old used sports car is $35,412, with the Chevrolet Camaro Convertible's price typically $4,739 above average for this vehicle type.


See below for the average Chevrolet Camaro price across model years.

The average price for a 3-year-old used convertible is $35,412, with the Chevrolet Camaro's price typically $4,739 above average for this vehicle type.


How long do Chevrolet Camaros last?


See below for the reliability scores of various cars in the sports car category:


Is the Chevrolet Camaro a good car?

Is the Chevrolet Camaro safe?