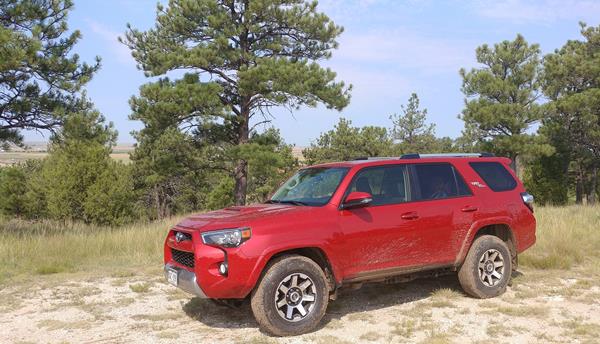 The 2018 Toyota 4Runner is a body-on-frame sport utility, meaning it's truck-based rather than car-based as would be a crossover-SUV. This means that the 4Runner may not be for everyone, but it does fit a certain market and segment of needs. The 2018 4Runner should be thought of as a pickup truck with more seating capable of carrying a fair number of people and towing a fair amount of trailer and cargo. It is not, however, a comfortable daily driver or family hauler compared to other options where that goal is primary.

For 2018, the 4Runner sees only a few changes from its 2017 model year shuffle and 2016 redesign. Most of the changes for 2018 are in options package shuffling. There are six trim levels available for the 2018 4Runner, all of which use the same engine and transmission and all are rated to tow at least 5,000 pounds (when equipped). Both two-wheel (rear-wheel) and four-wheel drive are avaialble in some trims of the 2018 Toyota 4Runner, but 4WD is standard on most. The 4Runner seats up to seven.

Our assessment from last year carries over in our test drive for the 2018 model year. The 4Runner is an excellent off-road and utility vehicle, but lacks refinement and daily use ergonomics for those looking to use the vehicle as a daily commuter or family hauling. 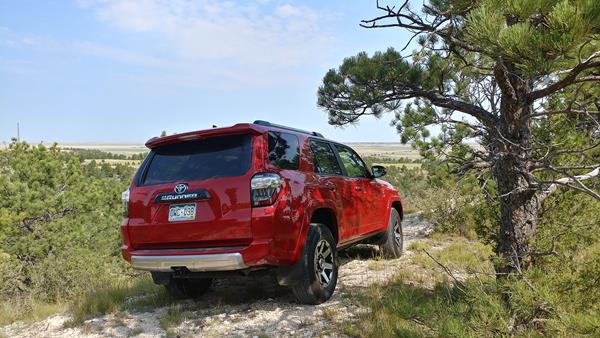 The 2018 Toyota 4Runner's exterior looks very much like the Tacoma pickup truck it's based upon. The two share parts and components throughout, making their similar look inevitable. The two are also closely aligned in terms of capability and underpinnings, making the matchup even more clear.

The 4Runner is a bit less polarizing than is the Tacoma, however, thanks to some softening of the front fascia and the larger body design overall. A muscular appearance dominates the 4Runner's overall design, with large headlamps, a wide intake, and a heavily protruding hood.

Trapezoidal wheel wells and simpler bodywork design help to build on that front fascia's intimidation by adding wheel clearance, better ground reach, and a utilitarian look. Angular edges in the bodywork help to accentuate the front and rear fenders and help mirror and build on the upper roofline's profile.

The 2018 Toyota 4Runner is muscular and gives off a capable appearance.

The 2018 Toyota 4Runner has a functional, strong motif that includes a lot of hard plastics and unadorned surfaces. This strong design may not appeal to some buyers, but the materials quality in the 4Runner is good and the cabin's design reinforces the rough-and-tumble of its exterior.

The front seats in the 4Runner are well done and comfortable, offering plenty of adjustment. The cloth seating in the lower trims is robust and well made while the leatherette and upper-end upholsteries are also well done. Most driver's controls and buttons are easy to find and use as well. The driver, however, will be required to sit and drive as if in a truck, which may not appeal to some. 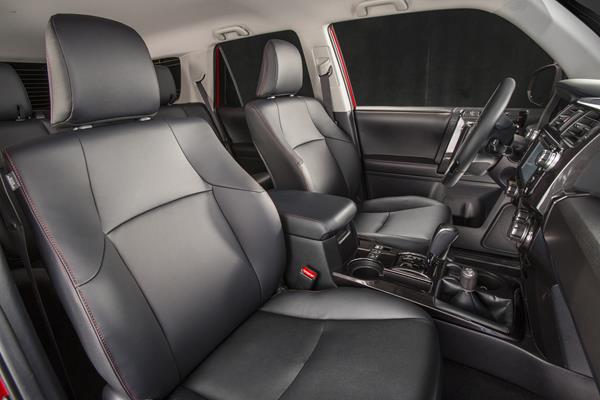 The second row of seats is plain, but functional and useful. The three across bench is capable of carrying three kids easily and three adults with some squeezing. The bench is not quite wide enough for three child safety seats, however, but any kid in a booster or tall enough to sit without a safety adjustment will do fine in the middle. Upper trim levels offer seat tilting for the second row, which can enhance comfort on longer drives.

The third row of the 2018 4Runner is cramped and small, aimed entirely for children. It adds two more seating positions and can accommodate two child safety seats easily. Some cargo options are not available with the third row, including the very useful sliding cargo floor tray.

Cargo space itself is good in the 2018 Toyota 4Runner, standing at 9 cubic feet behind the third row and 47.2 cubic feet with the third row absent or folded down. There are 89.7 cubic feet of total cargo in the 4Runner with the second and third rows down. We note that folding the second row completely flat requires a little finesse.

We like the 4Runner's wide-opening liftgate and ease of access for cargo storage, though the higher loading floor compared to crossovers could be a problem for some. The optional pull-out cargo tray noted before is an excellent addition if the third row is not needed. This makes loading and unloading far easier.

The 2018 Toyota 4Runner lags behind in its technology offering. Tech in the 4Runner is based on Toyota's Entune infotainment system. The base model 4Runners use a 6.1-inch touchscreen while the upgrade moves to a larger 8-inch screen. Voice recognition, a rearview camera, a USB port, and Bluetooth connectivity are standard. The upgrade option adds more apps and built-in navigation. Entune Premium includes apps like Pandora and Yelp as well.

The Entune system is fairly easy to use, but is not as robust or integrated as are some competitors. Android Auto and Apple CarPlay are not included or offered at all and the menu system for Entune can be tedious and slow. We do like Toyota's well-done voice recognition system and the ability to use a smartphone for navigation. 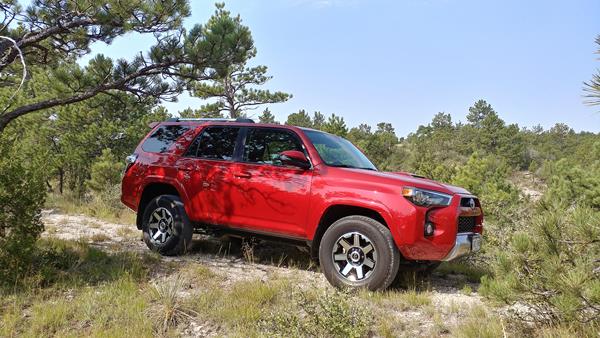 The 2018 4Runner is EPA-rated at 17 mpg in the city and 21 mpg on the highway in rear-wheel drive and 17 mpg in the city, 20 mpg highway with four-wheel drive. Neither of these are great, being some of the lowest in the 4Runner's class, and in the real world, those numbers are a bit optimistic.

During our week with the 2018 Toyota 4Runner TRD Off-road edition, we averaged 16 mpg overall, which is lower than even the city rating for the rig. That was in a fair mix of highway and city driving as well as some light off-road (4-Hi only). This is commensurate with the numbers we had last year in the 4Runner.

The 2018 4Runner has seen an uptick in its reliability expectation versus last year, thanks to a boost from J.D. Power and Associates. The JDP Vehicle Dependability Study found the 4Runner to be "Better Than Most" for the 2018 model year. Recalls thus far for the SUV are both for minor issues that do not involve serious safety or reliability problems.

The 2018 Toyota 4Runner has received full crash test publication from both test bodies. The National Highway Traffic Safety Administration (NHTSA) has given the 2018 4Runner an overall rating of four out of five stars, with four stars for frontal crash, five stars for side crash, and three stars for rollover tests.

The Insurance Institute for Highway Safety (IIHS) has given the 2018 4Runner top scores of "Good" on all but the small overlap front driver's side test results, which resulted in a second-worst "Marginal" rating. Advanced testing for passenger side front overlap and prevention systems testing was not published for the 4Runner this year.

All 2018 model year 4Runner sport utilities utilize a 4.0-liter six-cylinder engine that outputs 270 horsepower and 278 pound-feet of torque. A five-speed automatic transmission is also standard equipment with no upgrade options. Four-wheel drive is optional or standard in most models of the 4Runner. 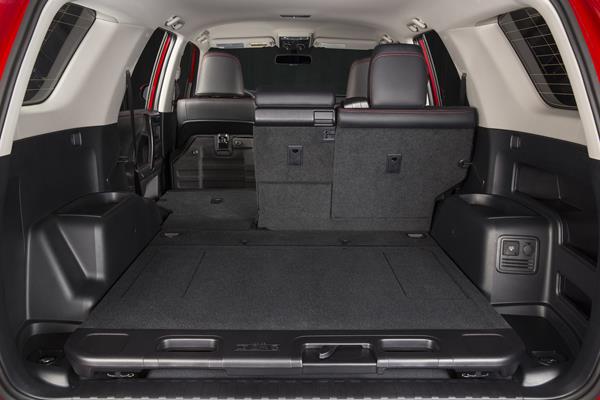 The chief complaints the 2018 Toyota 4Runner's drivetrain give us are its lackluster shifting with the transmission, lack of road presence when on the highway, and the sluggish off-line performance this rig has. Off the road, the 4Runner offers just about everything one could ask for if it's been optioned correctly. We note that the two-wheel drive models tend to have less road noise than do the four-wheel drive ones.

Because the 4Runner is primarily designed as an off-pavement machine, we've taken that into consideration here. Were this SUV being purchased for anything else, we'd rank it lower.

The 4Runner is relatively expensive compared to more daily use crossovers in the same class. That said, the value proposition depends heavily on what the buyer's intended use for the 4Runner is. For towing, off-road going, and utilitarian uses, the 2018 4Runner is tough to beat. As an everyday drive with commuting and hauling people as the goal, there are a lot of much better options than the 4Runner.

We recommend the base model SR5 or SR5 Premium models as good purchase options when value is most important. If off-pavement is the plan, especially for harder off-road use, we'd then look to the TRD Off-Road as the best option. The Limited trim is expensive and has little to offer and the TRD Pro model is equally as expensive with few off-pavement add-on chops to recommend it over the TRD Off-Road model. 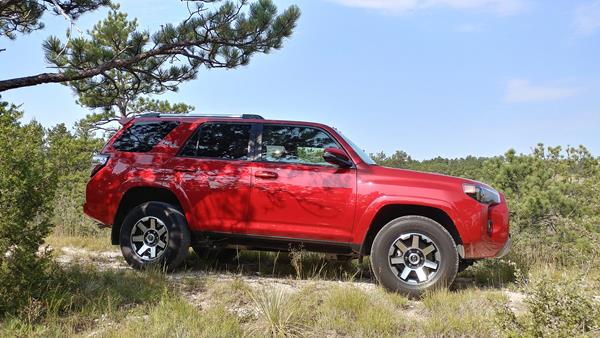 There aren't many competitors for the 2018 Toyota 4Runner in terms of body-on-frame SUV trucks with off-road credibility. The Chevrolet Traverse, Jeep Grand Cherokee, and GMC Acadia are competitors, however, as options in the 4Runner's segment. The Traverse is better pitted against the Toyota Highlander than the 4Runner, however, as its off-road chops are limited compared to the 4Runner, but it's interior is far superior. The Grand Cherokee is a good competitor for the 4Runner, as is the smaller Cherokee with the Trailhawk package. Either is a solid choice against the 4Runner for their improved fuel economy and better comfort levels. The Acadia is more premium than is the 4Runner, but can compete against it in most other ways.

The 2018 Toyota 4Runner is largely meant for off-road use and for use as a serious utility vehicle. Compared to crossovers in its class, the 4Runner pales and loses on most comparison points. Against other off-road-ready machines, however, there a lot going for the 4Runner.