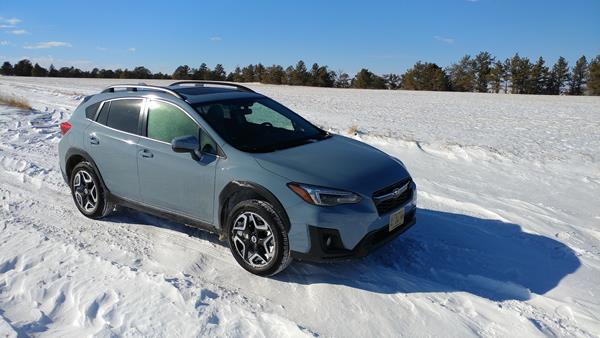 The 2018 model year brings the Subaru XV Crosstrek into a second generation. It's focus has always been on value, nimble handling and a rugged design - and that hasn't changed for the new Crosstrek. The five-seat wagon-style Crosstrek is subcompact without being tiny and has room to bring along friends when exploring the world in one of its three trim levels.

The 2018 Subaru Crosstrek has an improved interior with a much more updated feel. A smoother suspension and chassis also help clean up the ride quality and interior noise levels, which are beefs we've had with the Crosstrek in the past.

Staying in place are Subaru's legendary "get-there" capability, reliability and standard all-wheel drive. The 2018 Crosstrek sees several changes, including an improved engine. It's one of our top-ranked compact crossovers and is fast on its way to becoming a segment best seller.


What We Love About the 2018 Subaru XV Crosstrek:


What We Don't Love About the 2018 Subaru XV Crosstrek: 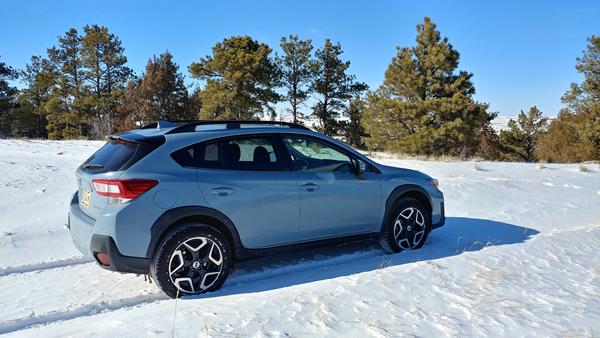 Based on the Subaru Impreza platform, the 2018 Crosstrek has looks akin to that model as well as the larger Outback. Sitting in between those in terms of size, the Crosstrek offers some of each in its appearance. The Crosstrek is less sedan-like than the Impreza and more station wagon in its overall shape, adding the ride height and wheel well clearance that ensures onlookers know it's more than just a family wagon.

The station wagon look has served Subaru well over the years and is a great look for the 2018 Crosstrek. The front fascia is now stronger, more squared off and flatter than it was before, making it appear more robust and closer in affect to the Outback. The hood is simpler, with two lines along either edge to begin the shoulders before the fender drop-off. The raked windscreen and narrower headlamps add to the stronger look for the front of the Crosstrek.

Body lines on the 2018 Subaru Crosstrek are more defined than they were before, with sharper edges on the beltline bulge and a lighter, upward-moving touch to the lower running board edge. The roofline slopes more aggressively than before, keeping the general appeal the Crosstrek has always had while adding a more speedy look.

The overall look of the 2018 Subaru Crosstrek is nicely done. 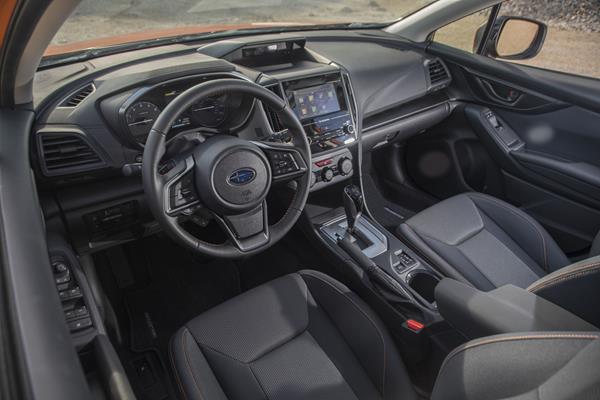 The 2018 model year brings an all-new interior with a more upscale feel and a smarter layout. It's is a vast improvement over the previous generation Crosstrek, which was full of cheap plastics and road noise. Some hard plastics remain, but they are less cheap looking and don't seem to be adding to road noise like they were before.

The driver and front passenger have seating that represents the Subaru brand: comfortable but not too comfy. The seating still has the "get out and do stuff" theme, but no so much that staying in the car becomes a backache. The driver's layout is well done and instruments are easy to read. The bezel over the instrument cluster is tall and wide, keeping out glare without intruding on the driver's view.

Storage for phones, gadgets, etc. is more plentiful in the new Crosstrek and includes more USB plugs so more passengers can use the facilities.

Rear seating in the 2018 Subaru Crosstrek is good, with room for three across. This is a compact vehicle, so three adults might be a bit squeezed, but three kids or two adults and a kid are accommodated well. Child safety seats are easy to install thanks to tall door openings and easier access to the LATCH points. Split-folding rear seating is standard. The overall passenger space in the Crosstrek is now improved, especially in the rear.

This new Crosstrek has slightly less cargo space than the outgoing model did, but not enough so those trading in a previous-generation Subaru Crosstrek would really notice. What they will note is a larger opening and easier access to the loading floor.

Infotainment in the 2018 Crosstrek centers on the Starlink system. Standard is a 6.5-inch touchscreen with Apple CarPlay and Android Auto, Pandora, Aha, Bluetooth and a rearview camera. The camera is not as clear on this newer screen, giving a grainy return.

The new version of Starlink is very good and a nice step up from the already good previous-generation of the infotainment user interface. It's now more responsive and easier to navigate. Most everything is straightforward and intuitive. 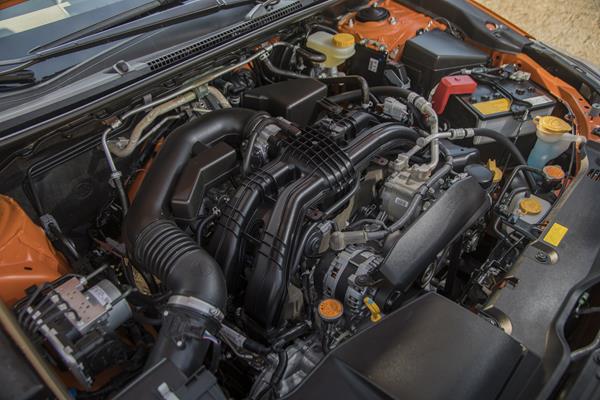 These EPA ratings should translate into the real-world if most driving is at lower speeds and altitudes. At higher altitudes with a lot of high-speed freeway and hill climbing, the average for our week in the 2018 Crosstrek Limited model was much lower than expected, at just 27 mpg overall.

As of this writing, there are no reliability ratings to use to assess the 2018 Subaru Crosstrek. Because this is an all-new model, we cannot use previous years. Instead we must look at the brand overall and similar vehicles in the lineup. Doing that, we can see that the Impreza, on which the Crosstrek is heavily based, does very well in reliability expectations. The Subaru brand on the whole has a high reliability expectation and a high resale value, both of which give us confidence in scoring the 2018 Crosstrek high here.

The 2018 Subaru Crosstrek scored well on crash tests by both the National Highway Traffic Safety Administration (NHTSA) and the Insurance Institute for Highway Safety (IIHS). 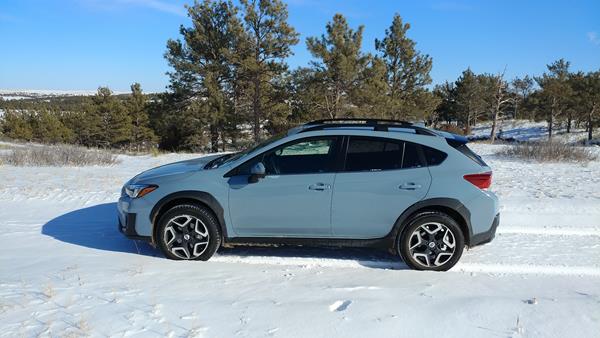 There are two performance metrics that compete with one another to help or hinder a vehicle. In the 2018 Subaru Crosstrek, one gets more attention than the other: fuel economy. Generally, a peppier vehicle is less likely to get good fuel economy and in the Crosstrek, peppiness is on the back burner to raise mpg numbers.

For Subaru buyers, that may not be an issue as most of the company's vehicles are designed this way, excluding only the sports-oriented BRZ, WRX and STI models. In the 2018 Crosstrek, though, the sluggishness is very pronounced and the newly reprogrammed CVT doesn't seem to have changed its performance-sucking ways.

Despite that, we're impressed with the way the 2018 Subaru Crosstrek handles itself off the pavement, in inclement weather and in daily driving. Confidence is key and in all situations where immediate speed is not required, the 2018 Crosstrek has the confidence of Shooter McGavin (from the movie "Happy Gilmore").

We're also impressed with how much improvement Subaru made in the interior noise levels and ride quality of the 2018 Crosstrek versus its previous generation. The Crosstrek is now far less noisy and much more road-absorbing than before, making it much more contemporary with today's expectations.

The base-level 2018 Subaru Crosstrek isn't the cheapest offering in the subcompact crossover segment, but it offers more than many base models do in the way of accouterments and drivetrain. The Crosstrek vies for the segment's best-seller spot and may win that with this year with the improvements for 2018.

It could be more difficult to find a great deal on a 2018 Crosstrek because they are in high demand. But some dealership and factory incentives may be offered as the company pushes to become the best-selling subcompact.

Where the Crosstrek will pay off is down the line. Its resale value is the highest in the subcompact SUV segment, proving that, like most Subaru vehicles, the Crosstrek holds value better than its rivals.

We recommend shying away from the Crosstrek's manual transmission, but otherwise any trim point, especially the 2.0i and Premium models, are good price options for the return. 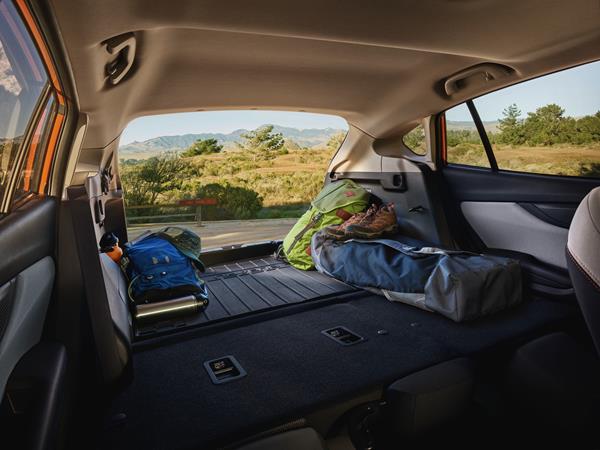 Competition in the compact crossover segment is pretty fierce, but the 2018 Subaru Crosstrek does well when compared to rivals.

The Honda HR-V and Mazda CX-3 are sportier options for buyers in the segment, but they don't have the same kind of fuel economy, or all-weather and off-pavement capability that the Crosstrek sports. Chief among the Crosstrek's rivals is the Jeep Renegade which meets or exceeds it in every way except reliability expectation.

Shoppers looking closely at what's really being offered, including the standard and legendary AWD of the Crosstrek, will find it more than tops rivals in terms of value. We really like the 2018 Subaru Crosstrek's improvements and attitude, which are commensurate with the expectations of the segment and Subaru buyers. The 2018 Crosstrek is a top choice on our compact crossover list.