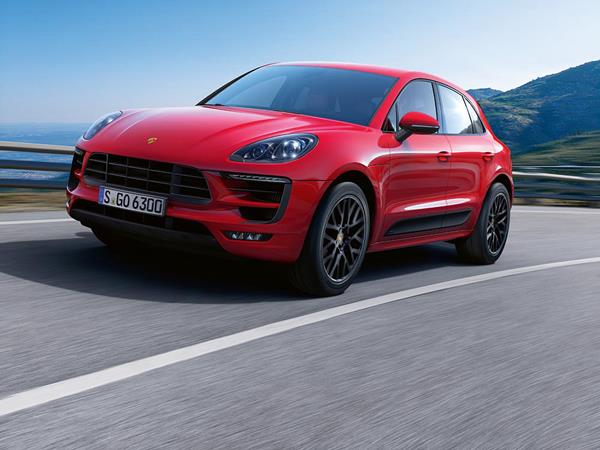 With the Macan, Porsche's goal was to create a sports car that also happened to be a sport utility vehicle. The 2018 Porsche Macan meets that goal by finding an exact balance of performance and handling without losing too much utility.

Most of this comes from the combination of any of five engines, a rear-biased all-wheel drive drivetrain, a very astute transmission, and a chassis and suspension made for corners. There is a lot of sport in the sport utility design of the 2018 Macan. Most of our beefs are typical Porsche worries: an emphasis on buttons and controls, hefty price tag and some loss of usability in a few of the model options.

That said, the 2018 Porsche Macan is definitely the sportiest and most car-like SUV (that doesn't lose its general utility) on the market today. The 2018 Macan is a five-seat luxury sport utility available in five trim levels corresponding to one of the aforementioned engine options. All-wheel drive and a seven-speed dual-clutch automatic transmission are standard. 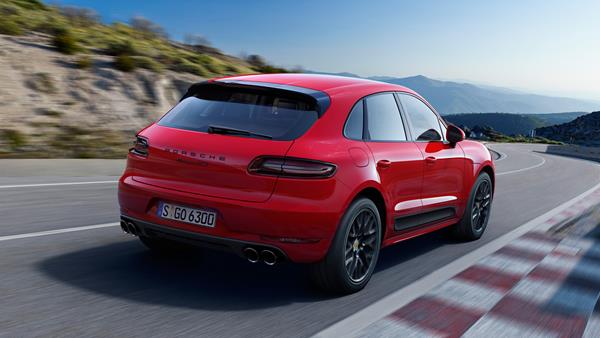 That 2018 Macan has a very Porsche demeanor to its look, carrying a front fascia and roofline that is very similar to sports cars in the Porsche lineup. Nods to its utility are found in the hatchback rear end, higher stance, and gap between the tire and wheel well.

Up front is a low-dipping hood which tops a wide, rounded grille flanked by brake cooling intakes to either side. Atop those sit sharp-nosed but wide headlamps that curve up into the fender as the head of the fender bulge Porsche has had as part of its design credo since the beginning. The hood raises in the middle a bit to promise power underneath.

The bodywork of the 2018 Porsche Macan is simple, as befits luxury vehicles today, with plain lines and understated curvature. The roofline is rounded and dips low toward the rear, in fastback style, and the wheels of the Macan are pushed out to the corners in a sporty fashion.

The overall look of the 2018 Macan is one of readiness and speed, which is what Porsche is all about.

The interior of the 2018 Porsche Macan is a study in finding balance. This is a compact sport utility, so interior room is at a premium. Because the Macan is also a short-stanced, low-roofed vehicle, that is even more poignant. Yet the Porsche somehow pulls it off with larger-than-expected amounts of passenger room and good general ergonomics.

The driver will be treated to a cockpit that has all of the basic controls exactly where they need to be (outside of the ignition, which is on the left). In upper models, the cockpit can be overwhelming with its dizzying array of buttons and switches crowding the central dashboard and stack. It takes some time to get used to that cavalcade of control options. Visibility is also a concern due to the heavy roof pillars surrounding the cabin.

Getting in and out of the 2018 Macan is easy, even for the big and tall. Wide doors and low sills make for easier entrance and egress. The small exterior greenhouse is juxtaposed by a much larger view out from the windows than might be expected. There's plenty of room for four passengers to be comfortable in the Macan and a fifth can be added when required, but that center second row position is not really comfortable, even for kids.

As should be expected of a Porsche, the interior's accouterments and design elements are all off the top shelf. High quality materials and impeccable build are the takeaway. Even at the base level.

Another spoil point for the 2018 Macan, is the cargo and general storage availability in the SUV. Cargo space is a mere 18 cubic feet, which is on par with sedans but not compact crossovers. Similarly, small item storage is at a premium with only modest door pockets and a shallow glove box. The center storage bin between the front seats is deep, but not very wide. 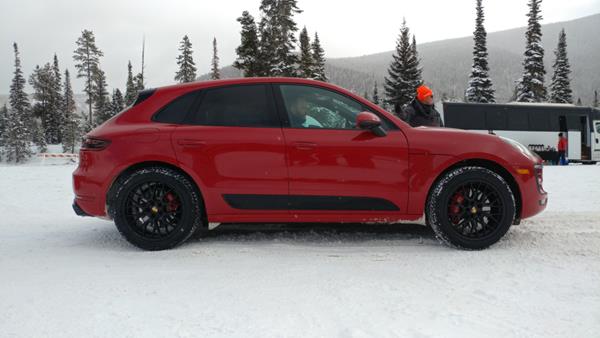 The Macan has a small-sized screen for infotainment, but the resolution is very good, helping to make up for that. The interface is complicated and further hampered by a lack of usable voice control for hands-free access. Smartphone integration is limited to Apple CarPlay or the premium (read: pay for it) Porsche app for Android and iOS.

Basic uses like changing the station or streaming via Bluetooth are simple, but beyond that, the Porsche's infotainment system is akin to programming a 1970-era NASA computer.

Buyers of the 2018 Porsche Macan are not likely to care about fuel economy returns, but those who do should note that this crossover returns lower mpg numbers than most of its competitors.

The base model is EPA-rated at 20 mpg in the city and 25 mpg on the highway. The numbers only go down from there, with the V6-powered models returning 17/23 and lower.

The 2018 Porsche Macan does not have published reliability ratings from any major source, but the 2017 model is virtually identical and carries very good ratings with it. We suspect that will repeat for 2018. The J.D. Power and Associates Vehicle Dependability Study found that the Macan was "Better Than Most" in reliability. There are no recalls from the 2018 model year, though there were a few in 2017.

As with many low-volume luxury vehicles, the 2018 Porsche Macan does not have crash test ratings published by the National Highway Traffic Safety Administration or the Insurance Institute for Highway Safety. It was not tested in the 2017 model year either. Our assessment here is based entirely on the available safety technologies in the Macan. 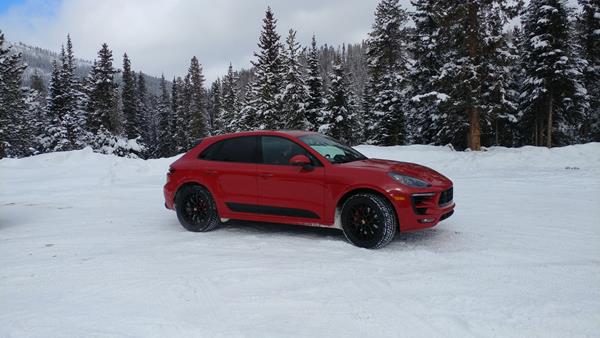 From the base engine on up, the 2018 Macan has oodles of oomph under its hood. Each model designation notes the engine included. A seven-speed dual-clutch automatic transmission (PDK) is standard, as is all-wheel drive.

The base model has a 2.0-liter turbocharged four-cylinder engine that outputs an impressive 252 horsepower, which is more than enough to move the bulk of the small Macan around. The Macan S and GTS models have a twin-turbocharged 3.0-liter V6 that makes 340 horsepower (S model) and 360 horsepower (GTS). Plenty for the Macan.

True speed fiends will like the Macan Turbo with its 3.6-liter twin-turbocharged V6 and the 400 horses it makes. Add on the Performance Package and that bumps up to 440 hp.

In each of these 0-60 mph times range from just over 6 seconds to a mere 4.4 seconds. What's more, no matter how fast you're propelled, there's substantial braking to make it stop and plenty of chassis control to make it curve at speed as well.

In the 2018 Porsche Macan GTS model, we sped to 60 mph in under 5 seconds and used deliberate braking and control to make hard corners as we would in a sports sedan, with great effect.

Amazingly, off the pavement the Macan still does fairly well on packed dirt or gravel roadways. Given its height and capability, we don't recommend trying harsher offroads than that with the Porsche.

There are some good and some bad points to finding a 2018 Macan. The good news is that sales are up and Porsche is pretty happy with that, adding some incentives and more models to dealership floors as a result. The down side is that because sales are up, so is demand, and the Macan is already one of the higher-priced luxury crossovers in its segment.

Our advice is to know exactly what model you're after and aim directly for that without compromise. Most major Porsche dealers will have one of each in stock, so test driving each is worth doing.

Most buyers will be more than happy with the 2018 Porsche Macan S model for its good mix of sportiness, fast pace and everyday usability. The GTS is fun, but is more for weekend track enthusiasts than daily drivers. All that extra power comes at a steep price.

Whatever model you choose, be prepared to add on to the window sticker for the package options you'll want as well. They can get spendy with the Macan. 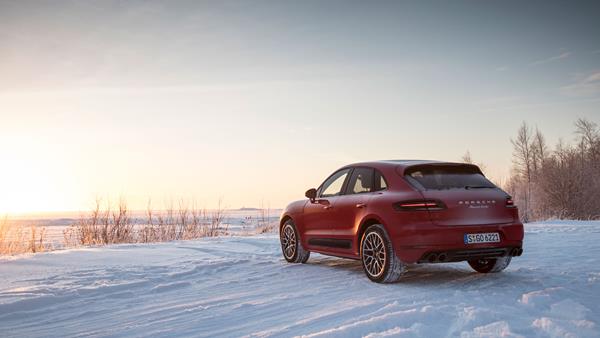 The luxury compact sport utility category has no lack of competitors for the 2018 Porsche Macan. Chief among them are the fellow German Mercedes-Benz GLC-Class, which is also a sporty and well-styled vehicle, though with more limited interior space than the Porsche.

The Audi Q5 is another good German competitor and happens to be in the VW Group family with the Porsche. The Audi doesn't have the high-end motor muscle options that the Macan does, but it does have more interior space and an equally luxurious interior. Buyers might also consider the BMW X3, though it's not really in the same class as the Macan.

For sport-oriented, muscular compact crossovers, there are a few choices in the luxury market, and none as powerful as the Porsche Macan. We think buyers looking at this option will be more impressed by its power and handling than anything else. If you think that's more important than versatility, the Macan is definitely for you.