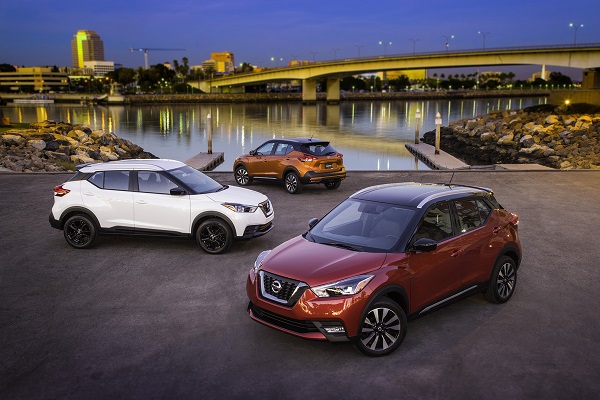 The Nissan Kicks is a new offering from the company that slots in with its entry-level vehicles. With its crossover-type looks, four doors and large tailgate, the Kicks is a modern take on what entry-level can be. The Kicks starts at about $19K and has three trims. The SV mid-level trim adds important content and is priced at just under $21K. The top of the line SR is priced under $22K. This fun and good-looking vehicle sets itself apart from many vehicles in its class by seeming a bit more of a keeper than a starter car. 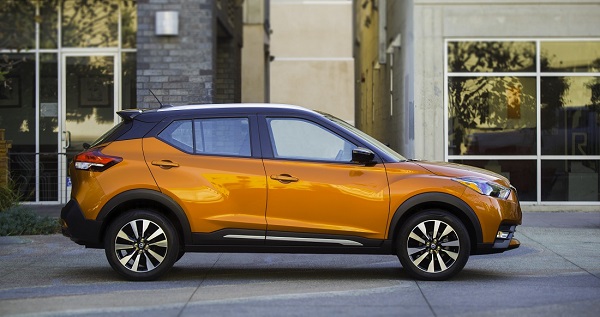 The Kicks offers stylish wheels on every trim and the top trims have wheels that look like they belong on a car costing 50% more. The rear-view is all crossover with a wide, square tailgate (or hatch) that fits the Nissan like perfectly. If there is another four-door passenger car at this price that looks better, we haven't seen it. 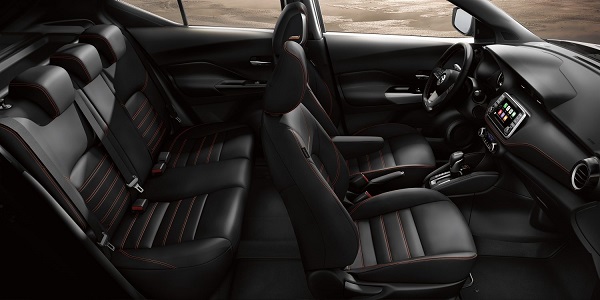 Inside, Nissan delivers an interior that has a good quality vibe for the price point. Yes, there are some large plastic components that give away the low price, but in many areas, the Kicks looks sharp. Nissan wisely chose to locate those upscale parts where your eyes are going to land in normal ownership. The dash section where the infotainment screen, HVAC control, and shifter reside are nicely done. We found the Kicks a little tight in one area. The storage area between the front two seats. The driver gets an armrest, but the console area here is not as large as on compact crossover and that space is missed. 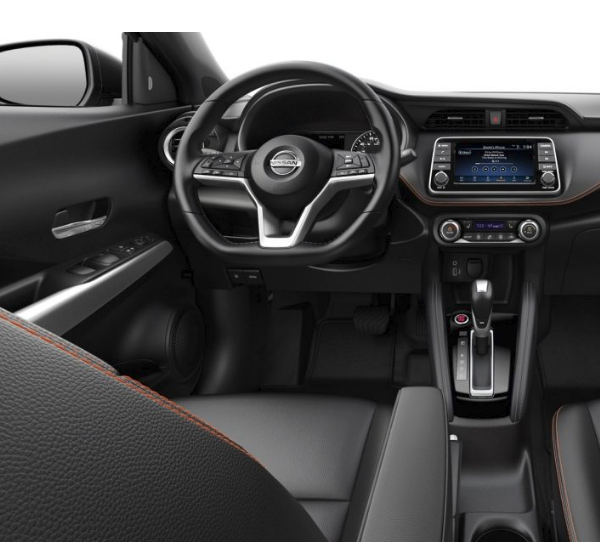 Technology (9/10)
We would have given the Kicks a 10/10 in our ranking except for one thing - it lacks Android Auto and Apple CarPlay in its base trim. Whoever buys that trim is going to miss it when they own it, and then again when they sell it. On the ups0de, the top two trims do have Android Auto and Apple CarPlay. Nearly half of the adult population with a smartphone owns one that runs Android. You won't find Android Auto in any BMW or Toyota or Lexus. But here it is in an entry-level Nissan for $20K.

The Kicks scores well again in terms of fuel economy. Rather at 31 City and 33 Combined by the EPA's estimation, the Kicks is very frugal. In fact, the Kicks has a lower cost for fuel than the Chevy Cruze diesel hatchback. In our testing, we recorded a fuel economy of 43 MPG over about 400 miles of driving measured at the pump. Our driving included a lot of suburban roads and the Kicks is crazy efficient in that setting.

The Kicks is new to the United States and predicting its reliability and quality is a bit of a guess. The tea leaves at Consumer Reports are saying a 3/5 for a predicted reliability. In the latest J.D. Power and Associates Initial Quality Study, Nissan scored well above average and beat brands like BMW, Infiniti, Acura, and Audi. We went with a 7/10 for the new Kicks and hope to see it do even better. Only time will tell. 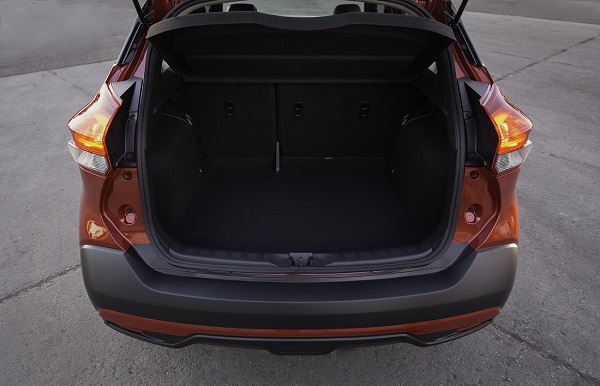 The Kicks has not yet been safety tested by IIHS or NHTSA. That information would be one of the first things we suggest a shopper look up before buying if it is available. We can say that every Nissan Kicks has forward collision mitigation with emergency auto braking. In all cars this is important, in small cars it is even more of a help. Nissan deserves credit for making this technology standard on every Kicks trim. The top two trims have rear cross traffic alert and blind spot monitoring.

Performance is always relative. Considering its entry-level segment and the fact that this is a $20K vehicle the Kicks scores a 10/10 with us for performance. The Kicks feels peppy and fun in town and on suburban back roads is also quite enjoyable. The constantly variable transmission (CVT) does a great job of staying out of the way and even adds a shifting sensation when you push the Kicks. The Kicks turns and stops well and there is no goofiness in its handling, something many entry-level cars of the past suffered from.

If we could give the kicks a score higher than 10 for pricing and value we would. At its price point, this Nissan offers buyers a vehicle they won't be dying to trade up from. The Kicks is a car that won't embarrass you on a date or when driving home a coworker. With great safety and technology available, the Kicks is also a car that will age well in the coming five years. 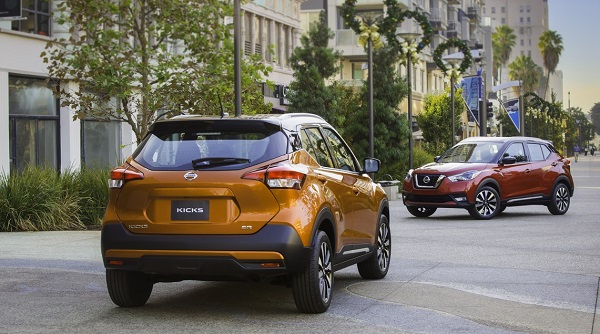 The Kicks has some tough new company in the price point in which it resides. The Toyota Corolla Hatchback is a bit more expensive, but in a head to head comparison, we would lean the Kicks way strictly on the Android Auto availability. We also like the Kicks' looks and style more than a true "hatchback" type look. Small cars aren't cool anymore. We aren't sure they ever were in America. The Kicks may not actually be a crossover, but it sure looks like one.

Given the small difference in price between the base and the next two trims, we would suggest strongly that any buyer consider the SV or SR. Smartphone integration is important for many reasons, including safety. We also think that the resale value may be better with the added content.

We loved the new Nissan Kicks and found it to be a fun car we wish were available back when we first started buying our first new cars.