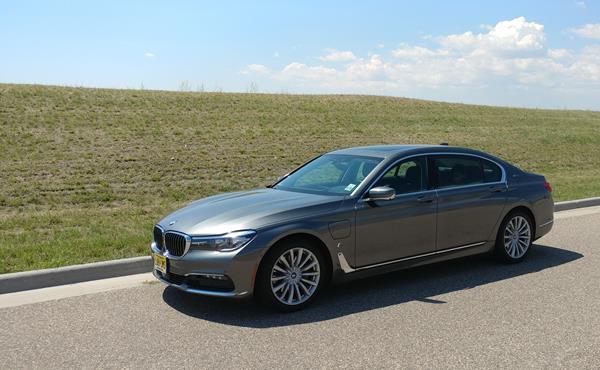 The 2018 BMW 7 Series marks the second year of this new-generation 7. As a full-sized luxury sedan, the BMW 7 Series competes in a very high-end market and with some powertrain options added for 2018, it's now one of the most compelling offerings to be had.

For 2018, BMW added both the 740e plug-in hybrid and a high-performance V12-powered M760i model. These come in addition to the 740i turbocharged six-cylinder and the 750i turbocharged eight-cylinder option. All three have plenty to offer, with each filling a need.

We like the 2018 BMW 7 Series for its extremely well-balanced drive quality, beautiful interior design, and excellent dynamic. Prices range from relatively inexpensive to mind boggling with the 7 Series, as with most in the uber-lux categories, but the car delivers as well.

The 2018 BMW 7 Series is a full-sized sedan that seats up to five. Available in four basic trim levels, each with a different powertrain, the 7 Series has several add-on packages to bring more and more technology and luxury to the car. 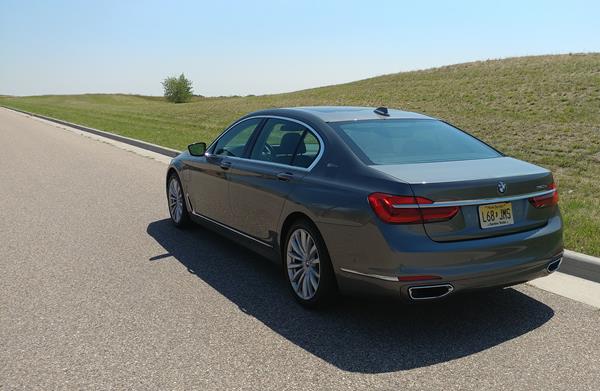 It is difficult to find a more well-designed car than the big 2018 7 Series sedan. Simplicity of form is the general rule at BMW and the 7 carries that motif well. Most of the design elements are hidden in the basic overall conceptual of the almost minimalist BMW 7 Series design.

The front fascia of the 2018 BMW 7 Series has the signature kidney-shaped grille flanked by narrow, stretched headlamps, all of which sits atop flared and inset fog lamp bezels and intakes. The hood rises gently from the grille with speed lines at either side of the BMW marque. The long, not-quite-flat hood meets the windscreen at a low, fast-paced angle. Fenders are thus flared a bit by the flattened hood, creating a more robust appearance up front.

Along the bodywork, adornment is limited to the motion line running from the front headlamps, curving slightly over the front fender and wheel well, along the doors, to mark the rear fender's light bulge. A somewhat heavy rear pillar and clipped trunk for a fastback appearance finishes the look and creates the saloon-dominated look of the BMW 7 Series.

This large, ready, and almost minimalist look for the big sedan holds a lot of style. Small details, such as near-hidden bone lines in the bodywork and a sensual appeal to the roofline's curvature, build on what would otherwise be somewhat plain looks. An edge piece from the front fender and along the bottom edge of the body creates a hint at running boards while well-wrought wheels and a luxurious greenhouse keep the car noteworthy.

It's an overall very well-done design that fits within the BMW persona very well. 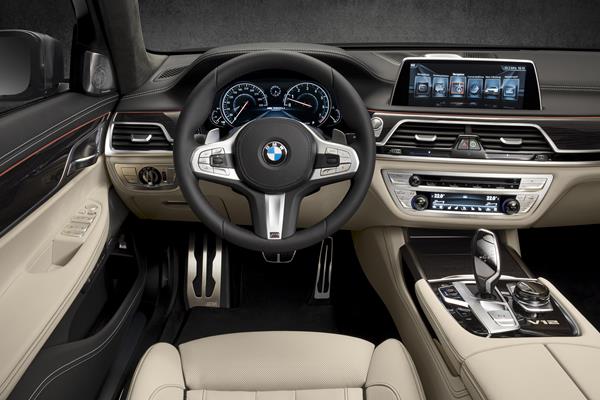 The interior of the 2018 BMW 7 Series is top notch with refinement and quality materials throughout. There's a lot of room in the 7 as well, with big door openings to make getting in and out easier. Assuming you have plenty of garage space, of course.

The 2018 7 Series neither distinguishes itself nor comes up short when it comes to storage and cargo space. It's about average on all counts, with enough to keep most from feeling chinsed but not enough that one's stuff will begin to pile up hoarder-style. In the trunk, there is room enough for a lot of things, though room in the 740e's is less so than the others due to the battery pack's infringement.

Seating throughout the big 7 Series is gargantuan. Not even the person in the middle of the back seats will feel like the odd man out. Compared to the other four positions, that center spot is not as cush or nice, of course, but compared to nearly any other standard sedan on the market, that middle spot is great.

Where the action really happens, though, is up front. The driver's seat is treated to the usual BMW treatment, putting everything within reach and front-center. Controls layout is very good, the center stack is well-done, and the information screens and gauges are nicely aligned. The infotainment controls are a bit off to the side, aimed towards sharing with the front passenger, but not so much so that they're hard to use.

Like all BMW models, the 7 Series is designed specifically as a driver's experience with the goal being to make the drive quality engaging, the experience luxurious, and the feel exhilarating. All models of the BMW 7 Series achieve this goal. 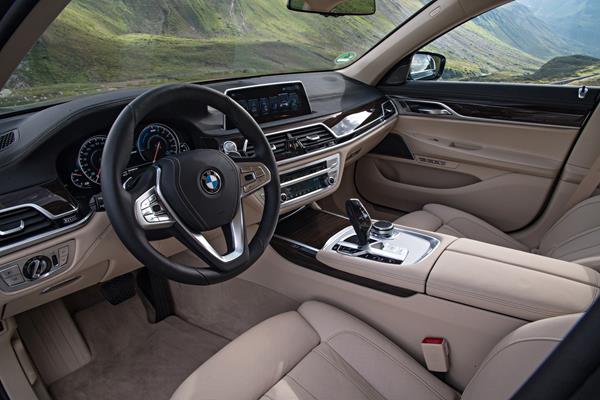 We like BMW's iDrive, which has a fairly tough learning curve compared to some lower-end rivals, but which is robust with features. More advanced features can be ignored by those who don't need them, making the interface easier, and built-in tutorials and manual references make the learning curve simpler for those inclined to spend some time with the system. BMW's infotainment is one of the more sophisticated in the luxury realm.

The base model doesn't come with much in the way of driver assistance, but adding the Driving Assistance Package and DA Plus package brings adaptive cruise control, semi-automated parking, and several safety systems.

The plug-in hybrid 740e model is EPA-rated at a combined 64 MPGe. It is capable of about 14 miles per charge in all-electric mode and otherwise gets fuel economy roughly equivalent to the 740i without electric power.

The 2018 BMW 7 Series is a bit better than average for reliability, with a J.D. Power and Associates Vehicle Dependability Study result of "Better Than Most." We'd like to see more from BMW and note that this slight improvement is a good indication of a higher expected dependability. 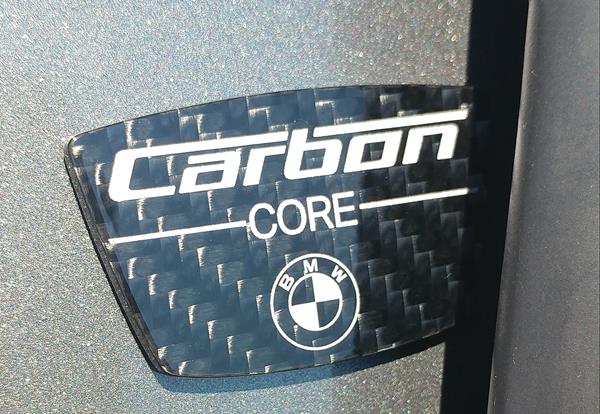 There are no safety metrics for the 2018 BMW 7 Series as neither the National Highway Traffic Safety Administration (NHTSA) nor the Insurance Institute for Highway Safety (IIHS) have published crash test scores for the car in any of its renditions. Historically, this large sedan has done well in accident assessments, so we are scoring based on that assumption.

The base model 2018 BMW 740i uses a V6 twin-turbocharged to produce 320 horsepower. The 750i has a 4.4-liter V8 for even more. Most performance in these models is very good for the class, with good engine sounds, excellent exhaust notes, and solid drive quality.

The best of the bunch, in terms of overall balance, capability, and power balance is the 2018 BMW 740e iPerformance model. This produces 322 combined horsepower from its engine and electric motor and can do 0-60 mph sprints in about 5.5 seconds. The batteries add weight to the center of the car, balancing it and lower its center of gravity, for better handling as well.

Over all of this, the 2018 BMW 7 Series is a quiet, luxurious car when not being pressed into performance driving. It's comfortable, balanced, and confident in itself no matter its drivetrain.

The 2018 BMW 7 Series is not a low-cost automobile, with a starting price that can rival the price of a house. Its chief value metric is based on its luxurious return for the money spent. With a good mixture of drive quality, interior comfort, and excellent performance, the 7 Series definitely does deliver what's expected.

Most buyers are likely to be in the V8 or plug-in hybrid models, which offer good options for balance between dynamics and efficiency. 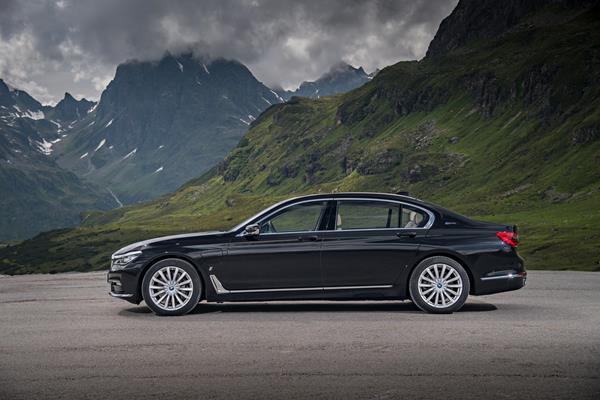 Competitors in the very high end luxury makes are few with the chief competition for the 2018 BMW 7 Series coming from Mercedes-Benz in the form of the S-Class and from Porsche in the Panamera. The S-Class sets the bar for the segment and offers a lot of competition for the BMW. It's primary weakness is in controls layout and inferior infotainment, but the S-Class is generally a well-balanced sedan. The Panamera offers more sport and spirited presence, but less interior space and lower just about everything else when compared to the 7 Series.

The 2018 BMW 7 Series is an excellent choice in the full-sized luxury sedan market. It offers a nice balanced view on what a high-end luxury car should be, with all of the ingredients needed for a well-made cake. With icing on the top in the form of the unusually astute 740e plug-in hybrid.