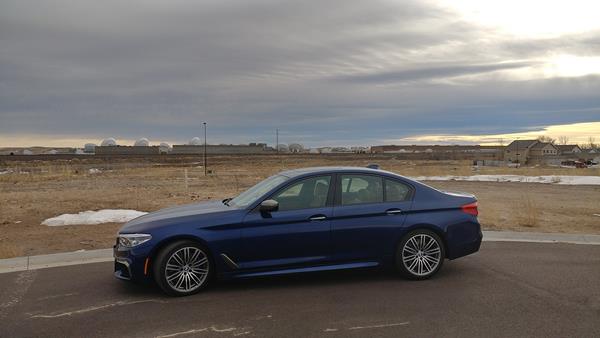 BMW introduced an entirely new 5 Series sedan for the 2017 model year, and that very well-done luxury sedan continues forward this year. It's a good thing, as the 2017 5 Series was one of the highest-rated cars we've reviewed.

The 2018 BMW 5 Series adds a plug-in hybrid 530e iPerformance model and a performance-oriented M550i xDrive as new options. The not very popular Gran Turismo hatchback model has been discontinued.

Most well known for its excellent drive dynamics and beautiful interiors, the BMW 5 Series holds that tradition while adding new technologies and more interior space. Notable changes in the new-generation 5 Series are the longer, sleeker look of the car; the immense amount of technology offered and more efficiency. Technology in the 2018 5 Series includes a host of driver aids and safety items, improved infotainment and better performance.

The 2018 BMW 5 Series is the midsize luxury sedan to beat, as it often has been in the past. But it doesn't lack for competitors in today's contentious market. 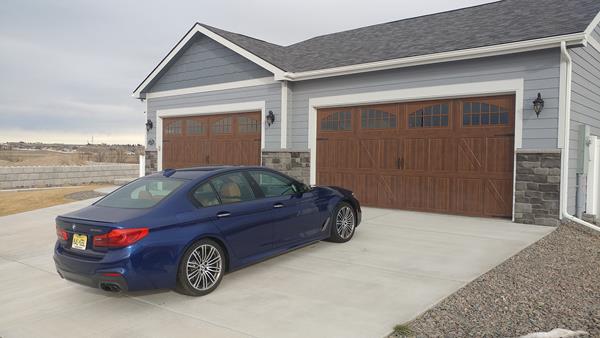 Those familiar with the previous generation of the BMW 5 Series will immediately recognize this new-gen as a continuation of it. The kidney grille is subdued but still definitely there, and the fast-paced, straight body design with the sloopy-styled hood and low-to-the-ground look remains. This new-generation is a bit longer than before, but widens a touch and sits lower at the roofline to keep that overall fast-paced appeal.

This new BMW 5 Series has narrower headlamps, and a less pronounced lower scoop and larger foglamp bezels help balance out the narrower overall look. Body lines are heavier, and help deemphasize the slightly larger greenhouse (for better visibility) and keep the low-top, fastback appearance of the car overall.

The overall saloon-style, speedy pace of the 2018 BMW 5 Series' look is well done and matches what has been seen on other sedans in the BMW line.

The interior of the 2018 5 Series is a beautiful evolution of design built on the previous generation's high appeal. Like the car's exterior, the interior sees a lot of updating without fundamentally changing what makes this midsize luxury sedan a favorite. Most notable are changes to the shape of the dashboard and added rear legroom. 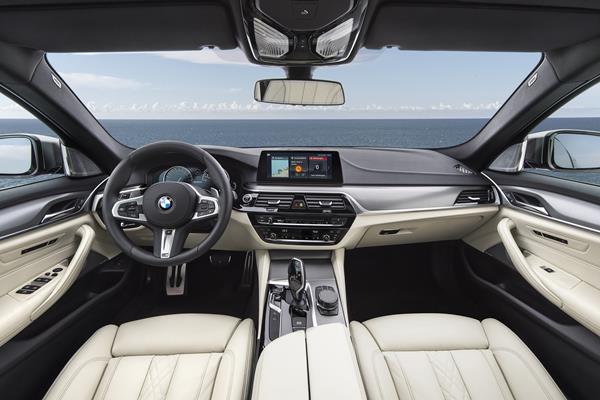 Lower and wider, the dashboard gives more room for the driver and front passenger without losing utility. Technology is more integrated into the new design, giving the BMW's interior a more modern look. The minimalist appeal of Teutonic design remains with the new 5 Series, but accommodates the expectations of tech and storage of today's driver. Most of this is accomplished with a thicker center stack to allow narrower flanks toward the driver and passenger.

Digital outputs are more plentiful in the 2018 5 Series, giving a more versatile and modern look to the instrument cluster and center stack. A few extra buttons are added for updated driver's aids in some models, allowing more control with less time on the virtual screen and its command dial. Convenience is a little more at the fore in this new-generation 5 Series.

Drivers from previous generations or other BMW vehicles, will not feel lost or have to re-learn much with the new 5 Series. The 2018 model holds the same familiar layout for basic controls (turn signals, cruise control, etc) as several generations up to this point.

Seating in the 2018 BMW 5 Series is excellent with adjustments only getting better as the package levels improve. Massage units and dynamic seat bolstering are offered in some packages, and adjustments for instrumentation and the like are found in even the base model offering.

In the back seats, passengers will find a full inch of extra legroom over the previous-gen 5 Series and more headroom than the low roofline might imply. The 2018 BMW 5 Series is one of the roomiest on the market when it comes to the back seat, though three across might be a stretch with any child safety seats. The aggressive Euro-style bolstering in the rear doesn't help this point.

The trunk of the 2018 5 Series is huge, holding 18.4 to 18.7 cubic feet in most models, depending on options. The split-folding rear seats are standard, allowing cargo pass-through with a ski pass through on some options. 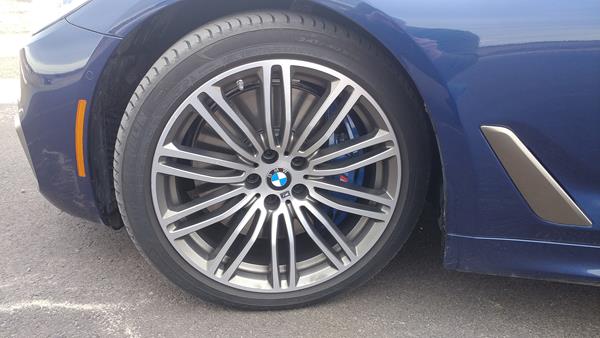 The 2018 BMW 5 Series is one of the most technologically advanced vehicles on the road today. Crisp graphics output and a fast response to user inputs are the norm for its infotainment, and that's exemplified in the 5 Series as the make's best-selling sedan. A new iDrive controller debuted last year, adding more functionality, easier use and a top-mounted touchpad for input on some menus and apps.

The iDrive controller sits just to the right of the shifter and is sensitive to driver versus front passenger input, unlocking screens and apps for the passenger that would otherwise be closed while the vehicle is in motion. This comes courtesy of the optional gesture controls in the 2018 5 Series, which allow simple hand motions and finger movements to control aspects of the infotainment. Most of them are tied to phone and audio uses.

Updated driver's aids are also available in the 2018 BMW 5 Series sedan. Remote parking is foremost among those, allowing the car to be controlled via a smartphone from outside the driver's seat for getting into very tight spaces. The BMW app shows a top-down view of the car if the smartphone is in close proximity and lets the driver slowly control the car to get into a space.

Other technologies such as Bluetooth connectivity and remote start are all standard in the BMW 5 Series. The 2018 model also has a self-parking option for parallel and perpendicular parking situations in which the driver partially controls the vehicle during maneuvers.

Fuel economy in the 2018 5 Series is very good for the luxury segment, but depends on the model chosen, of course. 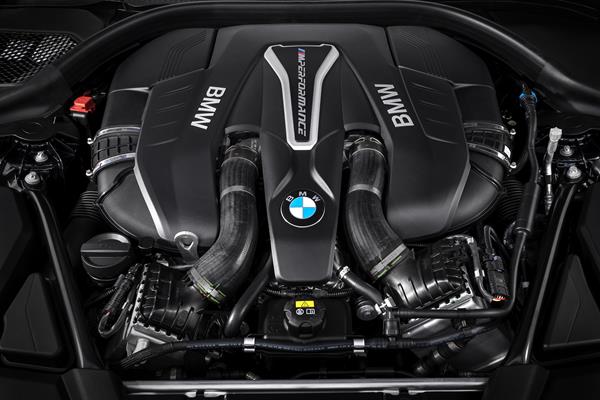 Although there are not yet any J.D. Power and Associates Vehicle Dependability Study results for the 2018 model year, the 2018 5 Series is largely unchanged from the 2017 model year when the 5 Series received a "Better Than Most" rating. We expect that to remain unchanged for 2018.

As of this writing, the 2018 BMW 5 Series has not yet received a crash test rating from the National Highway Traffic Safety Administration (NHTSA). For 2017, the 5 Series received a 5-Star overall rating and we do not expect that to change for the new model year. We note that crash testing on the plug-in hybrid 530e model has not been conducted and may alter the overall rating somewhat.

The Insurance Institute for Highway Safety (IIHS) gave the 2018 BMW 5 Series sedan its highest rating of "Top Safety Pick+," which the car also received for 2017. This rating requires top scores on all crash tests, plus top scoring on advanced safety measures.

Performance in the 2018 BMW 5 Series improves from 2017, thanks to the two new drivetrains available for the car. The M550i performance model helps round out the 5 Series' overall offering, while the 530e plug-in brings a new level of economy-minded driving without sacrificing the overall dynamic the 5 Series is known for.

The base model BMW 530i has a 2.0-liter four-cylinder engine that's turbocharged to bring 248 horsepower. Virtually identical to the 5 Series model we drove last year, the 2018 530i has both rear-wheel and all-wheel drive as options, and a dynamic appeal to its drive quality. Fuel economy was excellent and on par with EPA expectations. 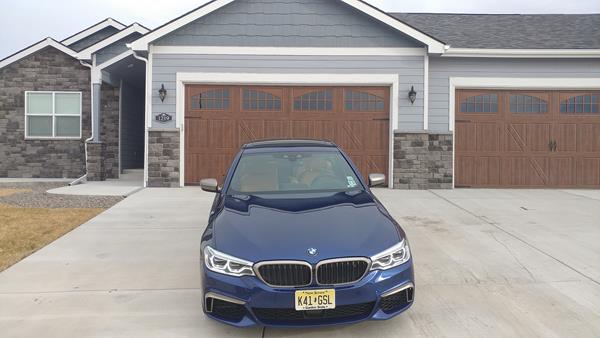 The 2018 540i is powered by a 335-horsepower V6 that turbocharges to produce almost as much torque as HP. This is a power-hungry, but still economical vehicle with strong appeal for mid-level buyers who want more pep without losing too much of the fuel-sipping quality of the base engine.

New this year is the 530e model with its plug-in hybrid powertrain. This model uses the same 2.0L engine as the 530i, but adds hybrid components for a total output of 248 horses. Extra weight in the car (batteries, electronics) cancel out the upgrade brought with the more available torque, but doesn't change the excellent drive appeal that makes the plug-in commensurate with the 530i for how it feels on the road.

Also added this year, is a big horsepower-pushing V8 option in the M550i. This model's 4.4-liter eight has twin turbochargers and a massive 456 horsepower rating. Our week in this model showed that it's extremely muscular and fun to drive, pushing the limits of what might be expected of a luxury sedan today. The AMG additions for chassis control are very welcome on this performance model. AWD is standard in the 550i.

Even the most respectable and sedate of the 2018 BMW 5 Series models offers sub-6-second 0-60 mph times. The M550i boosts that to just under 5 seconds, as we found in real world averages.

The 2018 BMW 5 Series is not one of the more low-cost vehicles in the luxury market. It often sits near the top in terms of price for the accouterments. On paper, at least. In reality, the stiff competition in this market may help offset that more expensive price tag. That seems at odds, but in comparison many buyers will find the extra cost worth it given the 5 Series' overall excellence in almost every measure.

We believe most buyers will be happy with the 540i model's solid mixture of performance and comfort with real-world fuel economy expectations. Those who live where tax incentives are highest will be well served with the new 530e plug-in, and those who are most interested in performance above all else will be happy to see the new M550i offered.

Resale values for the BMW 5 Series have not generally been high in the past and we do not expect that to change soon, though the performance and plug-in models may see higher retention rates. 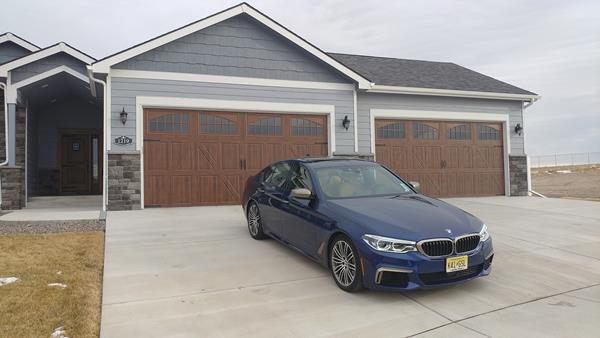 The 2018 BMW 5 Series sees a two point jump in scoring this year versus last year, thanks to the newly added models for fuel economy and performance. That said, the midsize luxury sedan market is thick with excellent competition for the BMW.

The most competitive may be the Mercedes-Benz E-Class, which was introduced last year and continues to dominate segment sales. The E is comparable in every way to the 5 Series, but does not yet offer a plug-in hybrid or a technology-laden option to compare with what the 5 Series has now.

Similarly, the Lexus ES is an option that has more interior luxury than the BMW 5. Pricing will also be a draw for the Lexus, though style and a lack of a true performance model may turn some buyers away.

The 2018 BMW 5 Series is a well-rounded, well-done vehicle that sets benchmarks for the class. With a balanced mix of luxury, style, performance and fuel economy (for the class), the 5 Series now has models to cover the needs of most buyers in this segment. The very advanced technology available for the vehicle is just another selling point among many.