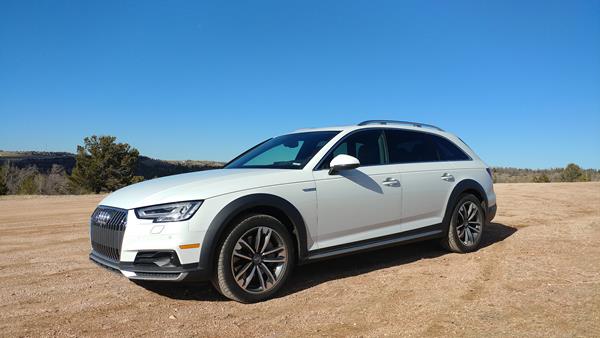 The station wagon appears to be making a comeback. Led by European makes like Audi, wagons are seeing a resurgence as the new small crossover of choice. The Audi A4 Allroad made its debut in this new-generation format last year and people seem to be responding with purchasing dollars.

The 2018 Audi A4 Allroad carries forward largely unchanged from the 2017 model year, save for a few items moving around inside the trim package options. Based on the A4 sedan, the Allroad features standard all-wheel drive, a higher ride height, station wagon hatchback styling, and the increased interior space that comes with that.

The Allroad seats up to five, has room for a lot of stuff, and rides very comfortably. There are three trim levels for the A4 Allroad, each utilizing the same well-matched engine and drivetrain. 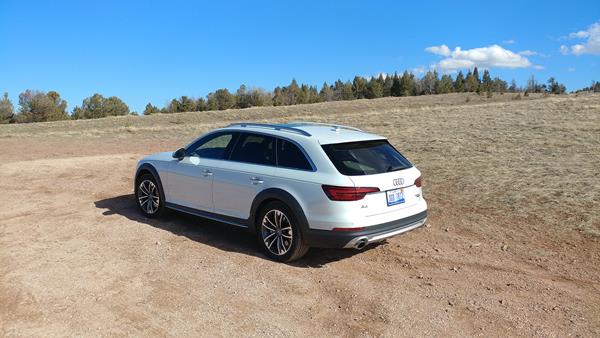 The 2018 A4 Allroad has a good look about it, with styling based largely on the A4 sedan. Audi's signature cascading grille dominates the front fascia and is flanked by narrow headlamps with LED daytime runners. Below the headlamps are small foglamp bezels, mirroring the headlamp's main eye, and a lower intake port. The hood of the Audi A4 Allroad rises quickly in a smooth curve to the windscreen, with simple lines to give it character and class.

Bodywork on the Allroad is also simple, as befits today's luxury makes, using simple lines to make luxurious points. The main beltline runs from top edge of the headlamp, along the fender and doors, to the rear tail lamp's corner. This wide, high beltline is mirrored by a slightly beveled lower running board cut. Thick lower body protection and heavy wheel well liners emphasize the higher ride height and off-pavement credibility of the Allroad.

The roofline of the Allroad is similar to the A4 sedan, but the wagon-styled rear end adds a crossover-ish touch. Simplicity is the core of the 2018 Audi A4 Allroad's overall design.

Almost across the board, the 2018 A4 Allroad's interior hits every mark very well. Audi makes comfortable interiors and the Allroad benefits from that. Aesthetically, the interior of the A4 Allroad is similar to the A4 sedan, which means it's beautifully done and full of appeal.

The 2018 Audi Allroad is easy to get in and out of, and the front seating is very, very good. We like the firm, but forgiving seat cushioning for the driver and front passenger. The amount of adjustment allows for everyone to find a fit.

In the back, outboard seating is also very good with plenty of legroom and lots of headroom. The same can't be said for the center position, which is cramped and has no leg space due to the driveline tunnel for the all-wheel drive.

Controls and functions for the driver are all intuitive and easy to get used to. An Audi signature is well-placed pedals, which the A4 Allroad exemplifies. Visibility is equally good with plenty of see-around from just about every spot. The side mirrors are large enough to make up for losses from the center and rear pillars.

The 2018 A4 Allroad has a good amount of cargo space that's all useful. Rear seats can be folded immediately by simply pulling releases in the cargo space or by individually pulling levers on the seats themselves. The 40/20/40 split-fold rear bench makes putting all types of cargo into the car an easy task.

For parents, the rear bench will accommodate two full-sized child safety seats with easy access to the LATCH and overhead anchors (located on the back of the seats). The center position is best used only by those in booster chairs or who require no safety seat at all. 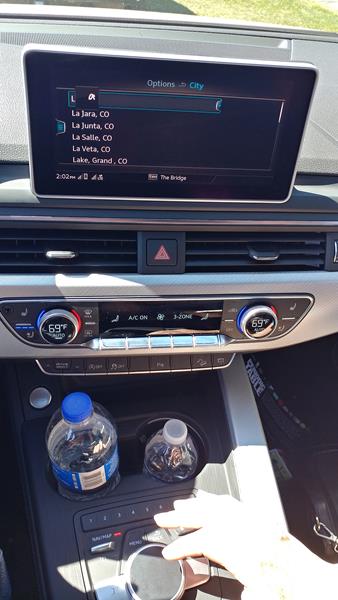 We became fans of the new Audi infotainment system and the virtual instrument cluster right away. The Virtual Cockpit instruments are available on the upper trims or as an upgrade with the upgraded audio. They offer a clear, customizable cluster of driver's instruments that are very well done.

Infotainment centers on the central screen, which has Apple CarPlay as standard and Android Auto as well. Two USB ports and two SD card slots are also standard. The MMI system offers a reasonably intuitive interface with much of the learning curve being getting used to choosing and then selecting options with a button press. The menus are largely straightforward with only the most nitty gritty cockpit details and vehicle settings buried deeply within.

A major weak point for the 2018 Audi A4 Allroad is in its fuel economy returns. Like many competitors, the Allroad has standard all-wheel drive. It's EPA-rated at only 22 mpg in the city and 30 mpg on the highway. 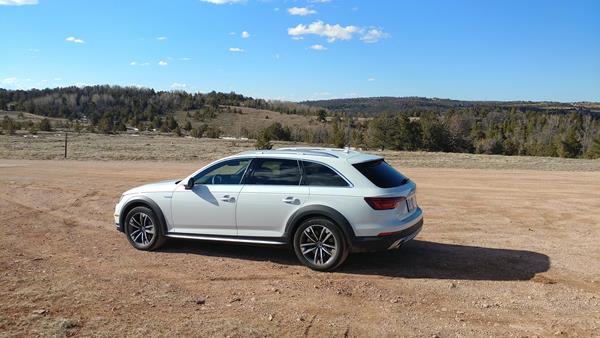 The 2018 model year A4 Allroad has not yet been rated for reliability, but the basically identical 2017 model received a J.D. Power and Associates Vehicle Dependability Study score of "About Average." We expect that will carry through to 2018.

The 2018 Audi A4 Allroad has received excellent safety scores from both the National Highway Traffic Safety Administration (NHTSA) and the Insurance Institute for Highway Safety (IIHS).

The 2018 Allroad is powered by a well-done 2.0-liter four-cylinder that's turbocharged to 252 horsepower and paired to a well-programmed seven-speed automatic transmission. Power delivery is very good and the transmission is not afraid to downshift for added acceleration. Shifting is otherwise about average, with some lag going up the gears in all but the most spirited driving.

On the road, the Audi Allroad is very quiet and fun to drive. It feels like a sports sedan with good handling and predictable steering. At highway speeds, the Allroad absorbs most of the road's bumps and pings with grace, but feels downright sporty and tight when driving at lower speeds around town.

The Quattro all-wheel drive system is nicely balanced with a good feel to it. Confidence is key, especially in inclement weather, and the Allroad has plenty of it. The car's off-pavement credibility is a little iffy, given its lower ground clearance than some competitors, but the Allroad is meant largely for handling in bad weather and on dirt roads. In those areas, it does very well.

The 2018 Audi A4 Allroad is a mixed bag when it comes to pricing and value. Its base and mid-level pricing is higher than the average for the segment. Rising sales of the Allroad also make it more difficult to find good deals on the vehicle at dealerships.

Where buyers will be impressed is with the overall value of the 2018 Allroad. The wagon carries a lot of equipment for the price paid and holds its resale value relatively well for the segment. 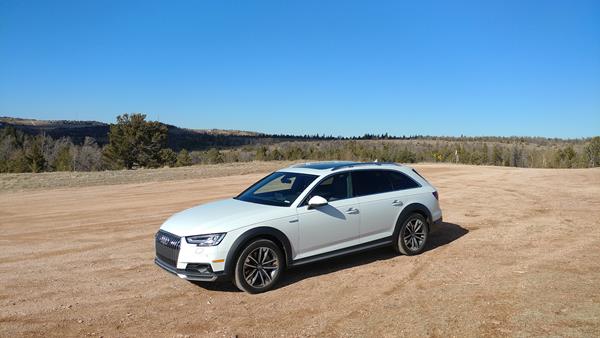 As the station wagon makes its comeback, the 2018 Audi A4 Allroad finds itself with more competition to deal with.

Expected competitors such as the BMW 3-Series wagon, the Mercedes-BEnz E-Class wagon, and the Volvo V60 are expensive options that compete well against the Audi on various fronts. New to the market is the Buick Regal TourX, which brings a lot of style to the segment, with a lower price point. The highest trim level of the best-selling Subaru Outback is also competitive.

The 2018 Audi A4 Allroad offers a lot of goodness for the buck, and we think buyers who are thorough in their research will not be disappointed. With a subtly classy curb presence, excellent road feel, and strong accouterments package, the Allroad offers a lot that's worth having.

Comparison of 2018 Audi A4 allroad with Similar Cars

Audi A4 allroad Cars for Sale