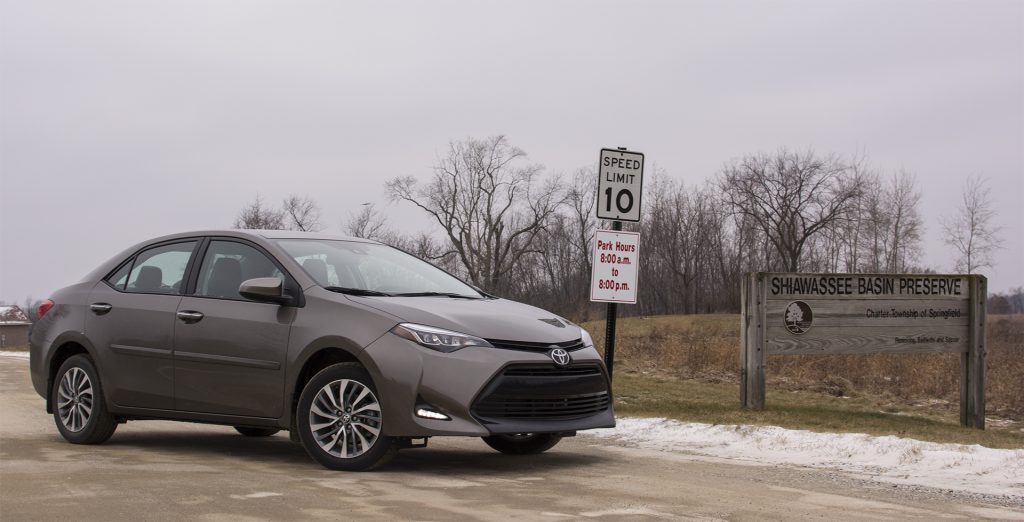 The Toyota Corolla is a rare vehicle where there is a wide chasm between those who love it and those who hate it. Any automotive writer will tell you the Corolla is soulless and not very fun to drive when compared to the competition. Owners will sing the praises of the Corolla's reliability and a long list of standard equipment. For the 2017 model year, Toyota has given the Corolla a bit of a nip and tuck, along with adding more equipment. After spending a week in it, we can say the 2017 Corolla isn't going to change the mind of either group.


What We Love About the 2017 Toyota Corolla:


What We Don't Love About the 2017 Toyota Corolla: 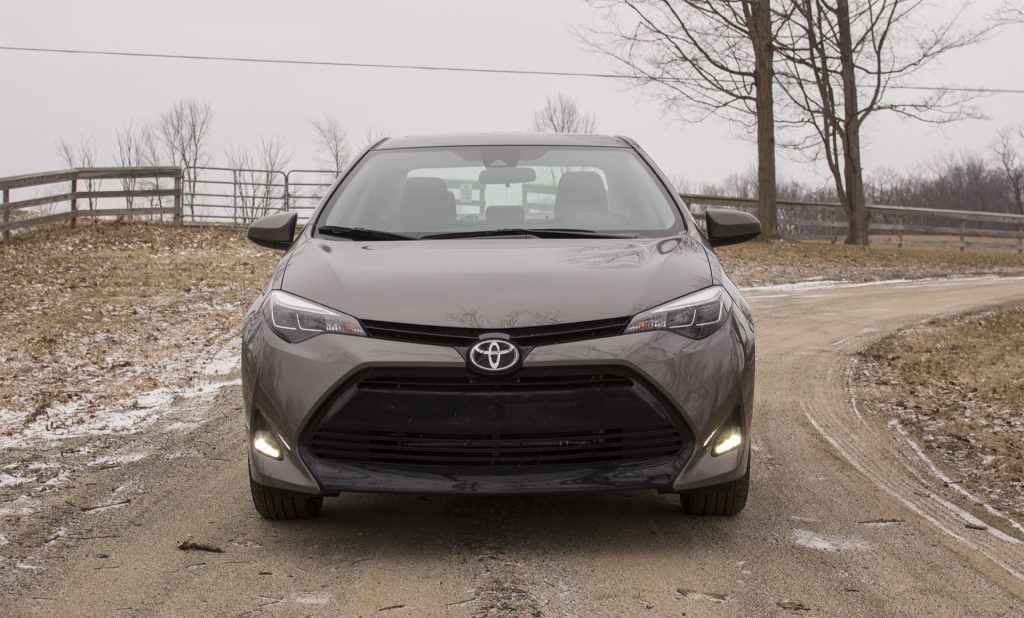 A major complaint of the previous Corolla was its styling. It didn't have any distinctive cues or something to set it apart. Toyota addressed this when it redesigned the Corolla in 2014. With sharp angles, a more aggressive front end and a short rear, the Corolla became a very polarizing model to look at.

Toyota has made Corolla even more polarizing for 2017. The front end comes with a slimmer top grille and massive bottom grille, chiseled front bumper and new Bi-LED headlights. Our XLE tester came with 16-inch alloy wheels which filled in the wheel wheels nicely. The rest of the design is the same as the 2014 redesign with a clean looking side profile and a curtailed back. 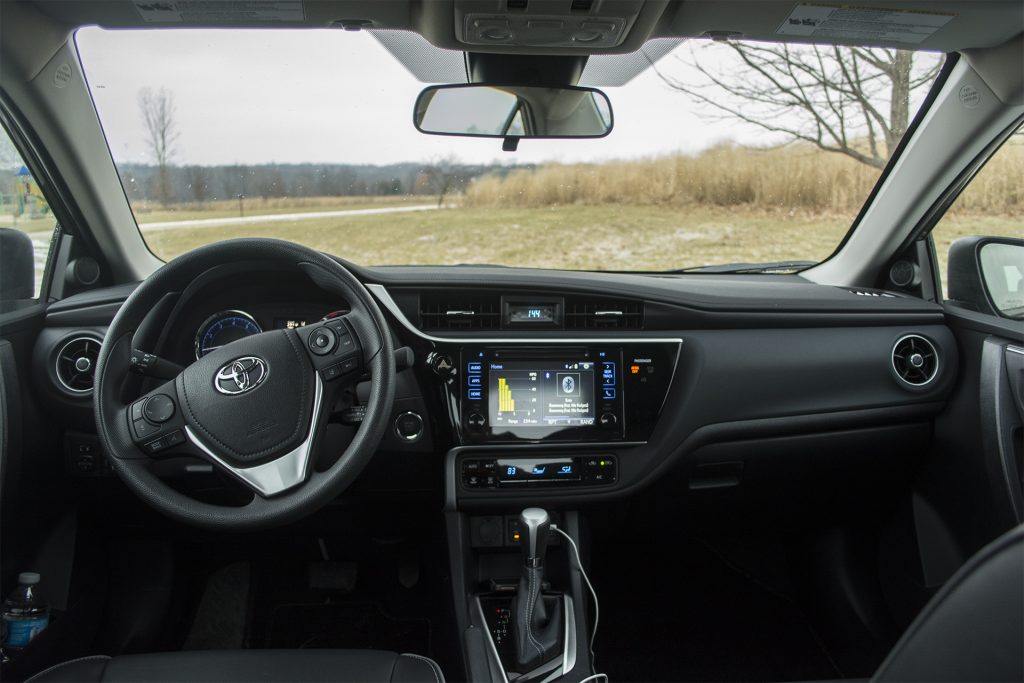 The current-generation Corolla's interior is Toyota's best effort to date and the small improvements done for the refresh make it better. Toyota has added a bit more soft-touch materials for the dash and door panels to give it a nicer feel. The Corolla has one of the most user-friendly control layouts in the compact class. Controls for the radio and HVAC systems are easy to find and reach whether you sitting in the driver or passenger seat.

In terms of comfort, the Corolla does OK. The front seats provide adequate comfort on short trips, but some drivers will likely wish for a bit more lumbar support on longer trips. An 8-way power seat for the driver comes standard on the XLE and makes finding a comfortable position a slightly easier. Passengers sitting the back will have no complaints in terms of legroom.

Headroom is a slightly different story, as tall passengers might need to slouch to not touch the headliner. Trunk space is about average for the class with 13 cubic feet. The Corolla earns points for a wide opening and split folding rear seats to increase space.

Toyota offers two different head units for the Corolla. The L, LE and SE come with a 6.1-inch touchscreen. The XLE, 50th Anniversary Special Edition and XSE come with a larger 7-inch screen. Both come with Toyota's Entune infotainment system, which we consider to be one of the easier systems on the market. It features a simple interface and quick performance. Entune also allows you to customize the home screen to provide various bits of information in one place. Navigation is available as an option. 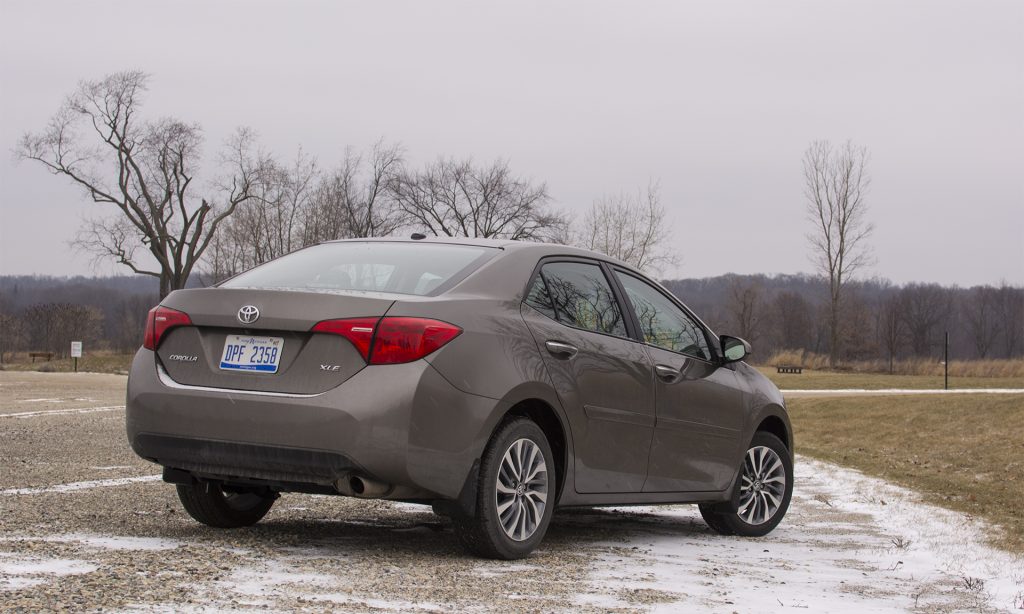 If you want a vehicle that can go the distance, look no further than the Corolla. Both Consumer Reports and J.D. Power give the Corolla high marks in terms of predicted reliability. The Corolla also scores very high in J.D. Power's Initial Quality Study.

When it comes to safety, the Corolla stands above the rest. For 2017, all Corolla trims get Toyota's Safety Sense-P suite of active safety features. This includes a pre-collision system with pedestrian detection, lane departure alert with steering assist, automatic high beams and radar cruise control. For a model with a starting price of $18,500, this is quite impressive. Other safety kit for the Corolla includes eight airbags, stability control, traction control, brake assist and backup camera.

In crash tests, the Corolla earned a 5-star overall rating from the National Highway Traffic Safety Administration. The Insurance Institute for Highway Safety named the Corolla a TopSafetyPick+ for earning a score of "Good" in all of their tests and having a number of active safety features. 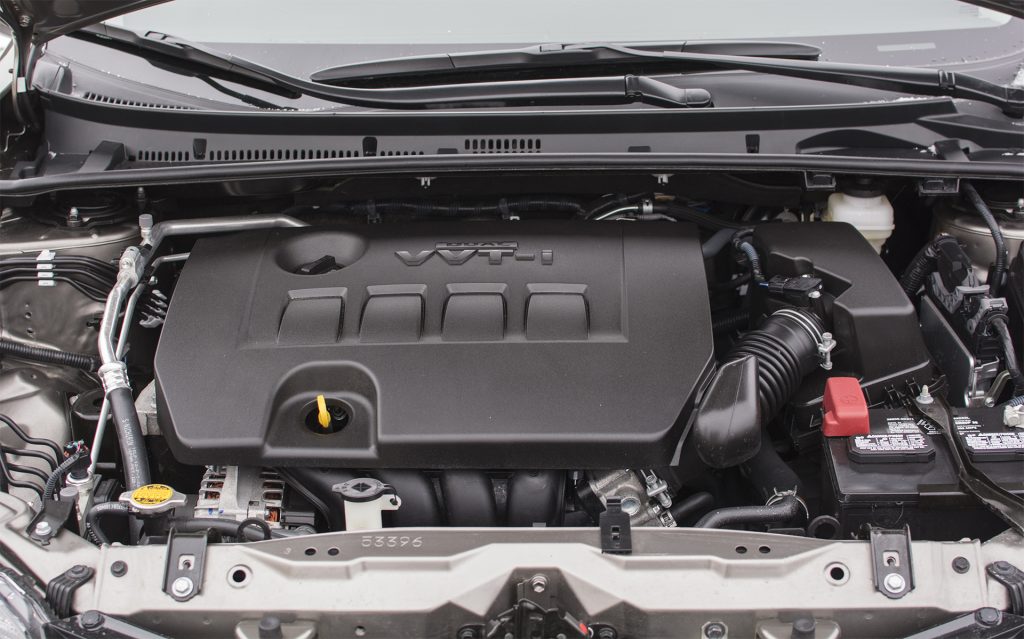 If there is a weak point to the Toyota Corolla, it has to be performance. Most Corollas like our tester come with a 1.8L 4-cylinder with 132 horsepower and 128 pound-feet of torque. The LE Eco gets a special version of the 1.8L that produces 140 horsepower and 126 pound-feet of torque. All Corollas except the SE get a CVT as standard. The SE has the choice of either a 6-speed manual or CVT.

The 4-cylinder's acceleration is very underwhelming as it takes its sweet time to get up to speed. If you step on the gas pedal in an effort to go faster, you'll end up increasing the amount of engine and CVT noise than actual speed. At least when you are driving around town, the CVT features simulated shift points to cut down on the drone these transmissions are known for. This works quite well.

The Corolla's ride is very compliant and smooths over most bumps and road imperfections with no issue. We do wish Toyota could make the Corolla a bit quieter when driving as a fair amount of wind and road noise comes inside. If you want a fun to drive compact, then pass on the Corolla. There is a fair amount of body roll when going into a corner. The steering feels overboosted and numb when turned.

The 2017 Corolla lineup begins at $18,500 for the base L and climbs to $22,680 for XSE. Our Corolla XLE tester has a base price of $21,825 and with a few accessories added, the as-tested price comes to $23,451. We're not sure if the XLE is worth it since you really don't get that much more in terms of features when compared to other Corolla models. The only items we can pick out that the XLE adds are push-button start, leatherette upholstery, power driver's seat, and a sunroof.

For most buyers, we would say the Corolla LE is the one to go for. You'll get most everything you'll need at a price that won't break the bank. 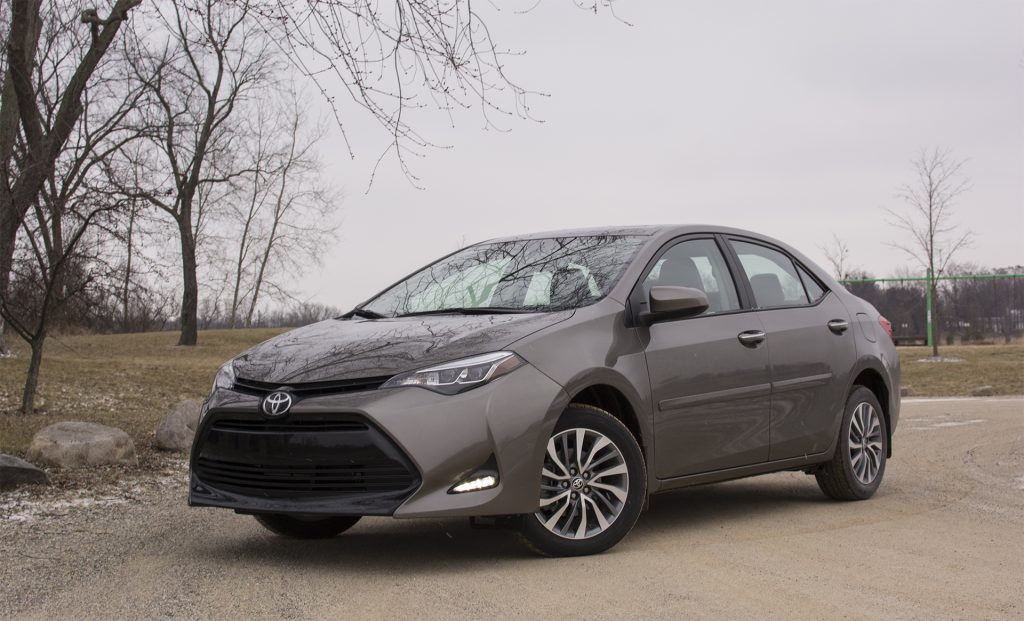 The past year has seen the compact segment become quite competitive with a number of automakers introducing redesigned models. The Honda Civic is considered by many to be best-in-class for its sharp looks, fun-to-drive characteristics and impressive fuel economy. The redesigned Chevrolet Cruze is excellent all-around and provides a lot of tech features for the money. If value is a major consideration, then the Hyundai Elantra and Kia Forte are worth a look.

For many buyers, the Corolla is a perfectly fine vehicle. It gets them from point A to B with no issues. But it falls behind the latest compact cars in terms of performance and handling. If you need a car to go the distance and will not trouble you, then the Corolla is worth a look. Otherwise take a very serious look at the competition before deciding to go with the Corolla.