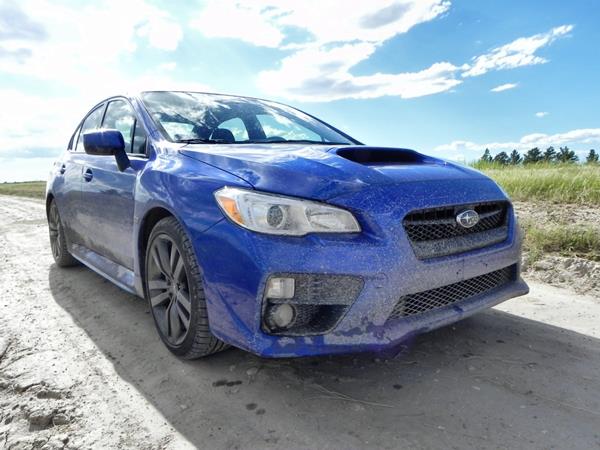 The Subaru WRX gets its name from World Rally Cross - and that explains the car's focus. Yes, it's a four-door sedan capable of toting the family around and grabbing some groceries in everyday use, but this is also an on/off-road racer made for spitting gravel and sliding corners. The fact that it can do that other stuff is icing on an already sweet cake.

The 2017 Subaru WRX carries through with the updates made to this generation of the rally car. A few detail changes for the interior mark the only difference between this WRX and the 2016 model. Next year for 2018, Subaru has promised a mid-cycle refresh for this fun little goer.

For those who want excitement in their daily drive but need the versatility of a small family car with a spacious trunk, the 2017 Subaru WRX is one of the best choices available. If comfort and convenience are your top priorities, the WRX may not be your thing. 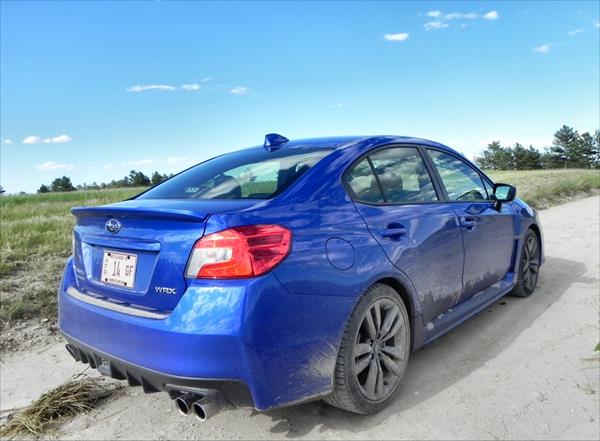 The 2017 WRX is a good-looking little sedan. In its base format it has an aggressive hood scoop, strong no-nonsense features, and just enough ground and wheel well clearance to let onlookers know it's a sports car. The overall design is a clipped-deck sedan with a strongly-curved roofline and edge-on wheels.

The WRX's looks begin with a thin front approach that angles sharply up into the hood and edges below the scoop with a race-inspired front baffle. Foglamps and headlamps are inset and angled, while the hood moves largely unadorned (outside of the large scoop at center) to the sharply raked windscreen.

Bodywork on the WRX is simple and relatively flat except for the fender emphasis up front and the rear fender lines behind. A sharp cut at bottom carries the front aerofoil back along the car as the running board cut. A sharply angled rear window gives a fastback look, and the clipped rear deck finishes the overall appeal.

The STI model adds some STI badges, more details to the front fascia and hood scoop, a large rear spoiler which can be optioned off or replaced with a smaller fin, and brightly painted brake calipers.

The 2017 WRX is clearly a sports and performance car, not a comfort mobile. That's made obvious by the interior, which is focused entirely on the driver. Thin roof pillars, well-bolstered front seating, and large side mirrors are the focus of the WRX's interior. The basic design and layout is plain and largely unadorned, even in the upper trims, and rear seating is cramped compared to many compacts. 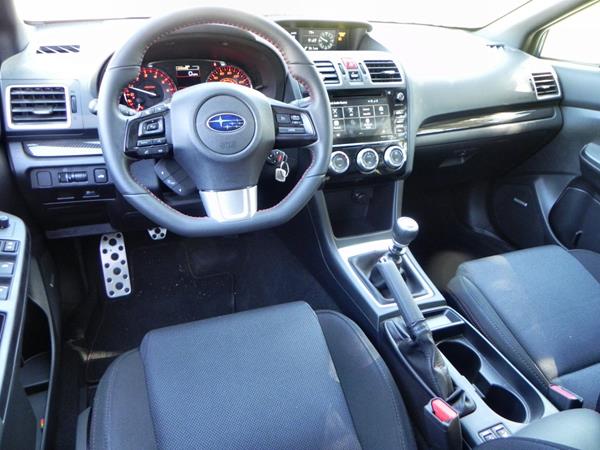 The driver's controls are easy to use. The sound system and exterior noise levels are noticeably better in this generation of the WRX versus previous gens of the car. Trunk space is a good-sized 12 cubic feet, which is smaller than some rivals but very useful thanks to its low sill and wide opening. Sadly there is no hatchback model with this generation of the WRX, so expanding rear seat and trunk space room is not an option.

Technology in the 2017 Subaru WRX is very good. The base level infotainment system centers on a decent little 6.2-inch touchscreen with a lot of basic connectivity and capability. Bluetooth and satellite radio are also standard, as is a rearview camera. Several options packages or trim upgrades allow both audio and infotainment upgrades.

The upgraded infotainment screen is a 7-inch display with improved audio output, navigation and more. This also adds Subaru's Starlink telematics, as well as several apps like Pandora and Aha. The touchscreen on the upgraded system acts like a smartphone/tablet with intuitive gestures for changing menus or altering the screen's output. Pinching the nav screen expands the view of the map and an "opening fingers" opposing gesture pulls in for a closer view.

A cool smartphone app option allows you to remote start (auto-trans only), lock or locate your WRX from your phone. 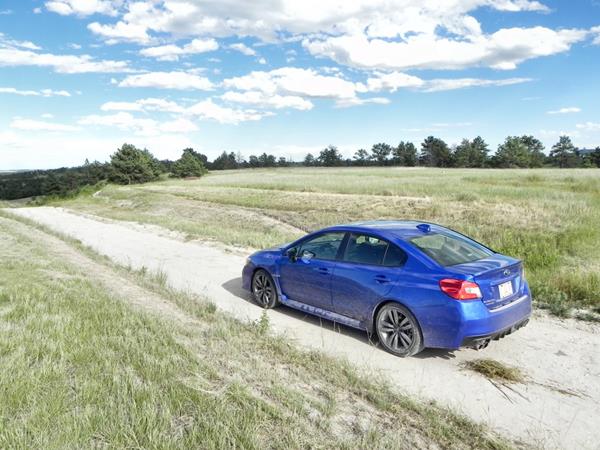 The fuel economy returns from the 2017 WRX are below average for the compact segment but on par with most performance-oriented cars in this field. The base engine in the WRX comes with both a manual and automated continuously variable transmission. The manual achieves an EPA estimated 23 mpg combined with 20 mpg in the city and 27 mpg on the highway. The CVT changes that to 21 mpg combined, 18 city and 24 highway.

The STI models have a larger engine and come only with the manual transmission. These models are EPA-rated at 19 mpg combined, with 17 mpg in the city and 23 mpg on the highway.

In the real world, driving both the WRX and the WRX STI, we found that the EPA's estimates are close to reality when performance driving is not included in the mix. With performance driving, those figures drop considerably (as would be expected).

The J.D. Power and Associates Vehicle Dependability Study gives the WRX an "About Average" rating for reliability. The Subaru brand as a whole enjoys high reliability expectation and ratings, but the Subaru WRX STI model, in particular, often has small problems that hamper its scores. Most WRX and WRX STI owners seem happy with their vehicles, and these cars have a history of extreme longevity.

The 2017 Subaru WRX has no thad crash test results published by the National Highway Traffic Safety Administration (NHTSA), marking two years in a row that the government elected not to crash test this car. Yet the Insurance Institute for Highway Safety (IIHS) has consistently crash tested the WRX and given it high marks for safety.

The 2017 WRX received a Top Safety Pick rating from the IIHS this year with perfect scores of "Good" across the board. This year, Subaru added the automatic braking system for the backup camera as standard equipment when the EyeSight safety system is equipped. 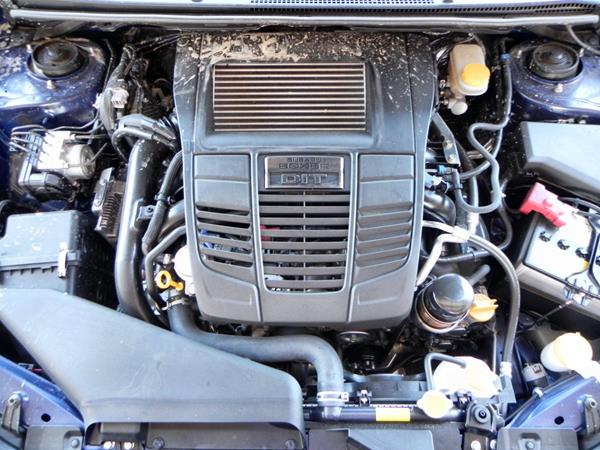 The 2017 Subaru WRX comes standard with a turbocharged 2.0-liter four-cylinder horizontally opposed (Boxer-style) engine and a six-speed manual transmission. This setup is rated at 268 horsepower and 258 pound-feet of torque. All-wheel drive is standard. An optional continuously variable transmission (CVT) is also available as an upgrade for automated shifting and includes paddle shifters mounted to the steering wheel.

With the WRX most drivers can expect to achieve 0-60 mph times of under 6 seconds, depending on transmission choice. Our average was 5.7 seconds with a manual transmission.

The WRX STI model has a 2.5-liter turbocharged four-cylinder engine that is also the Boxer style. This engine outputs 305 horsepower and 290 lb-ft of torque with a six-speed manual transmission as the only option. AWD is standard, as is a driver-controlled center differential and a lot of other performance goodies.

The STI model is capable of 0-60 times of about 5 seconds, with our average being 5.4. Few rivals in this segment can get close to that.

The WRX and WRX STI both have extremely well-vetted chops for performance driving and rally racing. They have superb handling, excellent cornering dynamics, over-built braking systems and powerful acceleration. Shifting is likewise dreamy with a short stick throw and extremely positive clutch.

The base model 2017 Subaru WRX is price competitive with most rivals when the Subaru's standard all-wheel drive is considered. Most buyers of the base WRX are likely getting into the Premium trim, which has better interior comforts and accouterments.

The 2017 WRX STI model is more expensive than some would-be rivals, but it truly has few actual competitors given its extreme performance and race focus. The STI is more likely to be purchased in its base trim level than in a premium-level one.

In either case, if the focus is on performance, the buyer has likely made a good choice with the WRX. Resale values are exceptional with this vehicle and versatility is enough that there is not much loss in daily use needs. 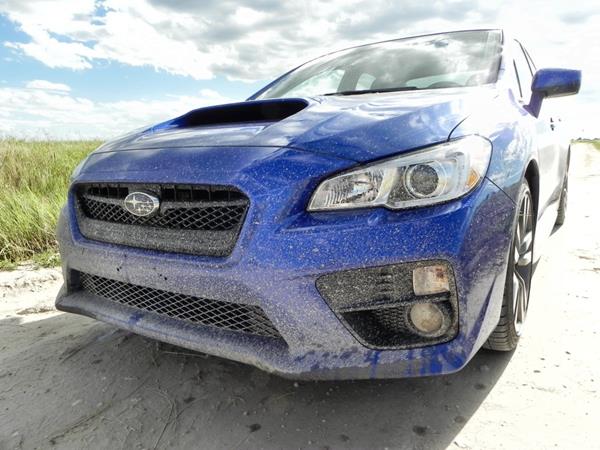 The 2017 Subaru WRX sees rivals in the Ford Focus ST, Focus RS and the Volkswagen GTI and Volkswagen Golf R. The Focus ST and GTI are rivals to the WRX, while the RS and R are rivals for the STI. Both options offer stiff competition against the Subaru models and both are available as hatchbacks while the WRX and WRX STI are not. All-wheel drive is not standard in either the Ford or Volkswagen models, but is available as an upgrade of this year in both.

In the end, the main differences are in the drive. The Ford models are generally punchier at higher speeds thanks to superior turbo spooling, but often not as fast off the line. The Volkswagen models are fast off the line and quick in the corner, but may not have that race-ready appeal the Subarus carry. Both the Ford and VW models have better interiors.

None of the competition has the race-cred chops of the Subaru WRX and WRX STI models nor the unlimited appeal that these Subys bring as their base currency. The 2017 Subaru WRX is a solid little rally fun machine that will always deliver.