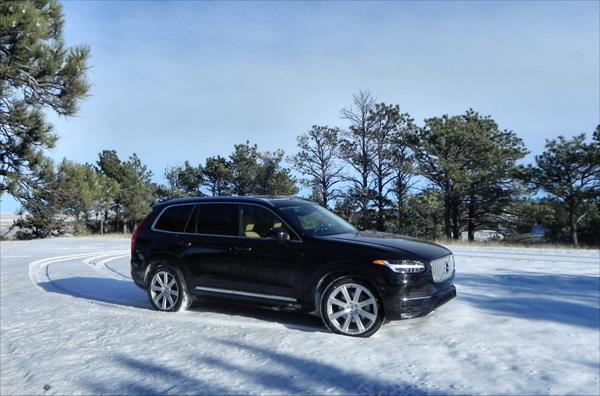 Overview (Final Score: B+)
The 2016 Volvo XC90 has won several awards since its introduction late last year. These well-deserved accolades are reason enough to put eyes on this sport utility, but add in the XC90's great new exterior look and solid Volvo-inspired interior ergonomics and you have a definite "must see." The 2016 XC90 has class-leading interior space and cargo, a top-notch new infotainment system centered on a big 9-inch vertical touchscreen, and all of the advanced safety systems Volvo has built its name on.

The 2016 XC90 is a thoughtful and well-done redesign of this SUV. Besides it's all-new design inside and out, the XC90 also debuts Volvo's latest road safety technology to help protect passengers in a common roadway crash type.

The luxury SUV segments are growing quickly, however, with a lot of excellent vehicles to choose from. Among those, the XC90 stands out as a classy, intelligent choice. 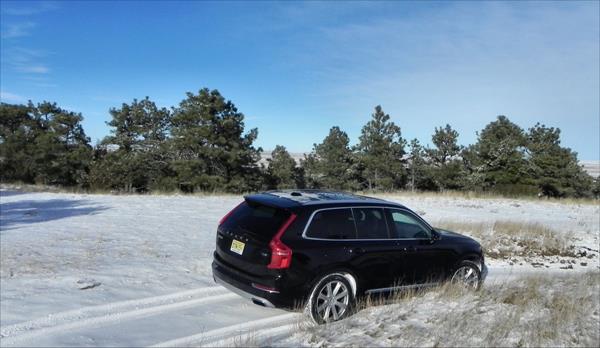 Exterior View (10/10 relative to market)
There will be little argument with the statement that the XC90 is one of the best-looking of today's crop of sport utilities. It's a beautiful combination of Volvo design trends and sporty edges. All SUVs of this size basically begin as rectangular boxes with doors, four tires, and some kind of hood. Then those basic forms are whittled and sculpted. Sometimes an artist manages to make something eye-catching and praiseworthy. More often, they just make a rectangle with rounded edges.

The Volvo XC90 has the long, saloon-style hood found on most of Volvo's vehicles and that would (and does) look stylish on any of their sedans. This long, straight hood defies the "round off the square" ideal most designers look for and it really works well. The raked windscreen, slight hump to the roofline to create a coupe hint, and the rounded rear cargo hatch and small spoiler finish the profile of this sport utility.

The ride height gives away its nature, of course, but is downplayed by the large wheels and thin tires, which de-emphasize that clearance. Blacked windows and central pillars, thin headlights, and the Volvo square grille are the rest of the touches seen. Bodywork is otherwise clean, leaving the emphasis on the profile and shaping rather than lines across the panels.

This understated and very classy look is a new hallmark for Volvo and a clear evolution of the automaker's steady pace in the luxury segments. In today's market, it seems to be hitting spot on with consumers and journalists alike, who are giving the XC90 boosted sales figures and accolades. 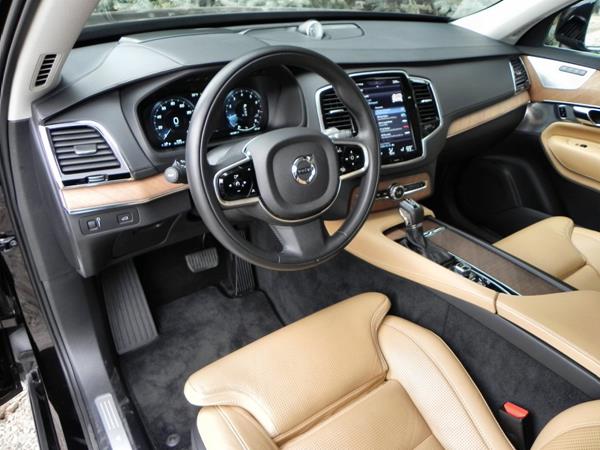 Interior Comfort, Quality, Ergonomics (10/10)
The interior of the 2016 Volvo XC90 has everything to love. Quality materials adorn the cabin and its layout is ergonomic and thoughtful. Seating is comfortable at all points, though the third row is mostly meant for occasional use or use by children and small adults. The driver and front passenger have plenty of adjustment and room to get comfortable. The second row is comfortable for adults of all sizes, including the tall. With the front seat adjusted for a driver standing over six feet, the same six-footer can sit in the second row behind the driver and have knee space to spare. At the center of the second row is an available integrated child booster seat that moved forward independently of the outboard seating to become accessible to the front passenger.

Cargo space in the 2016 XC90 is some of the best in this segment, with close to 16 cubic feet available with the third row up and nearly 86 cubic feet with the second and third rows folded. The third row is a 50/50 split and the second row is a 40/20/40, giving a lot of options for cargo and passenger configuration. 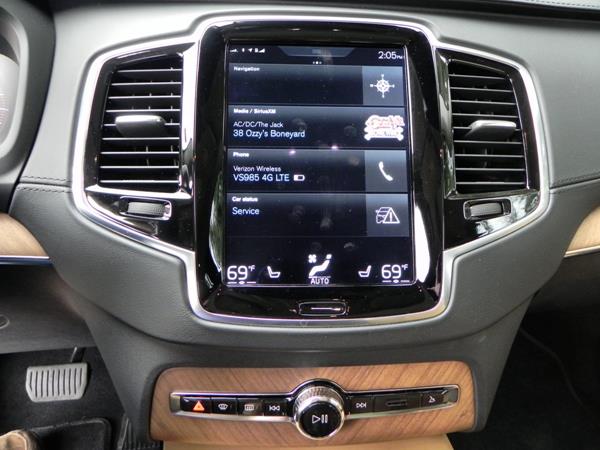 Technology (8/10)
Technology is dominated by a huge 9-inch vertical touchscreen on the center console. There is a lot ot love about this big screen and its tech offerings. Sensus Connect, which is what Volvo calls their infotainment interface, is intuitive, tablet-like, and very quick to respond to inputs. In previous years, we've complained about the long and hard button presses often required on the virtual buttons on Volvo interfaces. That's gone with the smooth new setup in the XC90, leaving the SUV with a clear, easy to read, simple user interface that may be one of the best in the industry.

Options are good, but not as in depth as some other luxury makes might offer. App integration, for example, is not as sophisticated as that which we've seen in Infiniti and Lexus vehicles. For all but the most technophilic of users, though, Sensus Connect offers everything you could ask for. Add in the excellent manual climate controls mounted underneath that screen, obviating the need to navigate menus for climate setup, and you have a great combination.


Fuel Economy (8/10)
The fuel economy rating for the 2016 XC90 is 22 mpg combined. The EPA estimates the SUV as having 20 mpg in the city and 25 mpg on the highway. Most who note the small engine size will find this a bit disappointing, despite the engine's high output for its size.

The stop-start system for the engine, which stops it at traffic signals and the like to conserve fuel, is likely to be turned off by most drivers after it's engaged a time or two. It's a bit clumsy and can be disconcerting due to the lag between the foot coming off the brake and the engine re-engaging.

There is a plug-in version of the XC90 called the T8 Plug-in Hybrid, but the EPA has not released fuel economy numbers for it yet and its markets will be limited. 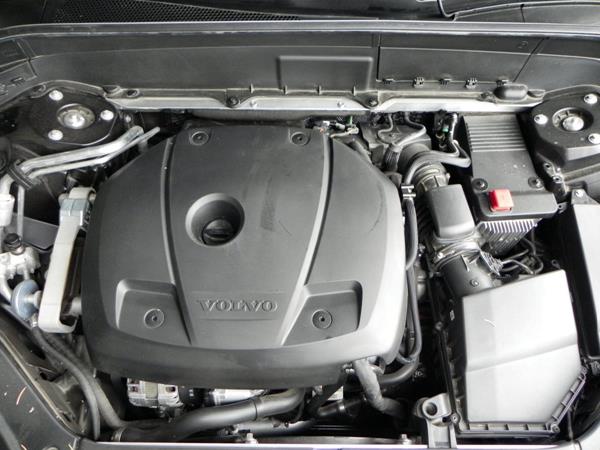 Predicted Reliability, Initial Quality Ratings (7/10)
J.D. Power and Associates gives the Volvo XC90 an "About Average" rating on its Vehicle Dependability Study. Further, the 2016 XC90 has seen two recalls, both for side airbags. For these reasons, we do not give the XC90 a higher rating for reliability. Traditionally, the engines and powertrains in Volvo vehicles as well as chassis components have a good reputation for longevity and we expect that to remain true for this new SUV.


Safety (10/10)
As is expected of a Volvo, the XC90 achieves the highest marks possible in safety testing. The National Highway Traffic Safety Administration has not released crash test results for the XC90, but the Insurance Institute for Highway Safety has given the 2016 Volvo XC90 its top accolade as a Top Safety Pick+. The Plus rating requires that all of the crash tests result in a top score of "Good" and that the vehicle be equipped with or have options for advanced crash mitigation technologies.

There are a bevy of standard and available safety technologies in the XC90, many of which are new and very advanced. One key debut is the new Run-off Road Protection. This is a new one from Volvo and it's designed to react to a driver leaving the road by tightening seat belts and utilize seat cushions made specifically to absorb the particular impacts to be had at speed off the pavement. It works through a combination of camera views and sensors.

A surround-view camera, lane-departure warning and intervention, and other options are available as well. 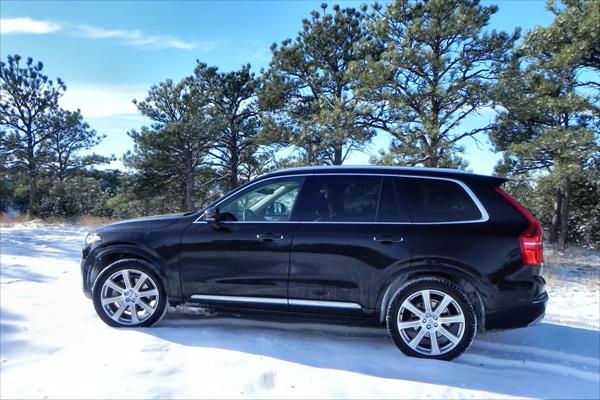 Performance (9/10)
The 2016 Volvo XC90 is fitted with a small 2.0-liter supercharged and turbocharged four-cylinder engine that seems very small for a vehicle this size, on first glance. But that little powerplant chugs out a very respectable 316 horsepower and 295 pound-feet of torque. This runs through an eight-speed automatic transmission in all-wheel drive as standard equipment.

This configuration isn't going to win drag races, but it churns out more than enough power to move the XC90 well. The high torque and turbocharged nature of the little engine mean that the XC90 feels peppy off the line and nimble around town, despite its bulk. All good points.

On the road, the XC90 is a very comfortable ride with enough give in its suspension to stay supple on the highway, yet tight enough to be a good ride in town. Off the road and in inclement weather, it's also a capable, confident ride. Although not a serious off-roader like some in this segment might be, the Volvo XC90 has enough chops to get most where they need to go and plow through the worst of weather when required.


Pricing and Value (8/10)
The XC90 is relatively expensive compared to some rivals, but in return has a host of standard equipment and solid ergonomic value by comparison. For buyers in the luxury segments, price and value are often considered as being very separate. In lower tier markets, the two words are often synonymous, but for the luxury shopper, value is measured in style, comfort, convenience, and equipment.

No matter how you measure it, though, the XC90 is above average for its value proposition on most fronts. Knocking it are things like its premium fuel requirement, ho-hum fuel economy, and low reliability ratings. We still feel that it's a good amount of bang for the buck, however, and note that this SUV has won more awards than any other luxury sport utility in recent memory. 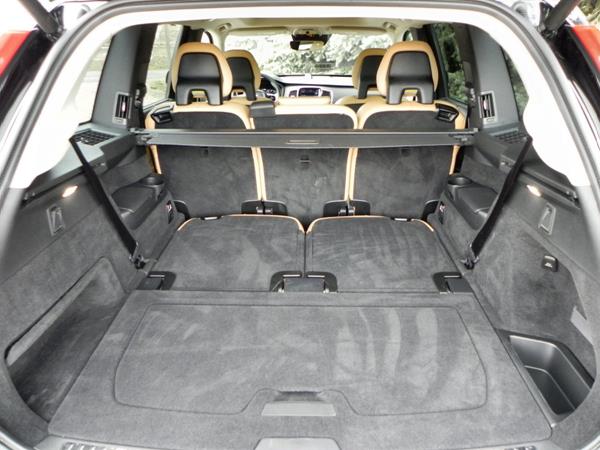 Total Score and Competitive Comparison (70/80, 87.5%)
The full-sized luxury three-row SUV market has grown quickly with some excellent offerings to be found. The BMW X5 is sportier and has a diesel option. The Acura MDX is also more fun to drive and has plenty of features as standard. For those needing an adult-ready third row, the Buick Enclave and Mercedes-Benz GL are great choices. Still, as an overall package, the Volvo XC90 is definitely a contender against any of these and worthy of any buyer's consideration.

The 2016 Volvo XC90 has won several awards since its introduction last year and has deserved every one of them. This new design of the luxury sport utility is one of the best re-thinks of a vehicle of any type that we've seen in some time. It's a classy, well-considered, confident, and comfortable drive.