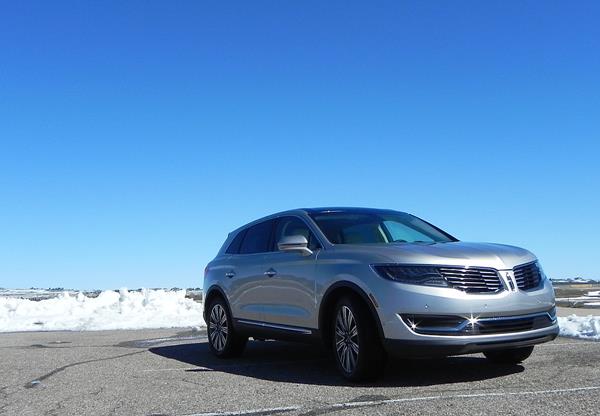 Overview (Final Score: B)
The 2016 Lincoln MKX has been totally redesigned from its first-generation predecessor. Based on the popular Ford Edge crossover, the Lincoln MKX adds luxury and Lincoln style to the package. A new exterior, a larger footprint, and a roomier interior are highlights for the new model. Yet the focus on sportiness and luxury is not lost and is, in fact, enhanced for this new year.

The 2016 MKX is a five-passenger crossover competing in the small-midsize luxury market. It's offered in four trim levels, starting with the Premier and working up to the Black Label as we drove it. Several options packages are also offered to upgrade specific points in the MKX. Highlights are the large amount of base package accoutrements that the MKX comes with and the smart near-personalization package upgrades can bring.


What We Loved About the 2016 Lincoln MKX


What We Didn't Love About the 2016 Lincoln MKX 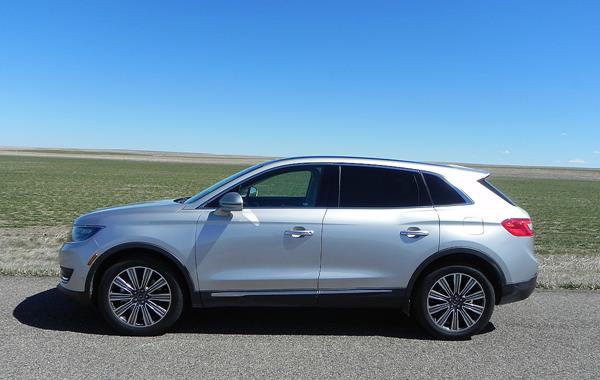 Exterior View (9/10 relative to market)
The full redesign of the MKX included a completely new exterior look for the little crossover. The signature Lincoln grille, split down the center where the Lincoln cross sits, flows nicely to either side, narrowing into the integrated headlamps. It's a unique look that stands out in the segment. The hood is rounded at the front, but relatively flat with great-looking accent grooves for effect. This gives the appearance of power under the front deck and accents the sporty feel of the crossover, which leans slightly forward overall.

The rounded roofline is accented by the upturning greenhouse to keep that sporty appeal going. Along the sides, premium-looking cuts and bevels give the Lincoln MKX a much more upscale look than it had before and definitively demark it from the Ford Edge it shares underpinnings with.

This is definitely one good looking crossover and it's obvious that Lincoln's designers put a lot of work into making it top shelf for this new generation of the MKX.


Interior Comfort, Quality, Ergonomics (8/10)
The interior of the Lincoln MKX is well-designed and nicely appointed. A few carryovers from its Ford-branded sibling, the Edge, are seen in the transmission shifter and several of the console's buttons. These appear a bit out of place with the rest of the layout, which is high-class and very nicely done. We especially liked the special Black Label edition's simulated suede headliner and Vianca White-Jet Black interior combination. There are four interior trim options for the Black Label itself and each of the model trims have a basic interior package which can be upgraded through options. The interesting push-button gear selection is fun too.

The 2016 MKX is much roomier than its predecessor, having grown in size a bit. This means more shoulder space throughout the cabin and also much more room in the back seat, which is now not only adult-friendly at the outboards, but also at the center, making this a true five-seat crossover. Reclining rear seats are standard equipment, as are their split-fold function.

Cargo in the 2016 Lincoln MKX is at an accommodating 37.2 cubic feet, expanding to 68.8 with the rear seats folded. Those who use the cargo space regularly, even for grocery hauling, will want to make sure they've seen the cargo upgrade options for management and storage as these can be a boon. 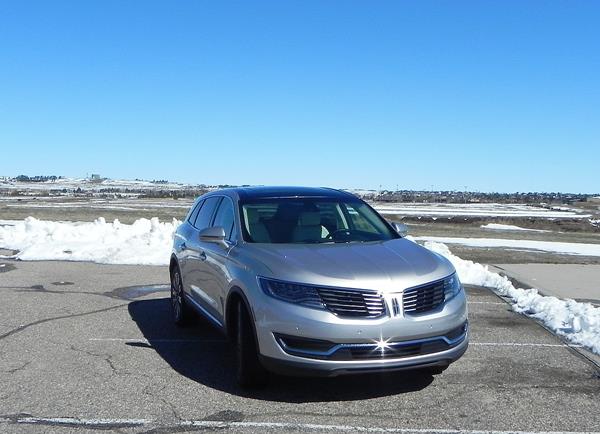 Technology (6/10)
One of Ford's weak points is in infotainment technology and nowhere is that more obvious than in the Lincoln brand. The 2016 MKX comes with MyLincoln Touch, a user interface similar to MyFord Touch. This is an outdated system that is clunky and difficult to use. Newer builds for the MKX are offering Sync 3, which is a much more usable interface, but which infotainment system you get will depend on when your MKX was manufactured for this model year.

The upside to this is that MyLincoln Touch does have a solid voice-control system, but it requires some use to both learn the menus and systems and to teach the computer to understand you every time.


Fuel Economy (8/10)
Fuel economy in the 2016 MKX is good, but not necessarily stand out for the class. The base engine is EPA rated at 20 mpg combined, with 17 mpg in the city and 26 mpg on the highway in front-wheel drive. The all-wheel drive option lowers fuel economy to 19 mpg combined, 16 city and 23 highway.

The upgraded engine is rated at 21 mpg combined (17 city, 26 highway) in FWD and 19 mpg combined (17/24) with AWD. In our week with this engine and AWD, we saw an overall average of 19 almost exactly, so these are real-world numbers for most drivers. 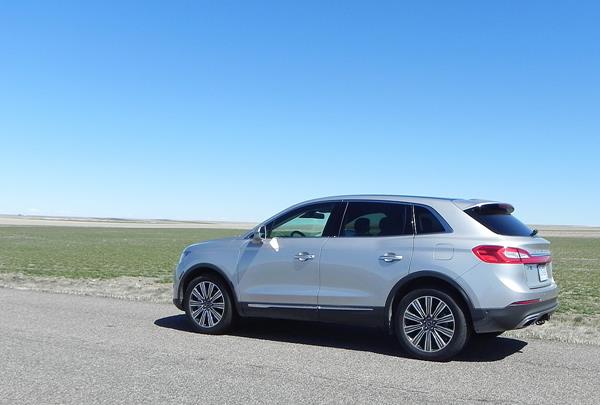 Predicted Reliability, Initial Quality Ratings (10/10)
The 2016 Lincoln MKX is expected to retain the high reliability ratings of its predecessors, despite the new design and build. J.D. Power and Associates gives it an "Among the Best" rating for initial quality and dependability. There have been no recalls associated with the 2016 MKX and Lincoln offers a standard warranty covery four years or 50,000 miles.


Safety (9/10)
The 2016 MKX has good safety ratings, though we note that some crash test results have not been published for the crossover. The National Highway Traffic Safety Administration rates the MKX with a 5-Star overall rating, giving the Lincoln a five star result for all but rollover, for which is received four stars (out of five).

The Insurance Institute for Highway Safety rated the MKX as "Good" (it's best score) on the two crash tests that have been published, the moderate overlap front test and side impact test.


Performance (9/10)
Like the Ford Edge it's based upon, the Lincoln MKX has a sporty, fun-driving feel. None of its performance metrics are heads and shoulders above the competition, but the overall package gives an impression of sportiness that is a must in this segment.

The base powertrain in the MKX is a 3.7-liter V6 that produces 303 horsepower and 278 pound-feet of torque. Running through a six-speed automatic transmission, this is a good powertrain, but it doesn't have the punch that the upgraded engine offers.

The upgrade is a 2.7-liter turbocharged V6 (EcoBoost) that outputs 335 hp and 380 lb-ft to the same six-speed automatic. This is a much more punchy drivetrain and it's well worth the upgrade if you like a little zing when you step on the pedal. The torque happens early due to the high-compression turbocharging of the engine, so it's a fun drive at any speed. Fuel economy is also better with the engine upgrade.

Front-wheel drive is standard and all-wheel drive is an option with either engine choice. The MKX also benefits from well-done suspension and chassis tuning, making it a bit sportier on the road without losing its Lincoln cushion and hazard absorption. The MKX is also capable of moderate offroad runs when required and does well on dirt roads thanks to that tuning; especially with AWD. 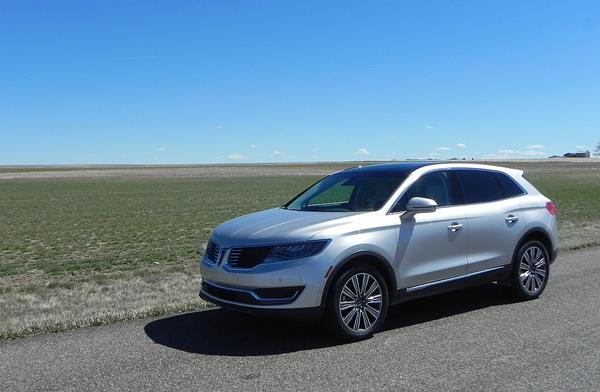 Pricing and Value (9/10)
The 2016 MKX is well-priced for the segment, offering a good value for the money. The base level MKX comes nicely outfitted at under $40,000 with most buyers probably purchasing in the $42,000 range. Our test model Black Label edition rang in at a hefty $65,000 and change, which may be a bit more than most in this segment are willing to spend. We recommend shoppers start with the Premier and Select trim levels and consider option packages versus tri upgrades from there.


Total Score and Competitive Comparison (59/80, 74%)
The new second-generation MKX is a much more competitive vehicle for the small-midsized luxury crossover segment. Chief competition are the high-selling Lexus RX 350, the much-acclaimed Acura MDX, and the Mercedes GLE. The Mercedes is more expensive than is the MKX, as its the BMW X5, but both offer a more tuned diving focus. The Lexus and Acura are the ones to beat in this segment and frankly, the MKX probably cannot for most buyers. Especially in interior experience and cargo. The Lincoln does have the price and convenience edge, though, so shoppers should consider that when looking.

Overall, the 2016 Lincoln MKX is a very much improved luxury crossover with a lot to offer. With high reliability ratings, a solid (if underwhelming) fuel economy rating, and smart cargo options, it's a must-see or shoppers in the segment. Especially at the mid-level trims.