Overview (Overall Grade after 8 Categories: A-) 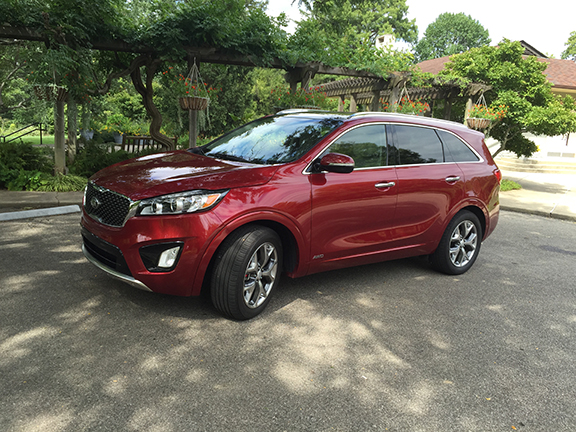 The Kia Sorento must be in the middle of a growth spurt. After a complete redesign for this model year, the Sorento can no longer be considered a compact SUV. It's now fully in the mid-size category. Our little SUV is growing up. But the maturation of the Sorento goes well beyond just an increase in size, rather the Sorento receives a new engine and a much improved interior. If you've driven a previous model year Sorento, this 2016 version will be starkly different in numerous ways.


What We Loved about the 2016 Kia Sorento


What We Didn't Love about the Kia Sorento 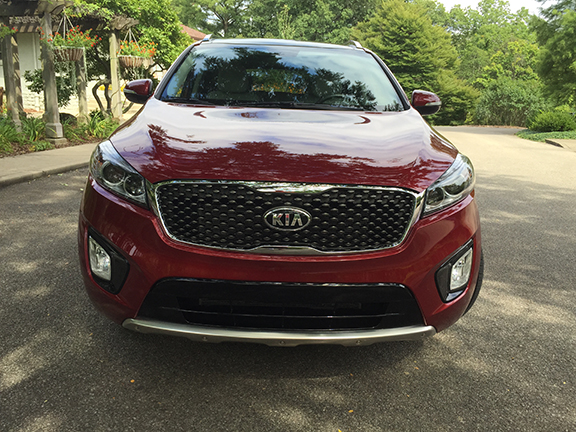 As part of the redesign, the 16 Sorento boasts an all-new exterior. The Sorento is now more refined, more mature and definitely has a longer overall look. That length is exaggerated by a more prominent grille and elongated headlights. On profile, the Sorento looks longer, but that's thanks to the more modern look on the side panels along with chrome-like styling near the bottom. The highlight of the front end is a four-panel LED light cluster that flanks the bumper. This is a sharp feature that adds distinction to the overall front end appearance of the Sorento. The back end is equally attractive with a spoiler and squinty, horizontal LED lights. This redesigned Sorento is everything you hope for with a major overhaul. The looks are modern, with distinction, but isn't too garish or quirky to where the looks will get outdated quickly. 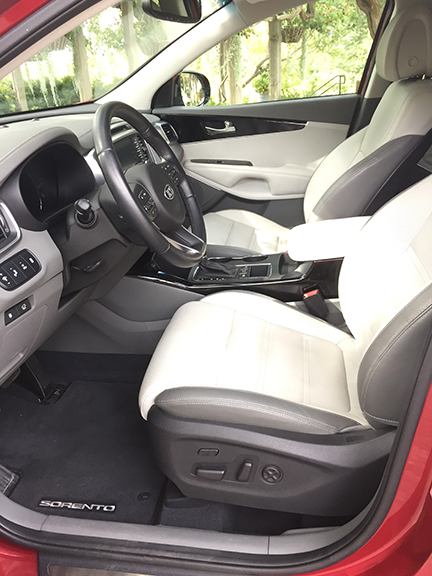 As good as the exterior improvements are, those are just cosmetic. The improvement to the interior is dramatic and a major win for the consumer. Overall materials are soft and feel good to the touch. On three of the five trim levels, the amenities teeter toward those of a high-end luxury vehicle. Even the base trims have a comfortable design with higher quality materials than the previous model year. But beyond the interior cosmetic improvements, there's a gain in interior space that is quite noticeable. Second row passengers are treated to almost an inch more of legroom. The second row seat is versatile too as you can slide, recline or fold them flat to modify the cargo room. Overall cargo space is increased with the bump in size of the Sorento. However, behind the third row seat, with it upright, there is only 11 cubic feet of space, which feels limited considering the size of the vehicle. But the third row can also be folded flat and has a 50/50 split that changes up the cargo area. With all seats folded flat, there is a maximum cargo area of 73.5 cubic feet of space. So this shows exactly one of the major perks of the interior: increased seating area, and then a versatile cargo set up from minimal to significant.

While the technology found inside the Sorento is not new or overly impressive, it is current. And most importantly, the technology is easy to use, so for that alone Kia gets a lot of credit. The 8-inch touchscreen display is bright and colorful. The navigation system is easy to use and even gives live traffic updates. The rest of the infotainment system is also intuitive. There are rapid charge USB ports for quick recharging of your phones. USBs are an area many car makers overlook, but is something vital for many consumers. The more, the better and the Sorento has three USBs. 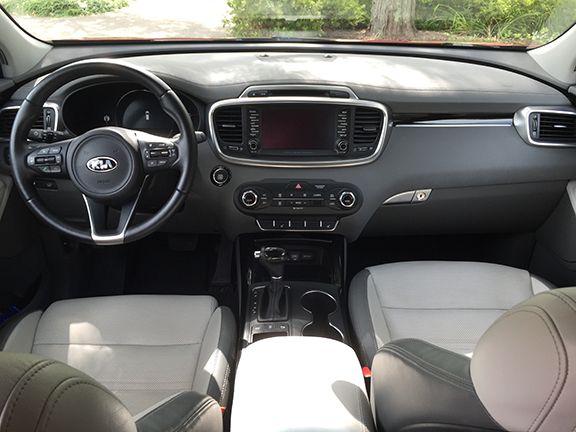 Based upon studies of the 2012 model year, the Sorento rates out a 3 out of 5 rating according to JD Power, for Initial Quality. In fact, in that same study, down the board, the Sorento received 3 stars in all areas except in Features and Accessories Quality where they received 4 stars. Identifix reports minimal problems for the 2016 model at this point, although very little data is available yet.

IIHS gives the Sorento its highest rating of Good in all areas, including Side Impact, Roof Strength, and Rear Crash Protection. There are numerous safety features standard on the Sorento including Electronic Stability Control, Traction Control, Anti-Lock Braking System, and Blind Spot Detection. There is a rear camera assist that vividly displays images on the 8-inch touchscreen.

There are three different engines offered for the Sorento. This is a trend for today's crossover/SUVs. It seems some consumers still want the V6 engines, so those are offered. Additionally, there's always a fuel-efficient, underpowered 4-cylinder engine and then one with a turbo. The Sorento offers all three. Standard on the L and LX trim is a 4-cylinder 2.4-liter engine that makes 185 horsepower. A 4-cylinder, turbocharged 2.0-liter is available on the EX and SX trims and this produces 240 horsepower. My tester was the biggest, most powerful engine, a 3.3-liter V6 gasoline-direct injected that produces 290 horsepower. This engine is zippy and has ample power. It's, in fact, fun to drive, which is rare for SUVs. It would be the preferred engine for those who actually want to enjoy themselves while driving. However, the downside is the poorer fuel economy. I didn't drive the 2.0-liter turbocharged one, but that one would warrant a nice test drive to compare the driving performance. A six-speed automatic transmission is standard for all engines and trims and all Sorentos come with a driver-select mode where you can change the performance from normal to eco to sport. Each driving mode is noticeably different. Normally sport is my preferred method, but this time the Sorento drives best in Normal mode as the Sport mode has very rigid steering and the Eco offers lackluster performance. Front-wheel drive is standard, but all-wheel drive is an option for each trim level. The fuel economy differences are negligible between FWD and AWD, so I'd always go for the added security and traction of AWD, especially in a bigger SUV.

There are five trims for the Sorento, and even a five-passenger configuration available on the base L trim or any of the trims equipped with the 2.0-liter turbo engine. The five trims are L, LX, EX, SX, and SX Limited. My tester was the SX which comes with extra equipment packages, 19-inch wheels, and heated and cooled seats. Starting price for the base model L is $25,795. The SX has an MSRP of $39,700. The vast price difference is great for the consumer. Being able to configure the passenger amount, the options and even the engine is a win for the consumer. 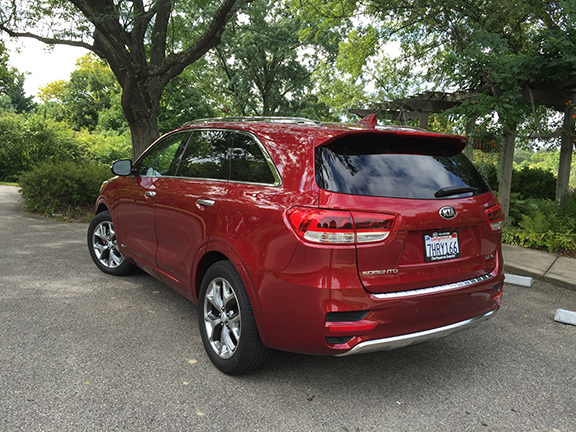 With the new generation Sorento, Kia has made this SUV quite versatile. They grew it in length, by a little, and added passenger room and cargo room. They also now offer three very different engines for the consumer to choose from based upon how much power and fuel economy they want. There's even a five and seven passenger option. They did all this while also improving the overall look and interior luxury and comfort. In 2016, the Kia Sorento has matured and evolved into an all-around solid SUV.