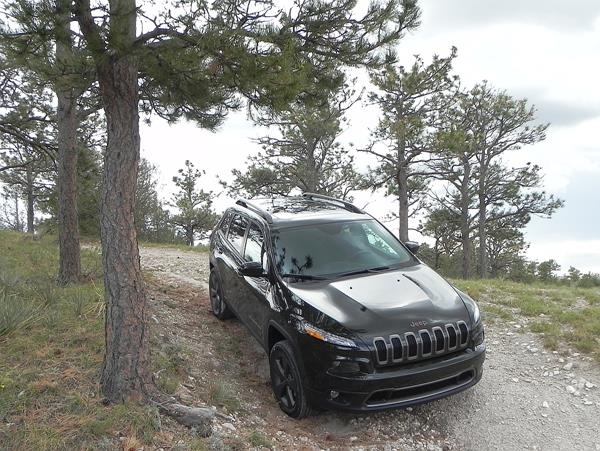 The 2016 Jeep Cherokee sees little change from last year, but that doesn't mean it needed change. The Cherokee is offered in four trim levels with two engine choices and three drivetrain options. Among the small crossovers on the market, the 2016 Cherokee stands as the most offroad capable and unusually comfortable in the class.

For those looking for an around-town drive or a daily commuter, the Cherokee is probably not the first choice. For those who want a unique crossover with dependable fuel economy, solid offroad credentials, and a lot of daily use ergonomics, the Cherokee is definitely a winner.

There are some rivals to consider against this 5-seat crossover, but we think many who've avoided the Jeep brand may be surprised at how far the 2016 Cherokee has come and how competitive it really is. 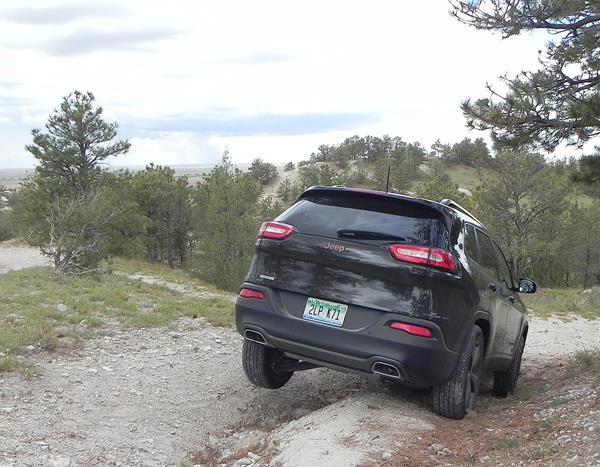 Possibly the most dynamic and polarizing aspect of the Jeep Cherokee in this new style is its exterior look. We really like the Cherokee's mixture of contemporary styling and Jeep-specific homage. The slotted front grille, half-trapezoid wheel wells and aggressive hood style are all indicative of the Jeep lineup, but the sleek roofline, high belt and rounded body styling are contemporary with the crossover segment as a whole. So the 2016 Cherokee stands out, but not so much that it becomes the oddball.

The front fascia of the 2016 Cherokee is aggressive, with an SUV-like feel thanks to the high hump on the hood, the peering headlamps, the slotted grille and the aggressive approach canter. Along the bodywork, this is tempered with a simpler set of lines across the doors and a high beltline that broadens the bodywork above the high wheel wells. The SUV feel is kept, though, thanks to the high ground clearance and large body armor trim along the bottom of the Jeep.

It's a great look overall that really helps to emphasize the Cherokee's heritage without getting too pushy about it.

Among contemporaries with high-quality interiors as the norm, the Cherokee is definitely holding its own. Quality and excellent materials choices are the norm here and as trim levels upgrade, so does the interior ambiance and appeal. Beyond that, the 2016 Cherokee steps above many of its competitors in roominess and infotainment. We do note, that cubbies for gadgets and gear are lacking in the front seating area.

Every seating position in the Cherokee is generous in proportions. The back seats, especially, are adult-friendly and have good support, legroom and headroom compared with most others in this class. Adults can sit in all five positions within the 2016 Cherokee and find comfort.

This comfort level in the rear seats comes at the price of cargo space. Cargo room in the 2016 Jeep Cherokee is limited to 24.6 cubic feet behind the second row and 54.9 cubes with that row folded. That's about ten percent less than the segment average and more on par with subcompact crossovers. The loading floor is higher than average as well and not as square or easily accessed.

Yet for those using the Cherokee everyday and as a weekend getaway machine, it's more than ample. For small items and gear such as sleeping bags, stowed tents and the like, the Jeep fits well. For large items from the big box store, not so much. With the Cherokee, it's a question of priorities and style. We suspect most who are interested in the Jeep lifestyle are prioritizing what the Cherokee is best at doing. 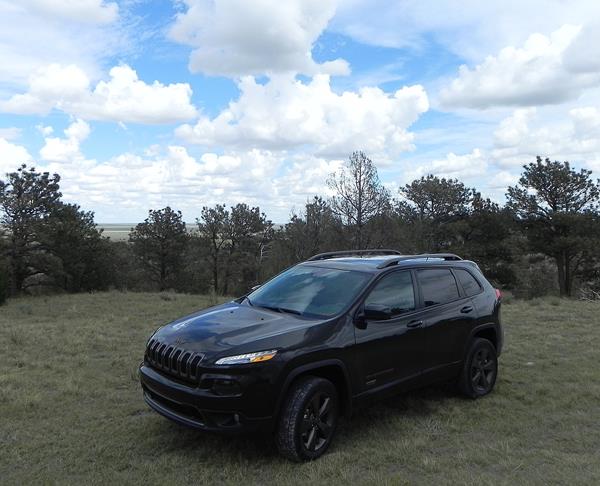 There's no question that Chrysler-Jeep has the best infotainment in the industry when it comes to ease of use and ergonomics. The available 8.4-inch infotainment screen in the 2016 Cherokee is large, crisp and easy to master. With added bonuses like speech-to-text and a fast-responding navigation system, the UConnect system becomes a benchmark for others to meet.

Even without the upgrade, which comes standard on every trim level but the base Sport model, the 5-inch touchscreen in the Cherokee is excellent for the segment. Smartphone connectivity via Bluetooth and USB are standard features and the upgraded screen has apps and other options that are becoming the norm for infotainment upgrades in the industry.

Buyers will be hard pressed to find better technology than what's to be had in the Jeep Cherokee.

There are more fuel efficient options on the market, but the 2016 Cherokee does well with either its 4-cylinder or 6-cylinder engine in either front-wheel or 4-wheel drive. Much of this is thanks to the 9-speed automatic transmission that comes as standard.

The EPA rates the 4-cylinder Cherokee at 25 mpg combined in FWD, with 22 mpg in the city and 31 mpg on the highway. Adding 4WD to this engine drops fuel economy estimates to 24 mpg combined (21 city, 28 highway) or 22 mpg combined with the more robust Active Drive II.

These numbers are not quite real world in our experience, with both a Trailhawk and a 75th Anniversary 4WD bettering the highway estimate, but coming underneath the city expectation to average out just below EPA estimates for combined mileage. 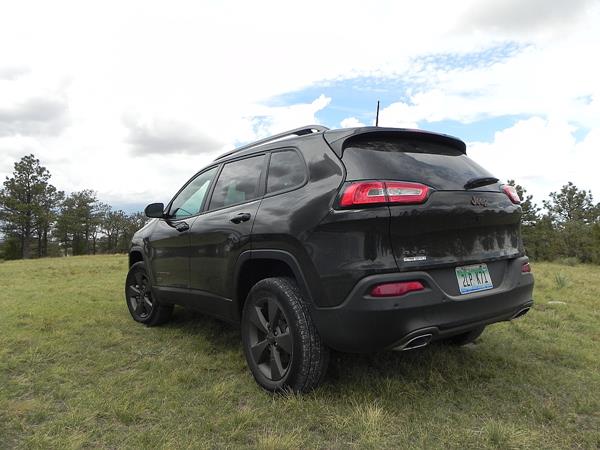 The Jeep brand, and the Cherokee in particular, do not have a strong reputation for reliability, but the 2016 Cherokee fares better than most in the lineup with an "About Average" rating from the J.D. Power and Associates Vehicle Dependability Study. This is offset by a series of recalls for the 2016 Jeep Cherokee, which include mechanical issues with the axle assemblies, electrical wiring and the interior seating. The warranty for the 2016 Cherokee is about average for the segment at 3 years or 36,000 miles bumper to bumper and five years or 100,000 miles for the powertrain.

The Cherokee is about average for the segment in terms of safety ratings through crash test results. The National Highway Traffic Safety Administration gives the 2016 Cherokee four out of five stars overall with four stars being the result of nearly all crash testing except for side crash, which achieved five stars.

The Insurance Institute for Highway Safety gave the 2016 Jeep Cherokee a top-most "Good" rating on all crash tests except for the small overlap, for which it was rated as a second-worst "Marginal." That is common in this segment. 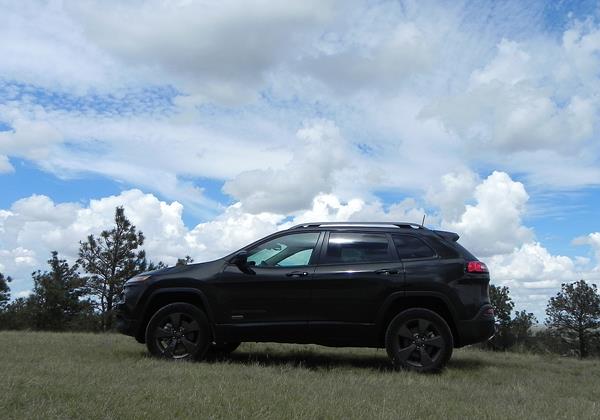 The 2016 Jeep Cherokee has both a 4-cylinder and a 6-cylinder engine option, both mated to a 9-speed automatic transmission. Front-wheel drive is standard and two 4-wheel drive options are available (Active Drive I and II).

The 2.4-liter 4-cylinder base engine outputs 184 horsepower and 171 pound-feet of torque. This engine is generally underperforming for the Cherokee's size and the fuel economy benefit is negligible in comparison to the better-performing V6.

The V6 is a 3.2-liter that outputs 271 horses and 239 lb-ft. This engine adds the benefit of towing to the tune of 4,500 pounds when equipped. It also adds the needed torque to move the Cherokee off the pavement when required and the excellent Active Drive II system (available on all models) is excellent. Although the "pull a lever, turn a dial, hold the wheel" dynamics of the fun-to-offroad Wrangler are not present in the Cherokee, the confidence that the terrain selection system and strong output of the V6 give are more than enough to keep this rugged machine a Jeep in feel and spirit.

Acceleration and cornering are remarkably good in the 2016 Cherokee with the V6 equipped, though there are sportier rivals that will better it both ways. Those rivals won't go off the pavement as well.

On the road around town, the Cherokee is maneuverable and easy to drive, though visibility can be a concern, especially rearward. On the highway the Cherokee is unusually quiet, even with the offroad packages added. The exception being the knobbier tires found on the Trailhawk model, which make a bit more road noise in the cabin.

All the way around, the 2016 Jeep Cherokee is a well-balanced crossover.

The 2016 Jeep Cherokee begins at around $24,000 delivered, but most will be buying in the 4-wheel drive Sport or Altitude trims, which are a pretty good value at about $1k to $1.5k more. The special edition 75th Anniversary, one of the models we tested this year, is also a good value at about $28,000 delivered with a lot of desirable goodies included like the larger infotainment screen and added exterior trim panels.

Compared to others on the market, the Cherokee is only about average in its value proposition. The fairly good fuel economy and above average resale value of the Cherokee and the Jeep brand help to allay this a bit. We recommend shopping through the options in this segment before making a decision, but the Cherokee should be on your list. 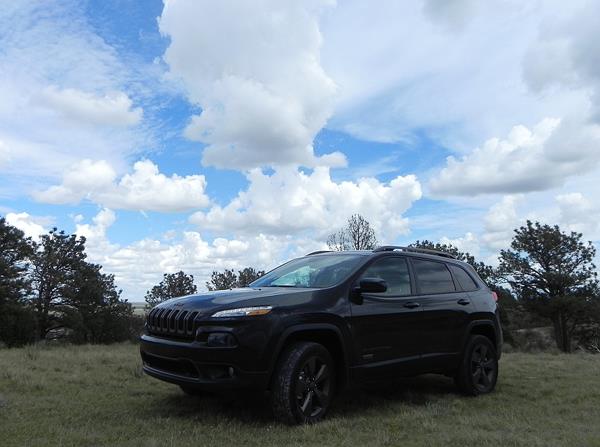 There are more than a few rivals for the 2016 Cherokee, and the market is quite contentious as one of the fastest-growing segments in the industry. The best-selling Honda CR-V holds itself superior in cargo space and fuel economy, while the Toyota RAV4 has appealing looks and better fuel economy, especially with its very well done hybrid option.

A fun drive experience can be had with the Ford Escape and Mazda CX-5, but the only offroad rival may come from the Subaru Forester or Outback. We'd recommend shopping most of these options against one another before making a decision, but the Cherokee should stay on your list of considerations.

The 2016 Jeep Cherokee is a compelling offer with a lot of goodness going for it. The unmistakable Jeep styling, excellent interior and strong V6 option are all things to consider above and beyond its class-leading offroad capability.