The 2016 Hyundai Tucson is all new and has to try and find a space in what is becoming a very competitive and crowded class; the compact crossover. Every automaker is trying to find that one or combination of things that will help make their model stand out. Hyundai is using design, technology, and the value for your money argument the brand is well known for to make the Tucson a success. 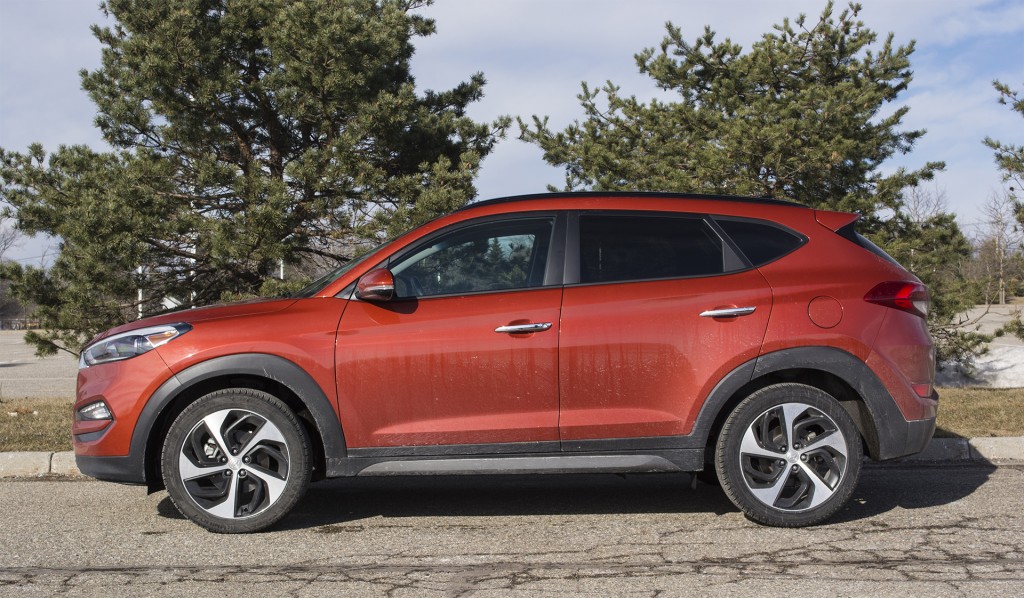 It really shouldn't be surprising to say the Hyundai Tucson is one of the best-looking crossovers on sale. Hyundai has been on a roll in the past few years with producing sharp looking designs for their vehicles. But even we were surprised by how striking the Tucson's design is. The front end boasts a large hexagonal grille and slim LED headlights. Lower body cladding wraps around the vehicle. A set of nineteen-inch wheels adds a bit of flair to the Sport and Limited models. Seventeen-inch turbine-style wheels come standard on the SE and Eco models. 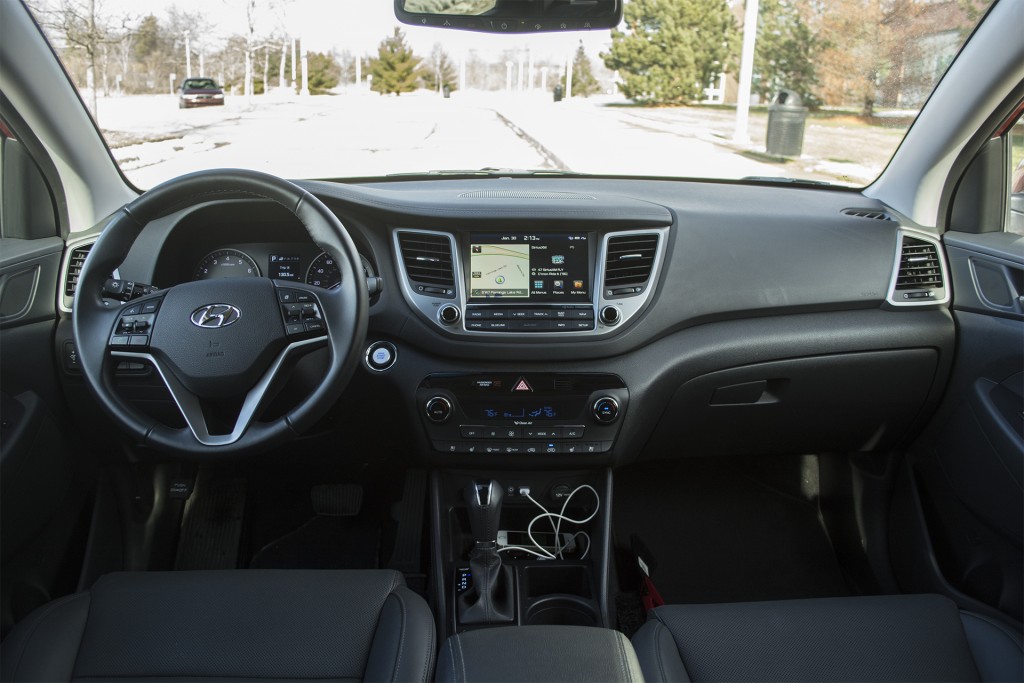 The Tucson has one the best interiors in the compact crossover class. A big statement to make, but the Tucson can back this up. The interior boasts a lot of quality materials with soft-touch plastics on most of the dash and door panels, and contrasting trim pieces. Hyundai's designers also made sure the controls for various functions were in easy to find.

The Limited comes standard with leather seats. Front-seat passengers get the indulgences of power adjustment, heat, and ventilation. Finding a comfortable position is quite easy thanks to various seat adjustments and a tilt-telescoping steering wheel. Back seat passengers will find an abundance of head and legroom, even with an optional panoramic sunroof as fitted to our tester. An added bonus for back seat passengers is the ability to recline. 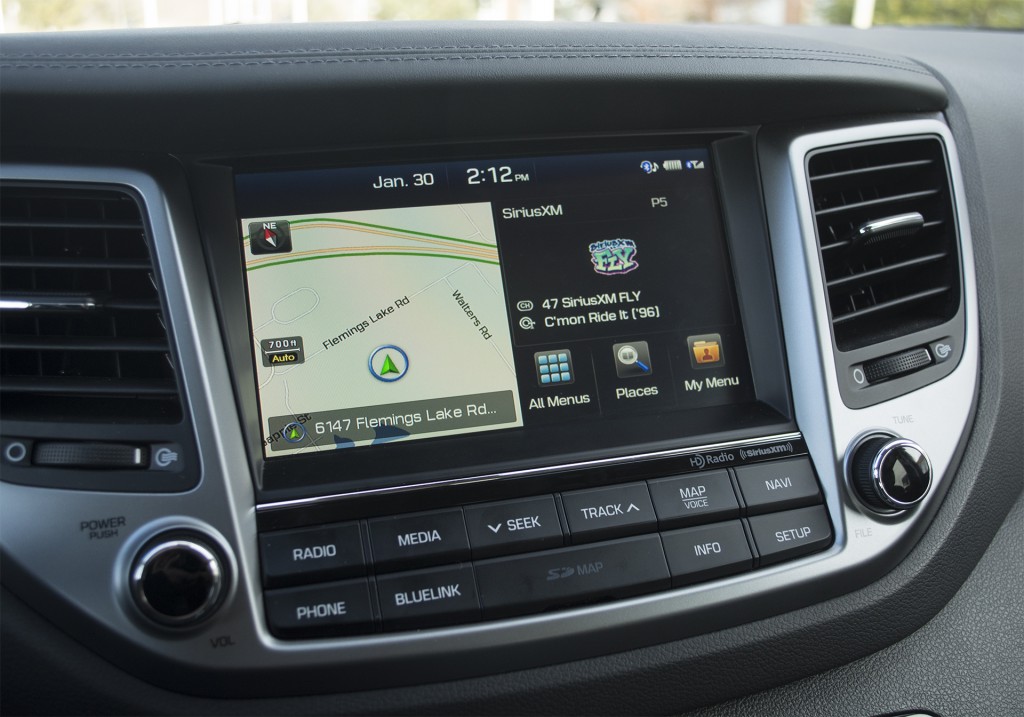 Technology features on the Tucson is a bit of an all or nothing affair. The base SE comes with a five-inch touchscreen radio, Bluetooth, AUX and USB jacks, and a backup camera. The Sport adds a Proximity key with push-button start. Then comes the Limited that includes an eight-inch touchscreen with navigation, HD Radio, and Hyundai's BlueLink telematics system. The bad news is you cannot option any of these features found on the Limited to the Eco or Sport, hampering Hyundai's value argument somewhat. It would be nice to have the color trip computer come standard on the Sport, along with the option of navigation.

The eight-inch screen is quite vibrant and easy to read at a glance. A set of buttons underneath the screen get you into various functions of the system such as navigation, audio, and settings. The interface itself is very easy to understand and performance is quite quick.

The Tucson is right in the middle of the pack when it comes to fuel economy. The turbocharged 1.6 four-cylinder paired with a seven-speed dual-clutch transmission and all-wheel drive is rated at 24 City/28 Highway/26 Combined by the EPA. Our week in the Tucson returned 26 MPG in mostly city driving. 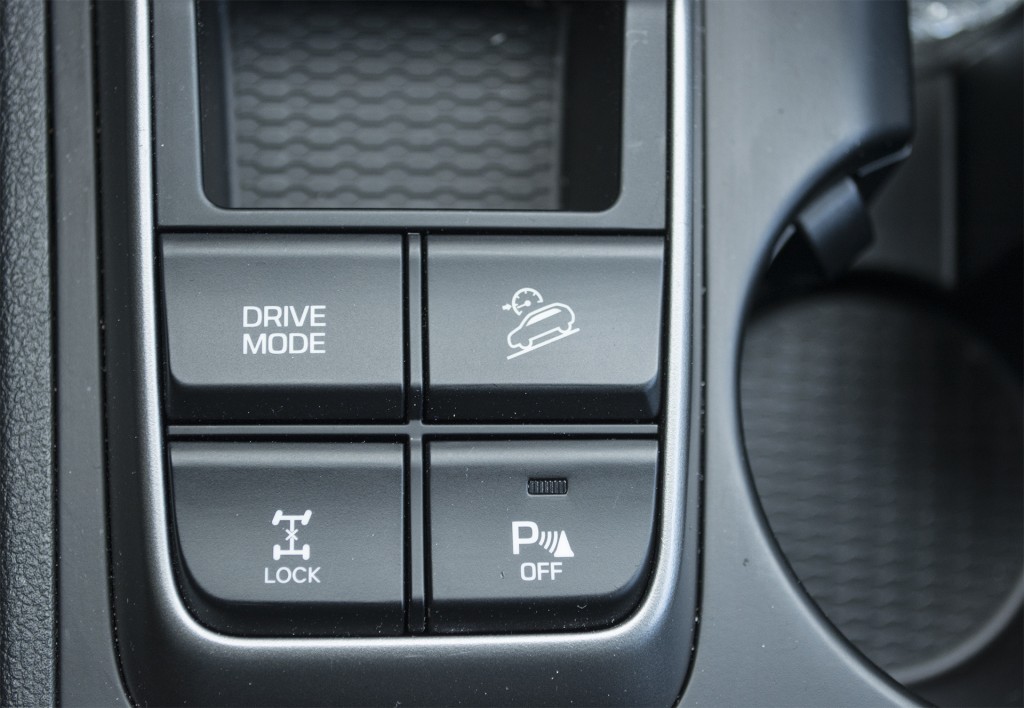 Recently, Hyundai has issued an update for the dual-clutch automatic in the Tucson after getting numerous complaints of hesitation when leaving a stop. If your model was built before November 17, 2015, you are asked to go to your nearest Hyundai dealer and get the update. Models built after November 17th have this update. Still, we believe the Tucson equipped with the dual-clutch automatic will be slightly lower than the one equipped with the six-speed automatic when the first reliability results come in.

The 2016 Tucson did very well in crash tests for both the National Highway Traffic Safety Administration (NHTSA) and Insurance Institute for Highway Safety. NHTSA awarded the Tucson a five-star overall rating, despite scoring four-stars in the rollover test. IIHS gave the Tucson its highest honor of Top Safety Pick+. This means the Tucson earned the highest rating of Good in the crash tests and featured collision mitigation systems. It should be noted that you can only get the collision mitigation system as part of an option package on the Limited. 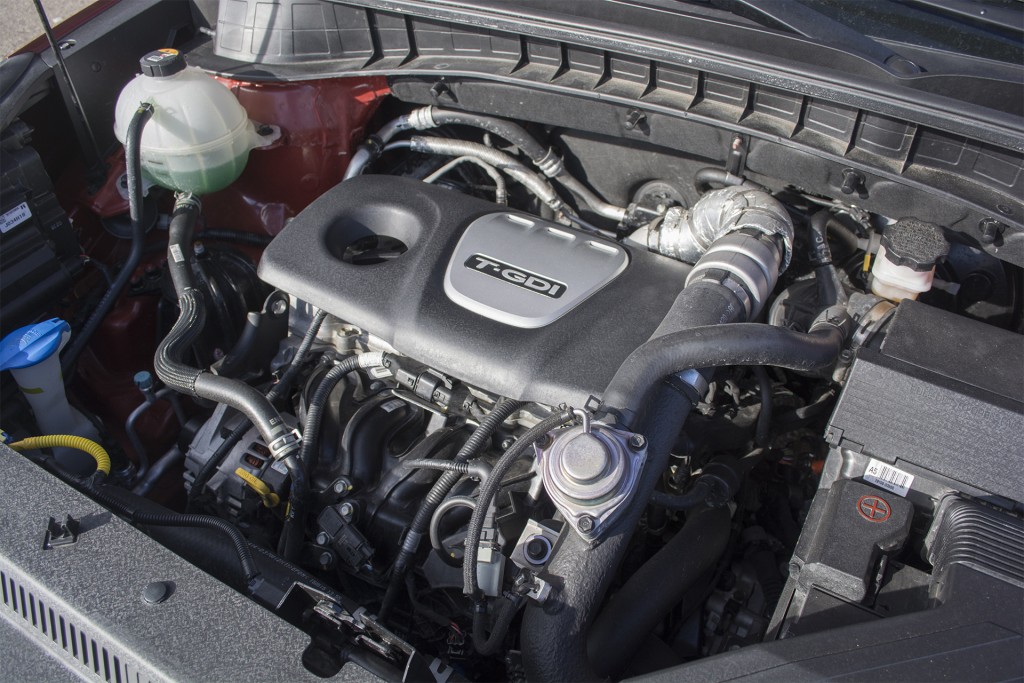 The turbo 1.6L punches well above its weight thanks to the 195 pound-feet of torque being available at 1,500 rpm and continuing to 4,500 rpm. This means that you'll not be wanting any more oomph when you are leaving the stoplight or take advantage of a clear lane on the expressway. The dual-clutch transmission is very quick on gear changes. But it also hesitated when leaving a stop and taking a few seconds to downshift whenever we needed to make a pass. As we noted in the predicted reliability section, Hyundai has issued an update to fix this problem and our Tucson did not have it.

Out on the road, the Tucson's strikes a good balance between comfort and sport. The suspension is very much able to absorb most bumps and imperfections on the road, even with the Limited's nineteen-inch wheels. Road and wind noise are kept to very acceptable levels. One area that the Tucson does surprisingly well is handling. Along a curvy road, the Tucson shows no sign of body roll and feels planted.

The Limited serves as the flagship for the Tucson lineup and comes with a base price of $29,900 for the front-wheel drive model and $31,300 for the all-wheel drive model. Limited models get LED headlights, nineteen-inch alloy wheels, leather seats, power adjustments for the driver and passenger, eight-inch touchscreen with navigation, dual-zone climate control, and blind-spot monitoring with rear-cross traffic alert. The Limited we drove also came equipped with the $2,700 Ultimate package that includes a panoramic sunroof, HID headlights, ventilated front seats, heated rear seats, lane departure warning, and automatic emergency braking. This brings the as-tested price to $34,945, which is comparable to other fully-loaded crossovers.

Where the Tucson begins to fall apart is with the other trims. As we mentioned earlier in the review, you cannot option a number of features on some of the lower trim models. Some trim levels only offer you the choice of color and whether you want front-wheel or all-wheel drive. So if you want navigation, automatic climate control, or the advanced safety systems such as automatic braking, you'll need to pony up to the Limited. 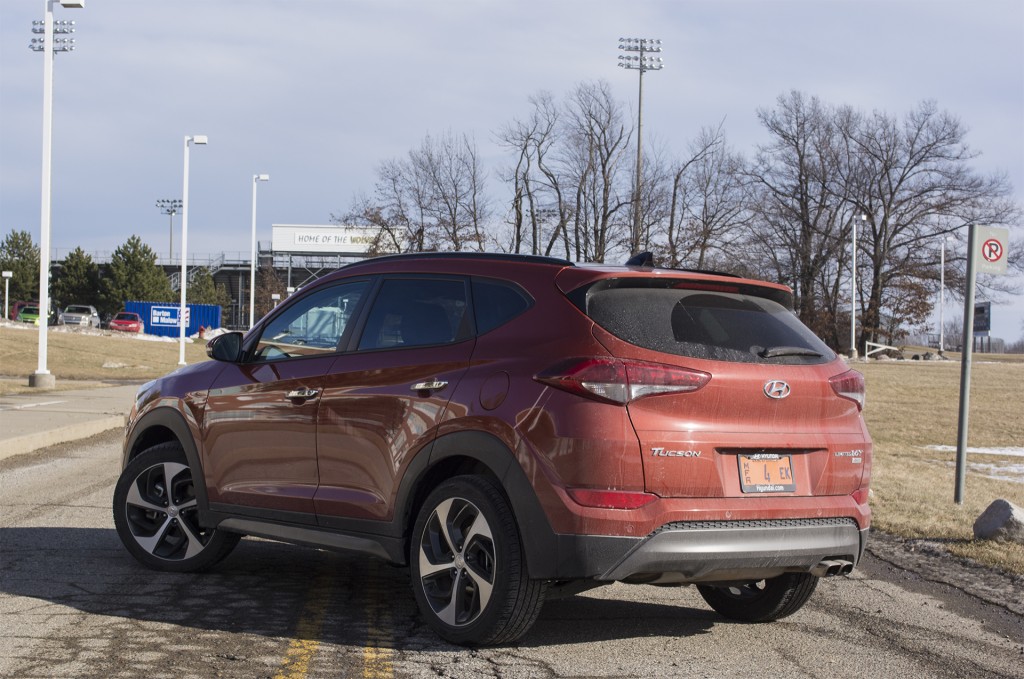 The 2016 Hyundai Tucson isn't quite the standout as it should have been. There are pieces of brilliance such as the exterior styling, turbo engine, and overall safety. But other things such as dual-clutch transmission, certain features not being available on lower trims, and small cargo area prevent the Tucson from reaching the top of the class. The biggest problem for the Tucson is that it doesn't have something that makes it stand out of the class. It is your basic crossover in a fancy wrapper. For some crossovers, this is ok as they have a name to stand on. The Tucson doesn't have that.

The 2016 Tucson is a huge improvement over the old one. But it still has some issues to work out before challenging the old guard.