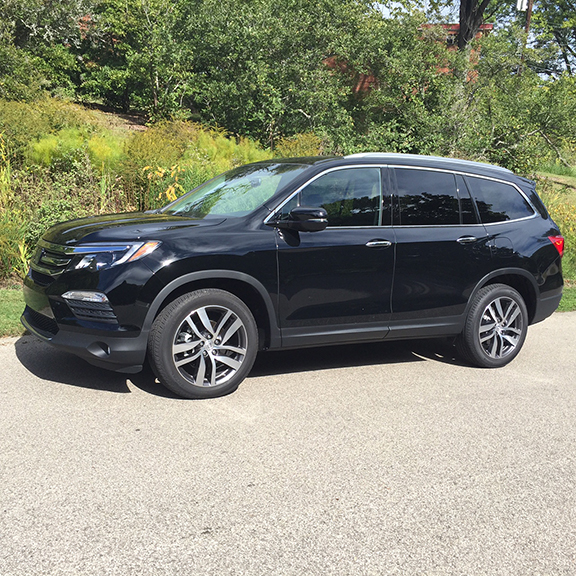 When reviewing vehicles, it's important to stay unbiased. However, for this vehicle, my wife was ultra excited. We own a 2013 Honda Pilot, and it serves our family well. We tow our camper with it, and it's the right vehicle for her as a daily driver, and weekend warrior. So when she heard I was getting the 2016 Pilot to review, she was giddy. She had already been contemplating upgrading to the new model and this would be a good opportunity to spend quality time with it. For 2016, the Pilot is completely redesigned with new looks, a new powertrain and redesigned interior.


What We Loved about the 2016 Honda Pilot


What We Didn't Love about the 2016 Honda Pilot 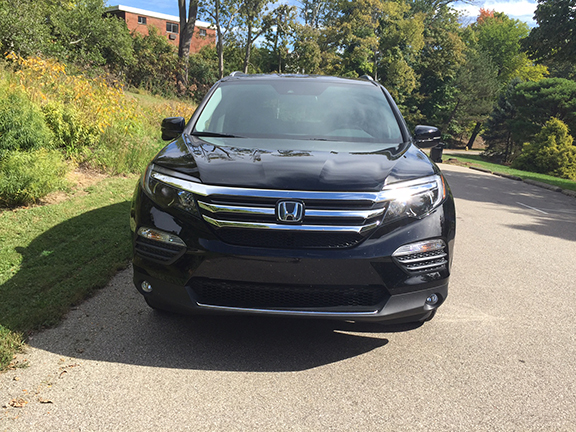 The 2016 Pilot is less boxy and now seems to fit in the rest of the Honda family. The Pilot looks like a bigger version of the top-selling CR-V. The styling is similar. This Pilot has more streamlined looks, consistent with today's SUVs. The previous generation Pilot was boxier, which was standard for many SUVs during that generation too. So, while the Pilot isn't cutting edge with its styling, it's merely keeping up with the Joneses, it is consistent with Honda's overall engineering plan, which means it does everything conservatively. The new front end and grille is very attractive although the styling makes it seem stubby and short. It definitely resembles the CR-V from the front. Styling on the side panels makes the body look long. In fact, the 2016 Pilot is three inches longer than the previous generation, so it's not just a styling illusion. The elongated look carries over toward the back side which has a rounded out area near the tail lights and a rear spoiler. From the back and side the Pilot looks like a very traditional SUV, and from the front, it certainly looks starkly different than the 2015 version. Overall, as a previous generation Pilot owner, the looks of this new one are much more appealing. 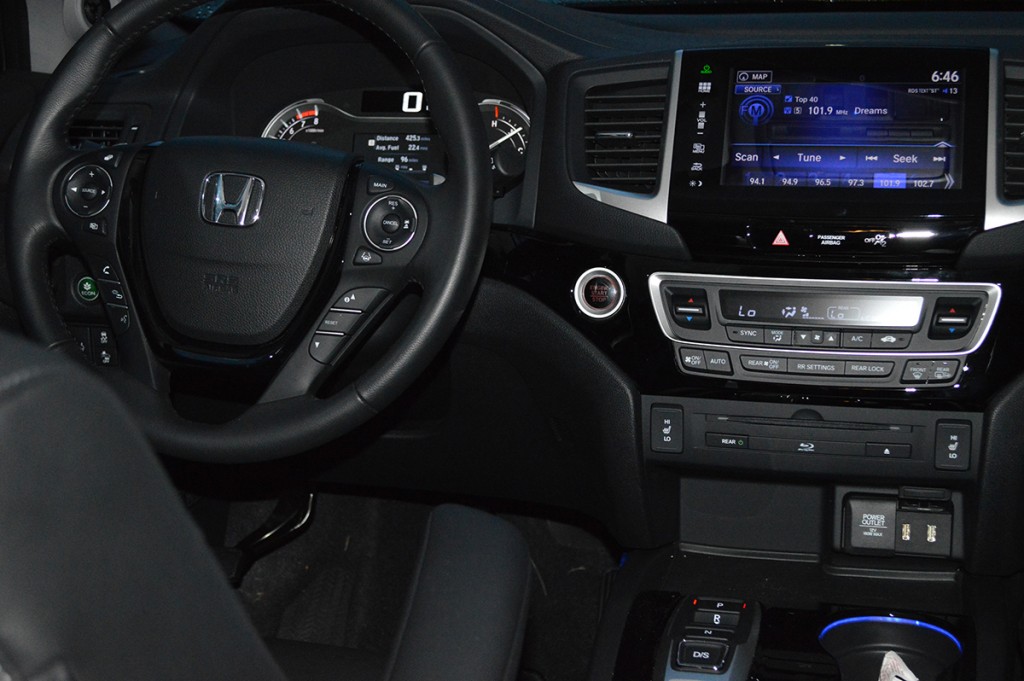 The appeal of the Pilot has always been its minivan-like interior. The consumer has floated away from the minivan and migrated toward the SUV. The Pilot is the epitome of that versatile people-moving, family-friendly SUV. The previous generation had ample room for families, as a seven or eight-passenger vehicle, but this redesigned 2016 Pilot goes even further with even more cargo space, even more head and legroom and an improved access to the third-row seat. Overall interior quality is significantly better. Softer materials are used throughout, even at the lower trim levels. Gone are those hard plastic surfaces that made the Pilot feel a little cheap. Plus, there are so many storage compartments and pockets, which is one of those features most don't note, and isn't marketed, but families will appreciate. Additionally, there are more cup holders than actual seats, again, one of those off-the-radar features that is worth noting. The increase in length is noticeable inside. The second row seating area is vast, making the Pilot an amazing family vehicle that is ready for long road trips. Available as either a 60/40 split bench-style seat or captain-style seating, the second row seats tilt and slide forward with the push of a button. This makes for much easier access to the third row bench-style seat, which also sees a gain in legroom. While adults will feel cramped in that third row, they can now get back there easier, and have a little more space. Comparing the third-row seat of our 2013 Pilot to the 2016 is like night and day. I'd never even attempt to get to the third row in the 2013 Pilot as it's too cumbersome to climb back there and also very cramped. Whereas, in the 2016 Pilot I can now get back there and sit down without feeling too cramped. Behind the third row seating area there is 16.5 cubic feet of cargo room. It'd be ideal if Honda knocked that space down a little to make the third row seating a little more comfortable. With all seats folded properly, there is a maximum cargo area of 89.3 cubic feet.

As mentioned, Honda plays things conservatively. As such, they're not known for cutting-edge technology. The new infotainment system in the Pilot is much improved over the previous generation which was not very well organized. Now it's much cleaner, and logical. An 8-inch touchscreen handles everything. My tester was the Touring trim, which comes with a Blue Ray player and screen for the rear passengers to enjoy, which again reinforces how nice this SUV is for road trips. The touchscreen is a little slow to respond and required several different taps at times to get from a station preset or a different option. There are four total USB connections and excellent integration with mobile devices. The Honda Sensing Package is outstanding. Like other sensor-based technology, it adds an element of safety to the driving with collision avoidance, lane-departure warning and forward-collision warning system. 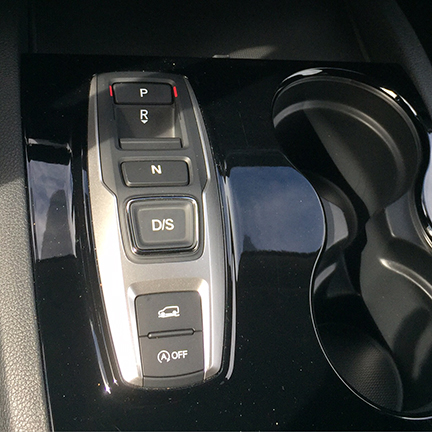 I once got better than EPA fuel economy in a 2012 Honda Pilot, on a family trip to New York. Since then, I've been a fan of the Pilot, and that led me to buy one. In 2016, having now shed 300 pounds and improved the transmission, the Pilot's fuel economy is improved. Front-wheel Pilots have an EPA rating 20 mpg/city and 27 mpg/highway. All-wheel drive versions get 19/26. In a week's worth of driving, I averaged 23 mpg. That's still outstanding for a vehicle that weighs more than 4,300 pounds.


Predicted Reliability and Initial Quality Ratings (6 out of 10)

The JD Power Initial Quality Study of record for the Pilot is based upon the 2012 model. It receives a 3 out of 5 rating from JD Power for initial quality, and receives slightly less with a 2 rating for the powertrain quality. They report minimal problems with the rest of the vehicle. This is an incomplete rating, since the study encompasses a vehicle that's now four years old.

The 2016 Pilot has not yet had it's IIHS rating yet as it's too new. But it has received a five star rating (maximum) from the National Highway Transportations Safety Administration. The Pilot received five-star ratings down the line from NHTSA. Additionally, the Pilot comes equipped with the aforementioned sensor-based safety features like collision mitigation system and road departure warning. 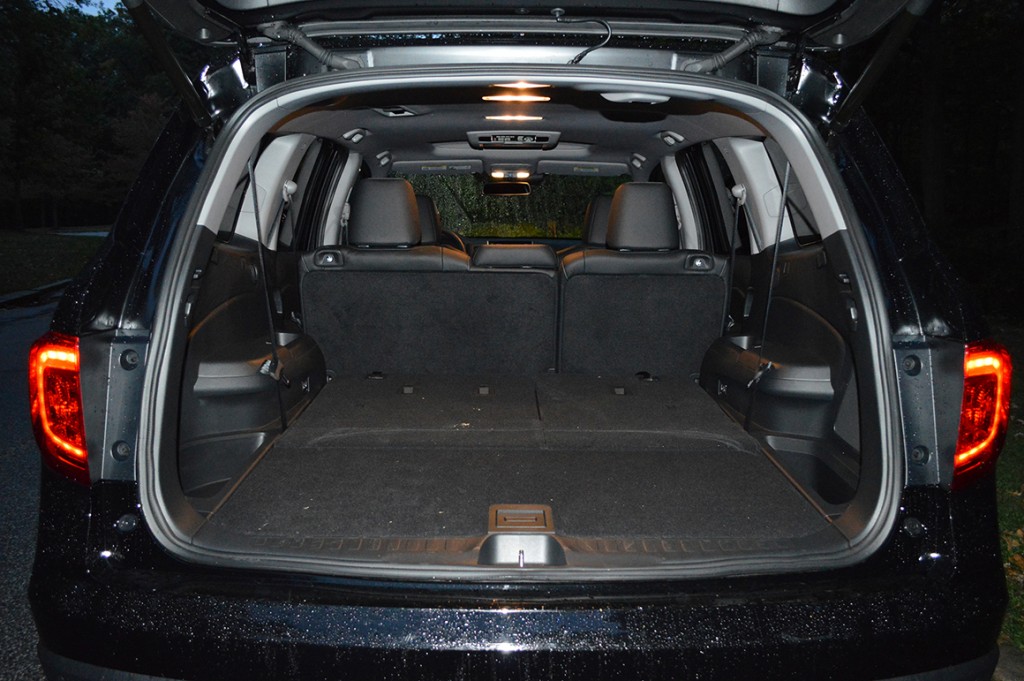 The Pilot is now equipped with a 3.5-liter V6 engine. A six-speed automatic transmission is standard for most trims. It's the same push-button transmission system used in the Acura MDX, that takes some getting used to. But with these improvements, the 2016 Pilot is now more powerful and more fuel efficient. The previous Pilot only had a five-speed transmission. This year's Pilot makes 280 horsepower and 262 lb./ft. of torque. The Touring and Elite trims get a nine-speed automatic transmission that is absolutely spectacular. It makes me wonder why they didn't just make this the standard transmission for all the trims. The shifts are smooth and efficient. Hopefully the next upgrade will include the addition of this transmission as standard for all Pilots. The towing capacity has increased for the Pilot too. FWD Pilots can now tow 3,500 pounds (last year's FWD could only tow 2,000 pounds). AWD Pilots can now tow 5,000 pounds (previous was 4,500 pounds). And this adds to the versatility of the Pilot. Its engine is built to be a fantastic people mover, offering a smooth, comfortable ride, but also enough power and ruggedness to be a weekend warrior when needed. Overall, this new Pilot performs better over the road. I found it to drive a little bigger than the 2013 version we own. It is bigger, but it's lighter. I expected the lighter weight to make it feel more agile, but it does not. The Pilot is not spry, but the all-wheel drive version does handle well on the road, and would be the option to recommend over the front-wheel drive version.

There are five trims for the Pilot EX, EXL, LX, Elite and Touring. We tested the Touring version which has a base price of $43,700. With several options that price can easily exceed $45,000. However, the base model EX starts around $33,000 making this a very affordable vehicle when compared to other vehicles of its size. The Elite trim is a new offering for this vehicle and is now the top-of-the-line trim for the Pilot. It features 20-inch wheels and has high-quality materials that teeter on luxurious. This trim is the closest match to the Pilot's mate, the Acura MDX. It also has automatic windshield wipers, heated and cooled front seats, heated second-row captain's seats and a heated steering wheel. 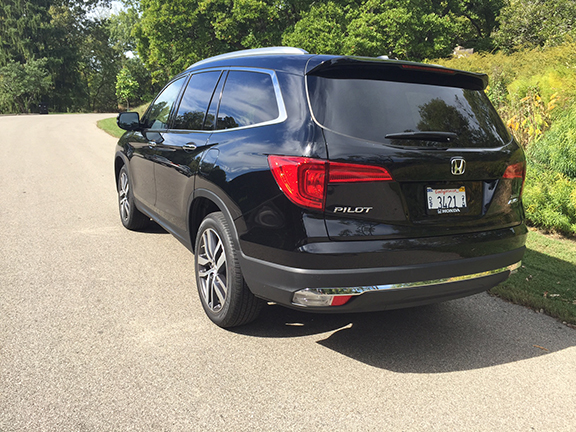 The 2016 Honda Pilot is a vehicle I can go on and on about. More than other vehicles I review, I can truly give a fair comparison of what it's like to drive one and see how it stacks up with all the new improvements. It's a nice progression and excellent evolution of this large SUV. It's capable, comfortable and now more fuel efficient than ever. It has more cargo room, more useful space and can even tow more. The improvements are significant for the 2016 Honda Pilot.