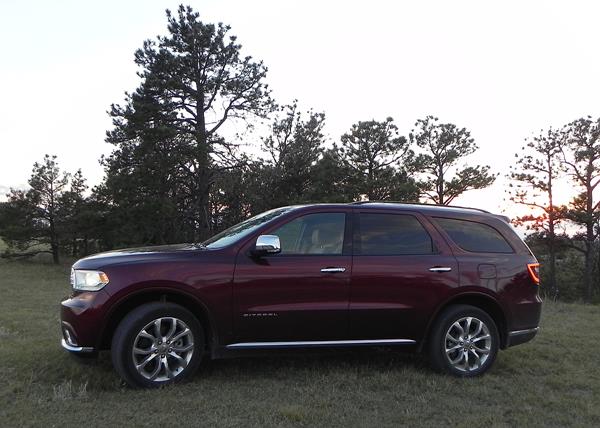 Three-row crossovers have largely displaced minivans as the family vehicle of choice on the American landscape. For roominess, daily usefulness and family comfort, there are few that can compete with the 2016 Dodge Durango.

Outside of a new stop-start system for the V6 engine in the Durango, little has changed in this crossover. This doesn't mean it's outdated or outclassed by the competition, as this current-generation Durango set the benchmark for others to achieve.

The 2016 Durango is a 3-row crossover that comes in four trim levels with two engine options and seating for up to seven. 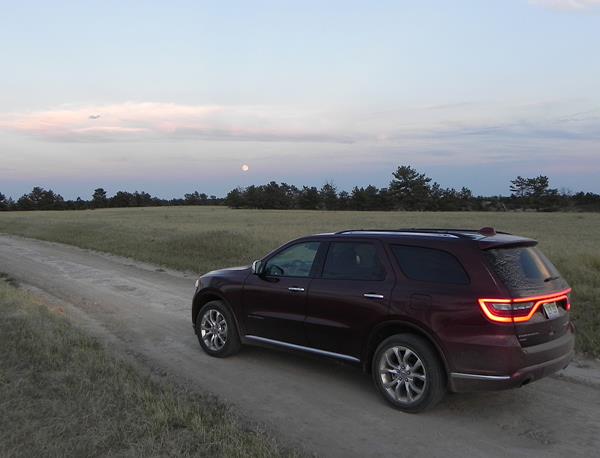 The large crossover segment has a variety of vehicle styles to choose from in terms of curb appeal. For pure muscular presence and bulky power, the 2016 Durango is a choice unto itself. With the flair typical of Dodge vehicles, the Durango carries itself with a little more raw presence than others in this segment.

The front crossbar grille starts this look, flanked to either side by almost square headlamps and below by a wide mouthed intake upon which a decidedly accentuated bumper sits. The flat, slightly upward-sloping hood and wide fenders complete the muscle up front and flow into a raked windscreen and long, straight roofline. Body panels are simple, but fast-paced and the rear hatch is squared with a sporty angle to its upper portion.

The overall look exudes strength and is more akin to the body-on-frame sport utility styling of the Durango's predecessors than to the modern crossover more commonly seen today. It's a look that definitely suits the 2016 Dodge Durango, and that sets it apart no matter what trim package is chosen.

Aside from minivans, the 2016 Dodge Durango has one of the best family-ready, road-trip-ready interiors you'll find on the market. Unlike others in this segment, the Durango's third row is actually adult usable and entry and egress to any seating position is simplified thanks to wide-opening doors and easy-fold seating for access or cargo options.

The front seating in the 2016 Durango is very good with plenty of space all around and a nicely-done driver's layout. Access to infotainment is canted towards the driver a bit, but is still easily usable by the front passenger. Options available on some trim levels or as standard equipment on others add things like extra seat adjustments and a better instrument cluster information screen. Driver aids such as blind spot management and adaptive cruise control are also options.

In the second row seating is still very good with plenty of adjustment and bolstering. Although this kind of comfort is becoming the norm in this segment, the Durango helped pioneer it as a standard. Behind that second row is a third row that is adult-friendly and one of the most comfortable you'll find in any market segment. Even luxury SUVs don't often have a third row that useful. In all seating positions, headroom is some of the best in the class as well.

Cargo space in the 2016 Dodge Durango is good, standing at 84.5 cubic feet when the second and third rows folded. An adjustable cargo cover can be used with either the third row folded or up.

The only place that the Durango falters is in materials quality. Though materials are very good, the interior of the Durango is getting a bit dated for the segment, given the newer options now available from competitors. That said, it's only a slight mark against the big Dodge as it doesn't give a low-rent feeling or cheap appearance, just one that's slightly dated. 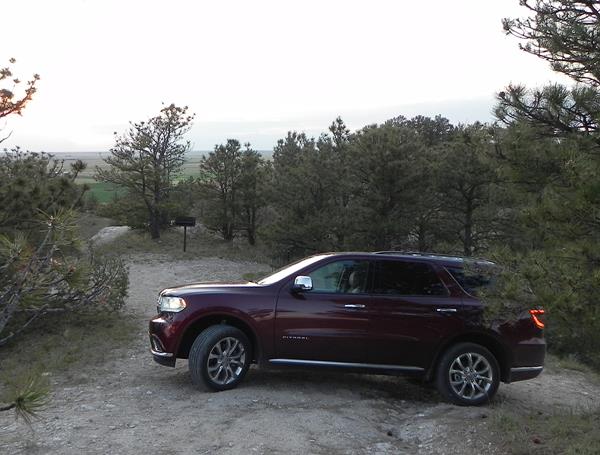 One more shining point for the Durango is in its tech offerings. Like most Chrysler-Jeep-Dodge products, the Durango uses the latest-generation UConnect (version 8.4). The standard offering is UConnect 5.0 on a 5-inch screen, but moving from the base model Durango to any other trim level replaces that with a much more usable 8.4-inch touchscreen utilizing version 8.4 of the system.

Standing as the most usable infotainment interface on the market, UConnect is one of the easiest and most useful systems consumers can find. With both touch and voice controls, UConnect is also one of the few infotainment interfaces on the market that offers speech-to-text and text-to-speech to both read and allow verbal replies to text messages on your connected phone. Several app-based and other options are also available for the system and the user's phone as it interacts.

The 2016 Dodge Durango has received an "About Average" rating from J.D. Power and Associates in their Vehicle Dependability Study. Previous years in this generation of the vehicle have had similar ratings, leading us to not cut it much slack in this regard. 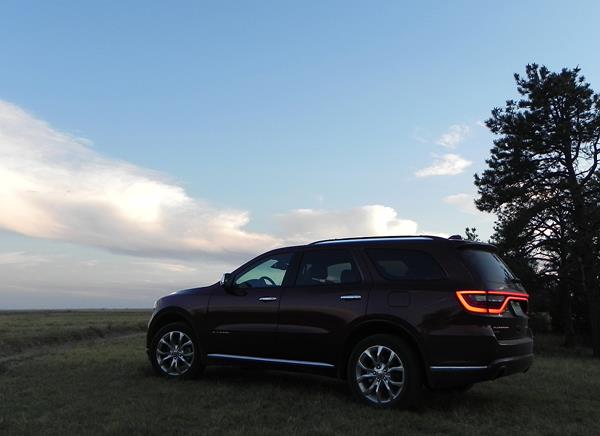 The 2016 Durango has done fairly well in crash tests. The Insurance Institute for Highway Safety has given it a top-most "Good" rating on all but the small-overlap front test results. That test is often difficult for crossovers this large to master. The National Highway Traffic Safety Administration has rated the Durango with four out of five stars on most of its tests.

The 2016 Durango has been subjected to one safety recall so far for its braking system.

There are two engines, one transmission choice, and either rear-wheel or all-wheel drive for the 2016 Dodge Durango's drivetrain options. Most Durango models are powered by a 3.6-liter V6 that produces 290 horsepower and 260 pound-feet of torque through an 8-speed automatic transmission. Adding the Rallye or Blacktop packages boosts that output to 295 horsepower. Both RWD and AWD are available and towing is rated at 6,200 pounds maximum, which is about tops in the crossover segment.

The V8-powered models utilize a 5.7-liter that outputs 360 hp and 390 lb-ft of torque through an eight-speed automatic. Again, both RWD and AWD are options. This engine is available as standard equipment in the R/T model and as an option in the Citadel model. Towing is rated at up to 7,400 pounds.

The V6 Durango is capable of 7.8-second 0-60 mph times per our testing and has an aggressive, powerful appeal to it despite its bulk and the seemingly small engine under the hood. Powering up the on-ramp to the freeway and passing at highway speeds are all muscular in the Durango with the V6. The 8-speed transmission is smooth and quick to respond in most situations.

The V8-powered Durango is considerably quicker, with a throatier sound to its power.

In either configuration the Durango is a comfortable, nice-driving highway vehicle with a solid feel about it. Around town, visibility is somewhat poor, but available cameras and aids help eliminate that. Those inside the Durango may be surprised at how quiet it is on the road and how capable it is off the road in light and medium duty trail blazing. It's also a capable tower, though like most unibody vehicles in this class, the trailer's presence transfers readily into the cabin when wind and weather interfere.

The 2016 Dodge Durango has a very low starting price for a 3-row crossover of this size, but comes with little in the way of standard equipment for that low entry fee. Unlike some competitors who take the cheap-entry approach to attracting buyers, however, the Durango's trim levels do not skyrocket in pricing to make up for that low entry level. Instead they step up gradually with the Citadel topping the ranks, but having more accommodations and bling for the buck than many similarly-priced entry-level luxury options might.

Some trims are more competitively-priced than others, so shoppers will want to make sure they know what they want and how to get it with the best deal. The Limited is competitive on paper, but some similarly-priced trims in other makes might have better equipment. Of course, finding something comparable to the muscular R/T model will be nearly impossible, making it a selling point on its own. 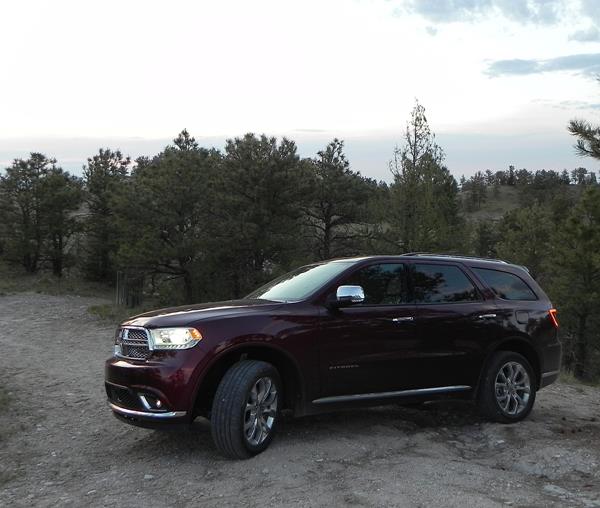 The 2016 Dodge Durango has no lack of competition in today's market. The closest competitors it has, in terms of family usability, are the excellent Toyota Highlander and the equally-good Honda Pilot. The Mazda CX-9 is sportier and might be seen as more stylish. In terms of towing and 3-row comfort, though, only a truck-based sport-utility like the Chevrolet Tahoe and the Ford Expedition are truly competitive.

We became big fans of the 2016 Dodge Durango despite it being a bit aged next to the newer-generation competition. The interior is well done and very comfortable with a lot of family-oriented ergonomics that others just can't match. With class-leading infotainment options and a smooth highway ride, the Durango is definitely one to consider. Add in the aggressive R/T package and even muscle car fans can be proud to drive this family machine around.