For 2016, this special edition is the only thing new for this minivan. Even though this isn't a milestone year for the Chrysler Town & Country, they're still celebrating with the Anniversary Edition which includes a power sunroof, heated first and second row seats, a heated steering wheel and special edition badging. 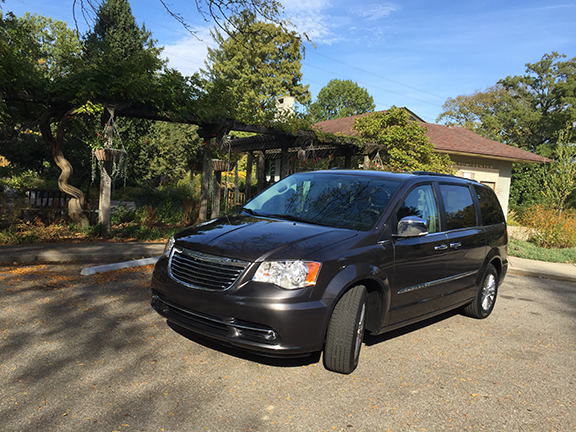 What We Loved about the Chrysler Town & Country


What We Didn't Love about the Chrysler Town & Country 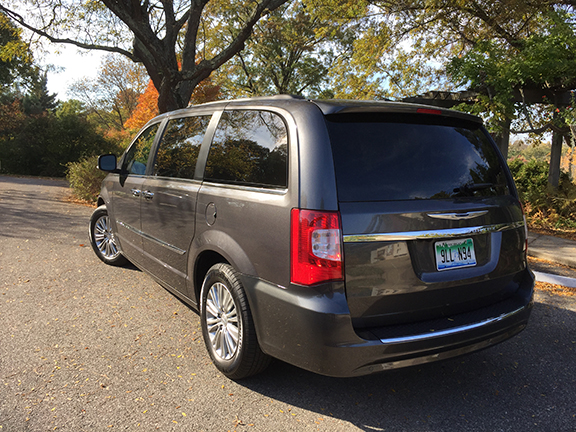 Throughout the years, the Town & Country has certainly evolved, but what it has always held true to, was its long, spacious overall look. It's a minivan through and through. The handsome, conservative styling appeals to many families, especially within the Midwest. In that way, the looks are on point. It's not overly stylized and even lacks some of the exterior design and flare that other competitors have, like the Honda Odyssey. The overall consistent design of the Town & Country is appreciated. The styling on the long hood helps diminish the length of the middle, where that same styling continues. Although, the Town & Country seems to abruptly lose any of its look on the back end, which is upright and ends sharply. 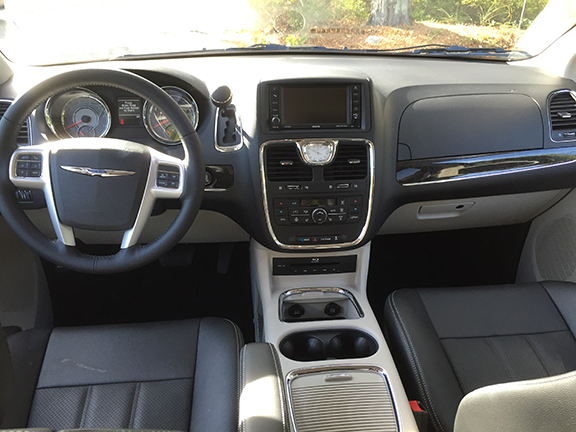 The Town & County best features are all inside. This is where this van hits the sweet spot for the consumer. The large, cavernous interior shows why vans are still popular with many families, especially those with several children. There are very few SUVs and no crossovers with the room of a minivan. The Town & Country has legitimate seven-passenger capabilities making it ideal for families and road trips. Chrysler's patented Stow ‘n Go system allows the second row seats to be folded flat into the floor with the pull of one lever. It's a simple and convenient system, that parents will love! Additionally, the third row seats fold flat which gives the van a total cargo area of 143.8 cubic feet. Talk about a versatile weekend warrior! Your passengers, especially the kids, don't care about the cargo room, they want to know about their personal space. And again, the Town & Country excels in this area. Second-row legroom measures 36.5 inches and 39.3 inches for headroom. This brings peace for family road trips as each family member will have ample room. While the third row is best suited for smaller passengers (not good for adults), it is easily accessed with the push of a button. This is a nice improvement for this model year. Rear passengers have heated seats, on some of the trims for the Town & Country, and there is separate climate control for the rear passengers too. Clearly, this van was designed with families in mind, as it staves off many excuses kids would complain about. The overall materials used inside are still lacking when compared to the Toyota Sienna and Odyssey, but there is a marked improvement for the Town & Country. Road noise is pervasive for the loud Town & Country. The root cause seems to come from sliding side doors. 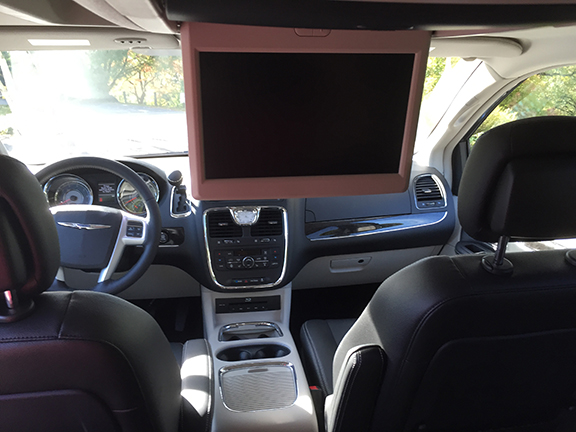 Some trims offer a rear seat entertainment with a 9-inch touchscreen, which again pacifies whiny, cranky children on road trips. It's a must-grab feature for those families who plan to truly use the van for longer trips. Pop in the DVD for hours of peace and quiet. There's even a pair of wireless headphones so rear passengers can listen at their own volume and mom and dad won't have to hear whatever annoying song or voice is being played. Chrysler also keeps up with modern technological demands of today's consumer by adding a rear-seat USB charging port. Let your kids recharge their devices this way. There are also two more USB ports for the front seat as well as an audio auxiliary. A 6.5-inch touchscreen uses Chrysler's UConnect system, which is my favorite of all the infotainment systems. It is both intuitive and integrates flawlessly with both Android and Apple products. There are plenty of available apps to work with Bluetooth features too!

The Town & Country has an EPA rating of 17 mpg/city and 25 mpg/highway. While this is less than some of its competition, it is an improvement over the previous generation Town & Country. In a week's worth of driving, we averaged about 21 mpg. We hope a change in the powerplant and transmission will further improve the fuel economy in future editions of this van.

Based on the latest testing by JD Power (using a 2012 model), the Town & Country lags behind on quality within the segment. The powertrain rating is only three out of five stars. In other areas, it has a more favorable five star rating including body and interior quality.

Safety is the most important thing when it comes something that is hauling around your family. And the Town & Country does well in both IIHS and NHTSA tests. NHTSA gives them four out of stars in overall safety and IIHS rates them good in their three main safety categories.

There are front, rear and third row airbags for extra protection, as well as a post-collision safety system.

One of the reasons minivans have fallen out of favor with the consumer is the way they drive. They are bulky, not overly maneuverable and have little driving excitement. Sadly, the 2016 Town & Country doesn't do anything to change that. It has a 3.6-liter V6 engine that makes 283 horsepower. While it's certainly well-powered, this engine is loud. Additionally, it only has a six-speed automatic transmission which struggles with some of the shifting, and certainly contributes to its lagging fuel economy numbers. The overall powertrain of the Town & Country could use a complete turn over. This is a relatively older Chrysler engine, and the van would be more fun to drive with a different engine. It would certainly be quieter and more fuel efficient. This van is long, and therefore less maneuverable. However, it does drive smaller than other vans on the road and at times feels like a smaller SUV from behind the wheel.

There are six total trims for this model year, including the new Touring L trim which has a base price of $35,595. Our fully loaded tester, including the extra $1500 for the anniversary trim had a final MSRP of $41,175. The Town & Country is priced competitively in the segment, costing less than the Toyota Sienna and Honda Odyssey. Within the FCA family, the Dodge Caravan is the more affordable option for those who are shopping merely on pricepoint, although that van lacks many of the niceties of the more appointed Town & Country. 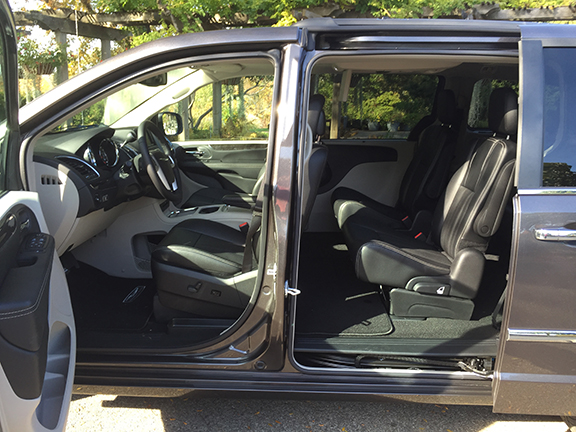 There's little sex appeal about minivans. Consumers who purchase them do so for the overall value, space and amenities rather than the status symbol. Chrysler designed the Town & Country with the family in mind, and throughout the superior interior, practicality and family common sense prevails. That is where this van thrives. Look past some of its flaws and appreciate for what it could bring as a nice family vehicle, designed with mom and dad in mind.

Comparison of 2016 Chrysler Town and Country with Similar Cars