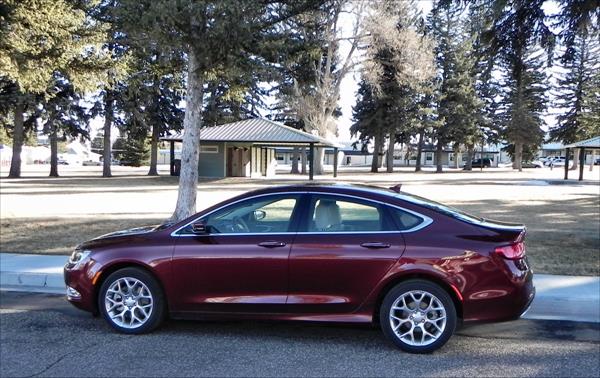 Overview (Final Score: A)
The 2016 Chrysler 200 carries on from the totally new 2015 model, with just a few changes in response to customer buying habits and requests. These changes are not key to the overall strengths of the Chrysler 200, which are significant.

Most notable about the 2016 200 is its beautiful curb appeal and strong driving dynamic in its sportier renditions. Comfort-oriented options, though, also carry a lot to offer those who are more interested in road confidence than speed.

In nearly all respects, the 2016 Chrysler 200 delivers a great choice to consumers shopping in the midsize sedan category. It has its downsides, of course, but no more than do its rivals. The midsize segment is one of the hottest markets in automotive right now and the 2016 200 is as competitive as any other. Compared to rivals, the 200 offers class and upscale appeal on several levels. 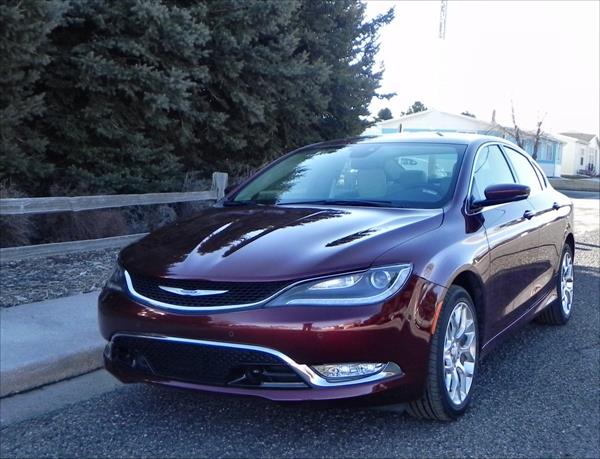 Exterior View (10/10 relative to market)
The 2016 Chrysler 200 is one of the best-looking midsize sedans on the market today. It's a mixture of bold and contemporary that stands out among its peers. That is not to knock some of the 200's rivals, of course, as the midsize sedan segment is replete with highly competitive offerings.

The 2016 200 carries the design of the 2015 model forward, with an upscale appearance that begins with its carefully curved front grille and tapered fascia. Headlights and fog lamp bezels sit above and below the bumper cover drawing wide edges for an hourglass laid on its side, defining the front fascia's shape. The signature Chrysler wings are accented by the center portion of this curvature, creating a beautiful effect below the lightly lined hood.

The hawkeye-shaped headlamps flow into the fenders, where lines begin to follow along the bodywork with an elegant flow. Thing A-pillars and de-emphasized, heavily curved C-pillars create a light greenhouse effect for the sedan, opening the window sizes for an airy feel.

The overall body shape is of a saloon-style coupe, popular in today's sedans, but which the Chrysler 200 takes to sportier levels with its sharply-curved rear roofline into the short decklid.

It's a look that promotes solid curb appeal and sporty movement. The 2016 200 appears equally at home in front of the opera house or out on a winding country lane. 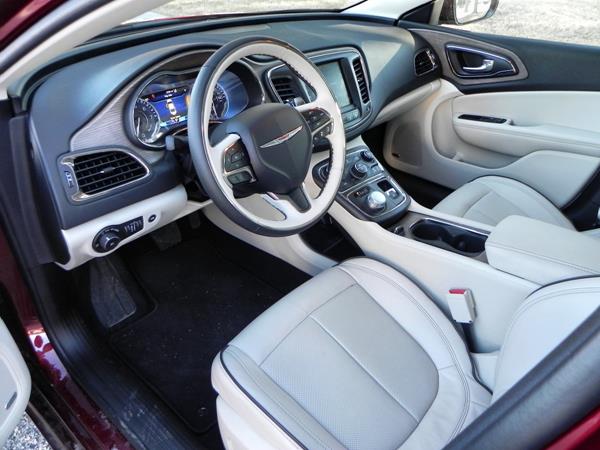 Interior Comfort, Quality, Ergonomics (8/10)
One of the key upgrades for the 2016 Chrysler 200 is in its seating. The front driver and passenger seats have received internal upgrades that improve firmness, making them far more comfortable. This was a top complaint among critics after the all-new 2015 model debuted and Chrysler worked quickly to address it. A few other options shuffled around as well, including some key additions to the Limited and S models such as a standard backup camera and a heated steering wheel becoming standard in the 200C models.

Otherwise, the 200's interior remains much the same as it was for the 2015 revamp. Which is, for the most part, a good thing. Front seating in the 2016 200 is comfortable and very adjustable, even in lower trims, and the interior on the whole sports quality materials. Even the base model 200 has nothing cheap about its interior experience.

Instruments are well-positioned and easy to read and the base level five-inch touchscreen is nice to have while the upgraded 8.4-inch touchscreen is superb. Smart placement of small things like USB port locations and gadget storage shelves finish the great design for the driver and passenger experience in the Chrysler 200.

The same cannot be said of the rear seating, however, which is a bit more cramped than in most competitors. The sloping roof impedes headroom for taller passengers and legroom is less adequate than will be found elsewhere. Overall, the rear seats feel cramped for everyone of adult size due to the less airy design of the coupe'd roof when seen from the inside.

Trunk space is good, though, with a full 16 cubic feet being offered and 60/40 split-fold seating being standard. A pass-through is also standard, allowing thin items such as skis or boards to be carried without losing the ability to seat four people in the 200. 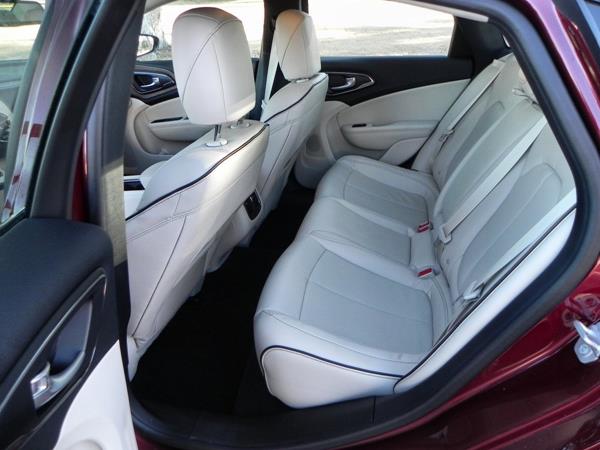 Technology (10/10)
Few can best the excellent Uconnect system Chrysler now offers in all of its vehicle line. For the 2016 model year, a few tweaks to improve connectivity are added to that system. The 2016 200 itself also receives a little tech option shuffling in its model/trim lineup. Safety options like blind-spot monitoring and rear cross-traffic alerts are now available as stand-alone options in the Limited trims, for example.

The infotainment system in the 2016 Chrysler 200 starts with the 5-inch touchscreen on the center console. This offers limited, but functional tech options such as Bluetooth connectivity, audio and climate controls, and so forth. A USB port and iPod plug are both also standard equipment in the 200.

Upgrading the infotainment to the full Uconnect suite changes that to an 8.4-inch touchscreen with a brighter display at higher resolution. At this point, the infotainment in the Chrysler 200 becomes one of the best in the industry. Packages can add navigation, smartphone app integration, and a somewhat unique text message read-out and voice-to-text response system that allows the driver or passenger to respond to text messages by speaking and having that speech converted to text for sending. WiFi hotspot and other options are also available.

Most will find the Uconnect system to be easy to learn and less distracting to use than most other infotainment options on the market today.


Fuel Economy (9/10)
The 2016 Chrysler 200 receives high marks for fuel economy for two reasons. First, the fuel economy numbers the EPA has given the car are very good for the class, especially for the V6. Second, we rank them high because they are easily reproduced in the real world.

In real-world driving, we were able to reproduce these numbers easily with a simple, though short, daily driving test. 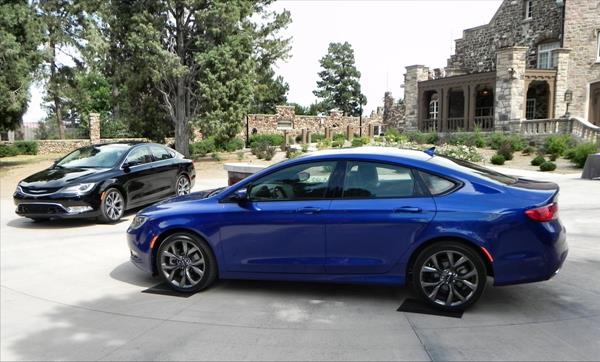 Predicted Reliability, Initial Quality Ratings (6/10)
Although the hope is that the kinks found in the 2015 model year will smooth out the overall reliability experience with the 2016 model year, we have little to evaluate the 2016 Chrysler 200 on other than the results of the first year of this generation of the car. Those were a bit rocky.

The 2015 Chrysler 200 received five safety recalls, including recalls for electrical issues, transmission problems, and suspension concerns. Four of those five recalls happened midway through the year, on or after July of 2015, so they are fairly recent to this writing and happened just before the production of the 2016 model year began.

J.D. Power and Associates rates the Chrysler 200 as "About Average" in its Vehicle Dependability Study, giving the car 2.5 out of 5 points.


Safety (10/10)
Although the 2016 model year Chrysler 200 has not been crash tested, it is largely unchanged from the 2015 model, which was a top pick on all fronts. The 2015 Chrysler 200 was both a Top Safety Pick Plus in safety ratings by the Insurance Institute for Highway Safety and received a 5-Star rating from the National Highway Traffic Safety Administration.

The Chrysler 200 received top scores of "Good" on all IIHS tests and five out of five stars on all but one test from the NHTSA, receiving four stars for rollover protection. We expect that the 2016 model will mirror these results. 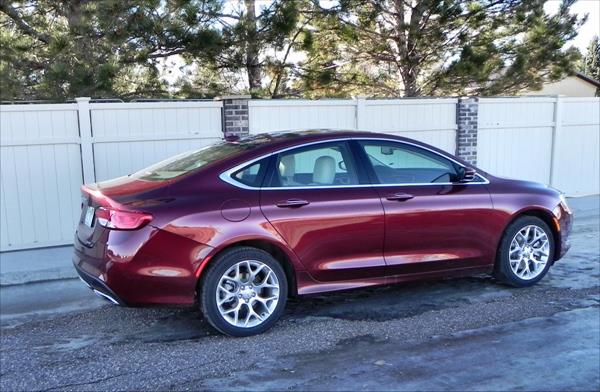 Performance (9/10)
There are two engine options, an automatic transmission, and two drivetrain options available for the 2016 Chrysler 200. These begin with a 2.4-liter four-cylinder engine that produces 184 horsepower and 173 pound-feet of torque. This runs through a nine-speed automatic transmission in front-wheel drive. This powertrain is a solid choice for most buyers who don't need all-wheel drive or require fast acceleration, preferring instead superior fuel economy.

On the road, our test drive of a 2015 model equipped with the four-cylinder engine proved that the unchanged 2016 model with the same is a good drive. In most situations, the smaller engine performs admirably, offering perky performance around town and a good highway presence. The 200 is one of the better four-cylinder drives in the midsize segment, but would not be considered "sporty" by most.

The other engine option is a larger 3.6-liter V6 that utilizes the same nine-speed automatic transmission. This engine outputs 295 horsepower and 262 lb-ft of torque, making it one of the most muscular in this class. Both front-wheel and all-wheel drive are available with the V6.

Our test of a V6 model 200 with AWD proved it to be very sporty by nature and responsive in all situations. The driver-selectable Sport mode adds more throttle response and better transmission shift patterns for performance-oriented driving. 0-60 mile per hour times in the six-second range are possible with a 2016 Chrysler 200S with a V6 engine equipped.

On the road, the 2016 Chrysler 200 is a solid drive that offers better handling and dynamics than many rivals in the midsize category. Those more interested in comfortable, confident driving appeal will enjoy the cushier 200C models whereas those wanting more pep and fun in their drive will love the 200S models.


Pricing and Value (8/10)
Although there are lower cost options in the midsize sedan segment, on a level playing field of included equipment per dollar spent, the 2016 Chrysler 200 does well. Compared to rivals, the 200 is a good buy on those terms. We did have to deduct points for the historically lower resale value and trade-in value the 200 usually has, however, as predictors of long-term value losses for the car. These are not significant, but they are a deduction.

In daily use, the 2016 200 offers good fuel economy, strong performance, and decent versatility for the segment. With the AWD option and the customizable package options available, we feel most buyers will likely be longer-term than is the average in this category, which raises the overall value of the car for the individual buyer who plans to keep their 200 for more than a three-year lease period.


Total Score and Competitive Comparison (70/80, 87.5%)
The 2016 Chrysler 200 scores high overall, though we should point out that the midsize sedan segment is replete with very competitive, well-designed rivals. Those shopping for a Chrysler 200S model, for example, may want to consider a Ford Fusion with EcoBoost as a price-competitive and sporty rival with a more usable back seat. On all fronts, the segment-leading Honda Accord and Nissan Altima both offer better passenger accommodations overall and the Altima's seating, in particular, is far more upscale. Finally, the Mazda Mazda6 is a midsize sedan that is often overlooked and shouldn't be for its great style and well-done powertrain.

Even with these strong options, though, buyers shouldn't ignore the 2016 200 for its excellent styling, upscale appeal, and great road presence.