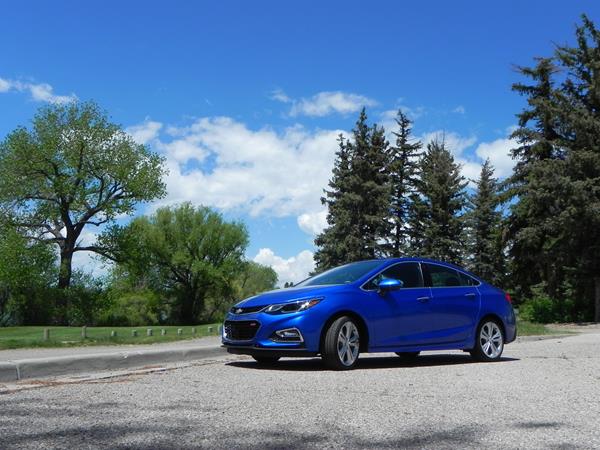 The 2016 Chevrolet Cruze is an all-new offering for this model year. Completely revamped, the Cruze is now much sexier and far more sophisticated than its previous generations have ever been. High points to the new design are a compelling exterior, a smart and roomy interior, and a decidedly top-notch value proposition. We drove the 2016 Cruze both at a Chevrolet-hosted event earlier this year, in which several trim levels were sampled, and as a week-long loan from the manufacturer. In all, more than 500 miles were put on the car and we enjoyed every one of them.


What We Loved About the 2016 Chevrolet Cruze


What We Didn't Love About the 2016 Chevrolet Cruze 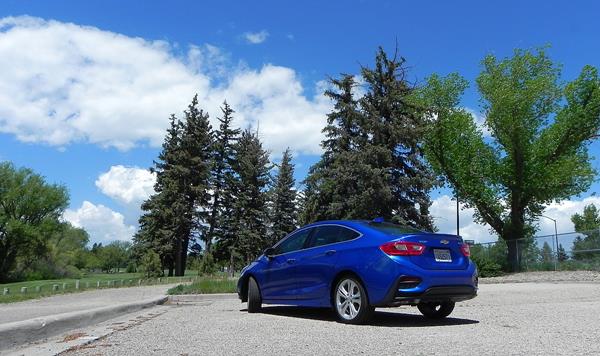 Many things have changed with this new-generation Cruze, including a completely fresh new exterior. The design is flowing and somewhat wedged at the front, evoking the Cruze's history and carrying with the design trends of the larger Malibu and Impala sedans. The front fascia has a narrow grille, centered by the Chevrolet bowtie, underneath with a wide intake sits. To either side are long headlamps with similarly-shaped foglamp bezels below.

The hood is short and tapered, with the taper being accented by lines down the center and to either side. This makes the hood look longer than it is, creating a flow to the raked windscreen. Edges along the pillars balance this fast design.

The body lines on the 2016 Cruze are simple, but effective. A long beltline travels from a rounded fender arch, under the side mirrors, through the door handles, to the pointed edge of the tail lamps. At the bottom of the doors is a widening swoosh cut to give character to the bodywork. At the rear, a fastback-style design with a clipped trunk finishes the speedy appearance of the 2016 Chevrolet Cruze. It's a good look all the way around and can be accentuated by larger wheels, trim pieces, and more as the trim levels of the Cruze progress. 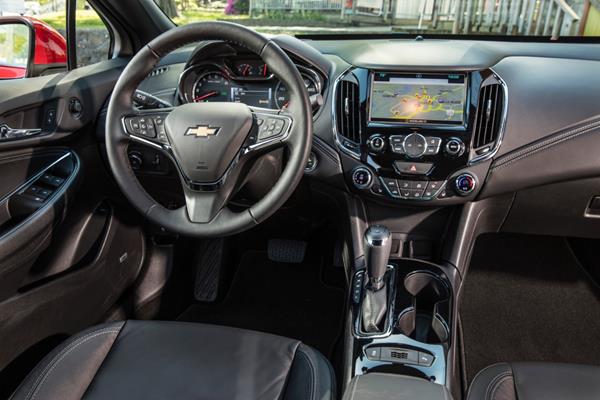 The 2016 Chevrolet Cruze has a surprisingly upscale, stylish interior for the small sedan segment. We really like the high materials quality and the curved line accenting the dashboard. Roominess and an open feeling throughout the cabin are nice touches not often seen in competing sedans. Speaking with the interior design lead for the car, we learned that the holistic look of the interior is no accident.

Seating in the 2016 Cruze is also very comfortable, aimed towards a broad audience of people in size and proportion. The big and tall will find comfort here as will the small and compact. Even in the rear seats, which are much roomier than in the previous generation Cruze. Trunk space is also ample at 14.8 cubic feet (dropping to 13.9 in the LT and Premier trims due to speaker additions).

Beyond the usual roominess and space, though, is another unexpected luxury point in the new Chevrolet Cruze: silence. The cabin in the 2016 Cruze is quieter than even some luxury vehicles we've been in and is definitely the quietest highway ride in this segment.

Finally, we really noticed the improved ergonomics of controls layout in the Cruze. Buttons, switches, and controls are all within easy reach and well-tuned to both driver and front passenger. Especially with the infotainment system's positioning, making it one of the more inclusive options in the segment without becoming flat and glare-prone. 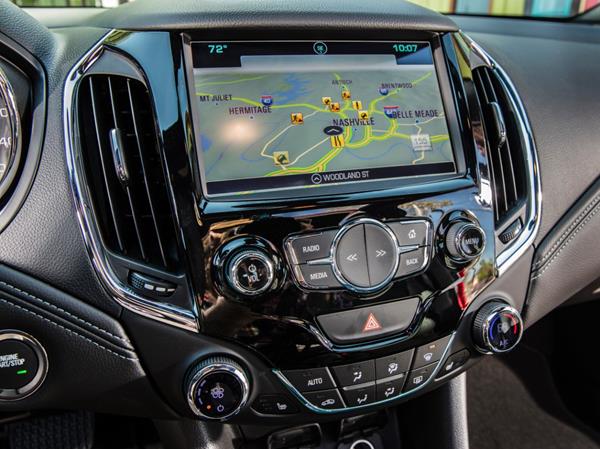 Technology in the 2016 Chevrolet Cruze centers on the MyLink infotainment system. This starts out with a 7-inch touchscreen for the base model Cruze and upgrades to an 8-inch screen in the higher trims. Graphics are very clear and menus are intuitive to those familiar with most smart devices. Responses from the system are fast and easy to understand. Apple CarPlay and Android Auto are standard features as well. We found this information system to be quick and easy to learn. We really like the way it works both when parked and on the fly while driving. Common tasks such as tuning the SiriusXM station or pulling up music on your smartphone are very intuitive and quick. Android Auto is nearly seamless here as well, making it one of the better uses of the app we've seen so far.


Fuel Economy (9/10) Fuel economy in the 2016 Cruze is good for the segment, ringing in at 33 mpg combined, with 29 mpg around town and 41 mpg on the highway in the manual transmission. The automatic transmission boosts that to 35 mpg combined, with 30 in town and 42 on the highway. The upper-crust Premier trim drops highway mileage to 40 mpg. These are top-of-the-class numbers in MPG returns. In the real world, we saw a bit less in our fuel economy returns, averaging just over 30 mpg after more than 400 miles of driving during our week with the car. Most drivers are likely to see MPG returns similar to ours, given our mix of driving conditions, but may see a bit more with lower altitudes (we are at 5,400 feet) or a higher highway mix.

It is difficult to give a reliability rating to an all-new vehicle like the Cruze. Previous generations of the car have fared relatively well in the segment for initial quality and reliability. This new-generation has an entirely new powertrain and completely new chassis and body frame, so it's not a given. We feel that it will do well, however, given the smart build and intelligent design the car has. We especially like the timing chain (rather than belt) and robust design of the little Ecotech engine under the Cruze's hood. 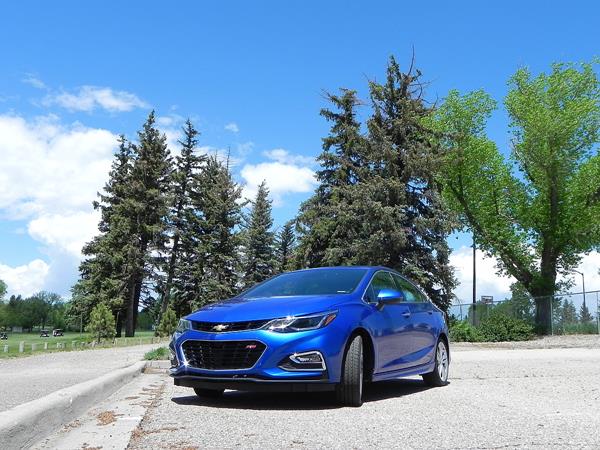 So far, only a few crash test results for the 2016 Cruze have been published. The Insurance Institute for Highway Safety has given the Cruze a top score of "Good" in the moderate front overlap and side impact tests, both a good sign for the car. In previous generations, the Cruze struggled with the small front overlap test, but design features including improved welds and impact zones in the 2016 Cruze are likely to change that for the better. The 2016 Chevrolet Cruze has received good reports from the National Highway Traffic Safety Administration thus far. So far, there have been no recalls associated with the 2016 Cruze.

The 2016 Chevrolet Cruze is powered by a 1.4-liter turbocharged four-cylinder engine that produces 153 horsepower and 177 pound-feet of torque. A six-speed manual transmission is standard in most trims and a six-speed automatic is optional there or standard in higher trims. Automatic engine stop-start for fuel savings in town is included with the automatic transmission. We found the 1.4L to be a peppy, fun little engine that outputs beyond its size. The Cruze is well-served and right-sized for this engine's performance and the great steering response and speedy stature of the little car are all conducive to an engaging drive. More so than many in this segment can claim. Transmission shifts are good, though not top of the line, but most will find the Cruze to be a fun drive all around.

For the included accouterments and excellent drivability of the car, we believe that the 2016 Chevrolet Cruze is a high-value purchase. With a starting price in the $16,000 range and an average purchase price under $20,000 for the car, we think that most buyers will get plenty of bang for their buck. The included 7-inch infotainment touchscreen, backup camera, excellent interior, and solid interior design and exterior look are all high points in every trim. We sampled several trim levels of the Cruze at a Chevrolet-hosted event and found that whatever the trim point, the interior and ride quality are top shelf in this car. Add in the engine's design and lack of costly maintenance requirements such as timing belt changes and you have a lot to think about with this new Cruze. 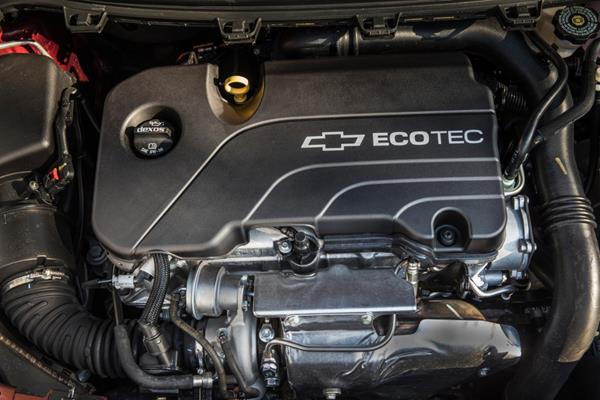 The small sedan segment is full of competitors ready to take you out on the town. The Cruze will have a hatchback model next year, but so far does not, putting it at a disadvantage compared to some of the segment's best options. Notables in this segment include the wonderful Mazda3 with its superb handling and fun drive. The Ford Focus is also a solid contender on those fronts, especially with its new turbocharged engine options. The best-selling Honda Civic is a good choice as well, though its aging in comparison to the low cost and high equipment of the Cruze.

Perhaps the most competitive in terms of value for the dollar is the Kia Forte, another great choice. The 2016 Cruze stands up well against these foes, however, and is definitely one worth keeping on the "must drive" list before you buy.

We really like the 2016 Chevrolet Cruze for its value proposition and excellent interior experience. None in this segment can claim to be better and high fuel economy returns despite a fun driving nature are also high points here. Those who need the versatility of a hatchback, though, will have to wait on the 2017 model year with the Cruze and so far, no hybrid options for the fuel-conscious are available from Chevrolet.