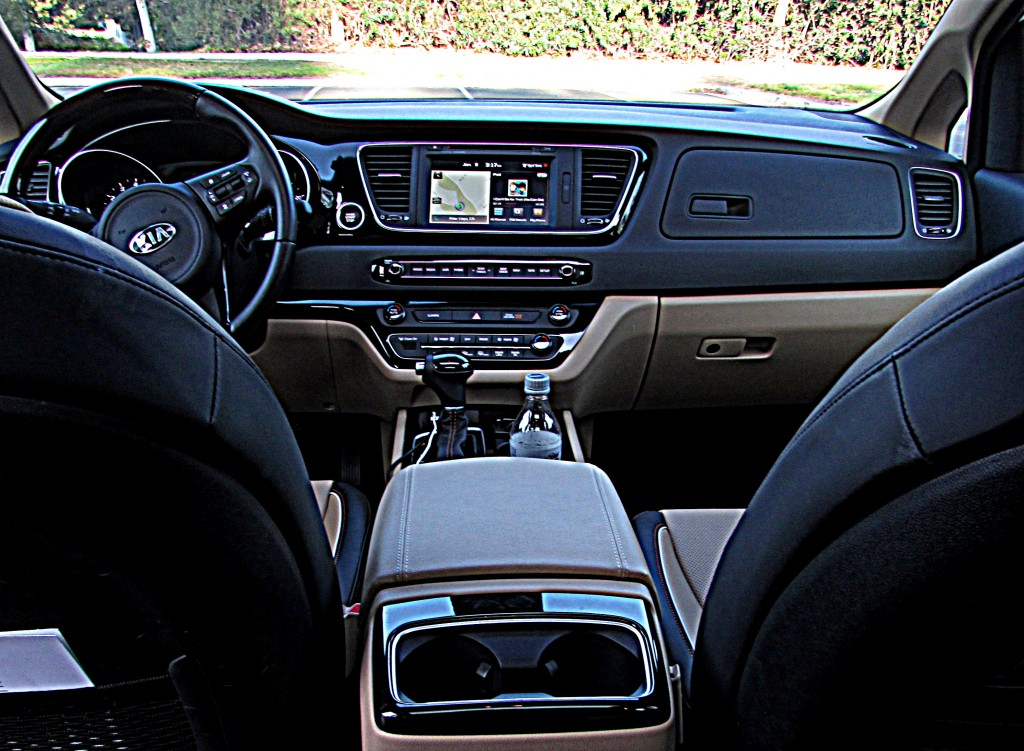 Overview (Final Score after 8 Categories B+)

Is it wrong to want to own a minivan when you just own one fifty pound boxer dog? Sure, we could start a taxi service but who would want strangers messing up the deliciously upscale 2015 Kia Sedona SXL minivan? Having driven this van also from Southern California to Las Vegas, let us say that not only is the ride comfort sublime but it somehow manages to feel quick and pretty agile for a minivan. Actually, only the Honda Odyssey drives similarly, every other minivan drives like you are piloting a dead hearse who passed away long before the person in coffin carried in back.

Oh, there are worse fates out there than having to own a minivan. At least it shows you have accepted your duty as transporter of much cargo both human and otherwise. The 2015 Sedona SXL we tested excelled in all areas thanks to two center row captain's chairs with (get this) a recline, leg elevator function much like a far more stylish La-Z-Boy and the third row leg room is comedic in its enormity. Also, rear seat passengers get their own moonroof so they won't miss out on any views during the 22 hour family drive to Grandma's house.

But that's not really what nabbed us with the 2015 Kia Sedona which admittedly lacks the Honda Odyssey's brilliant and handy HondaVac built in vacuum cleaner and the seats don't fold as easily in the Kia either. But, from the outside when you see it in person the Sedona looks downright handsome and dare we say it, upmarket? The Odyssey has aged perfectly well but its myriad wacky styling cues are well documented. Well, at least it looks better than the Nissan Quest. A minivan that looks like the box the toaster over you just bought came in.

Now let's take a closer look at the 2015 Kia Sedona SXL and see how close it comes to unseating the Honda Odyssey, our current favorite minivan. 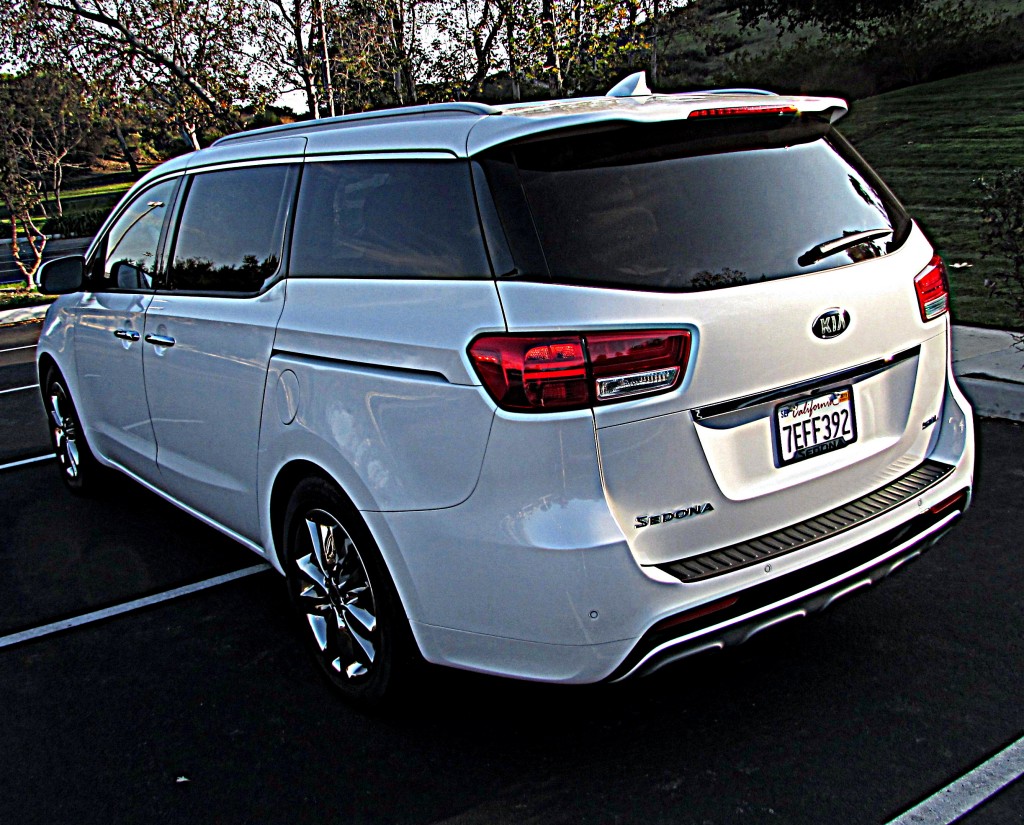 What We Loved about the 2015 Kia Sedona SXL

What We Didn't Love about the 2015 Kia Sedona SXL 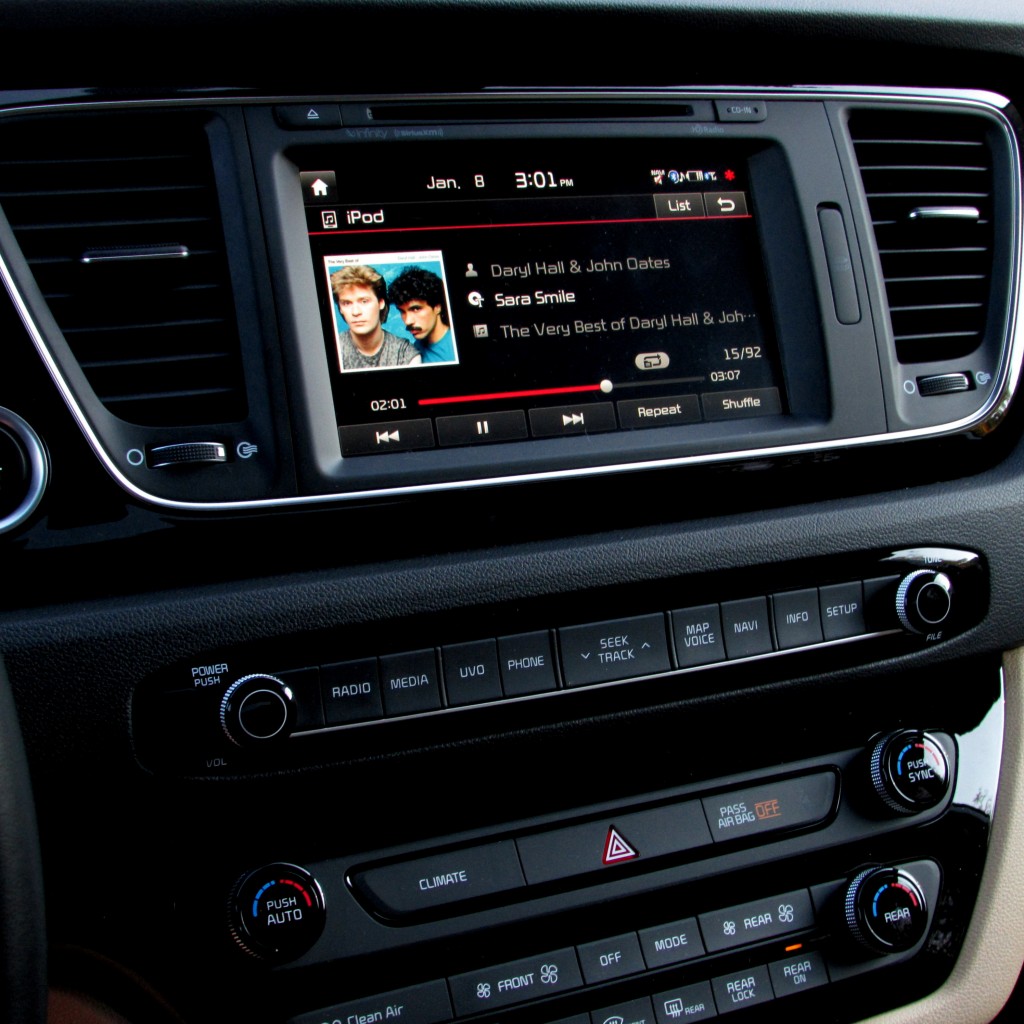 Yes, we know all minivans are essentially exercises in function over form and more often than not they turn out looking like square loaves of bread (not that we are pointing fingers at the Nissan Quest or anything) but the 2015 Kia Sedona somehow manages to pull off the right amount of panache without trying too hard. It was, after all, the last full design at Kia overseen by Peter Schreyer who penned the original Audi TT and revolutionized Kia's design language. What, do you think the guy who penned the Optima would make your minivan look dorky?

Our tester's standard chromed out 19-inch alloy wheels were definitely not your usual minivan fare and not only did we love the stylish razor blade front grille but the whole design sweeps back eloquently to wrap around rear windows right where the power rear tailgate meets a nicely judged but not over the top rear spoiler. Oh yes, if you have the key in your pocket and your hands are full the Sedona's power rear tailgate will open by itself with no awkward kicking under the rear bumper needed. Hurray! Someone give the engineer who came up with that a Nobel Prize. Or a raise. 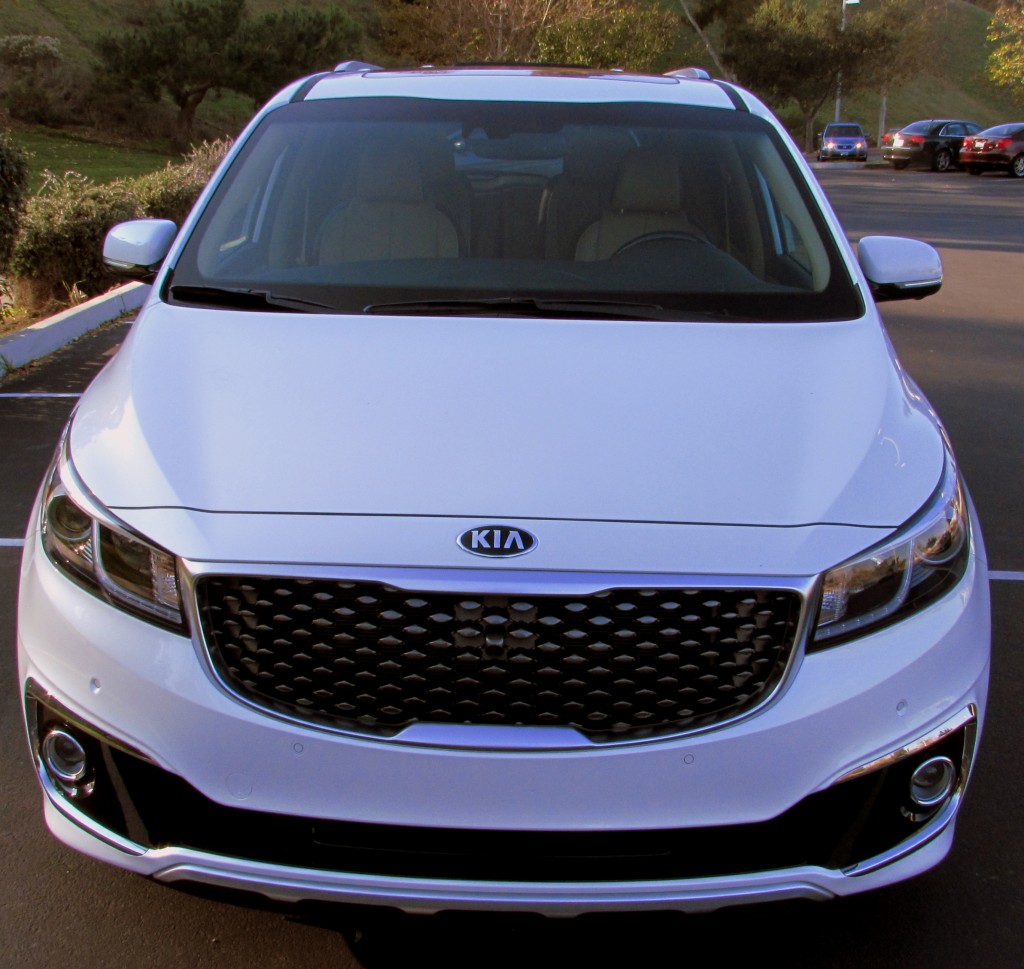 Our SX Limited tester came replete with an interesting dark cream and olive blue hued Nappa leather seat trim which to our surprise seemed very adept at keeping itself looking clean even if you hadn't raised a bottle of Lexol to clean it. Actually, we don't think we have ever seen such an imaginatively successful leather color combination in any minivan since the start of time. Back before people had smart phones for our younger readers.

As we said earlier, leg and head room in plentiful in all three rows and with the third row in place there is still 33.9 cubic feet and folding that down flat nets you a 78.4 cubic foot load space. Push the second row captain's chairs flush against the front seats and cargo capacity maxes out at 142 cubic feet—about the same as a $4,500/month apartment in New York City. Kidding. But it's a seriously large cargo area with only a couple of exposed hinges in the floor keeping this interior from a perfect score. Build quality is excellent and the 2015 Kia Sedona looks built to withstand anything kids, dogs and messy people can throw at it. 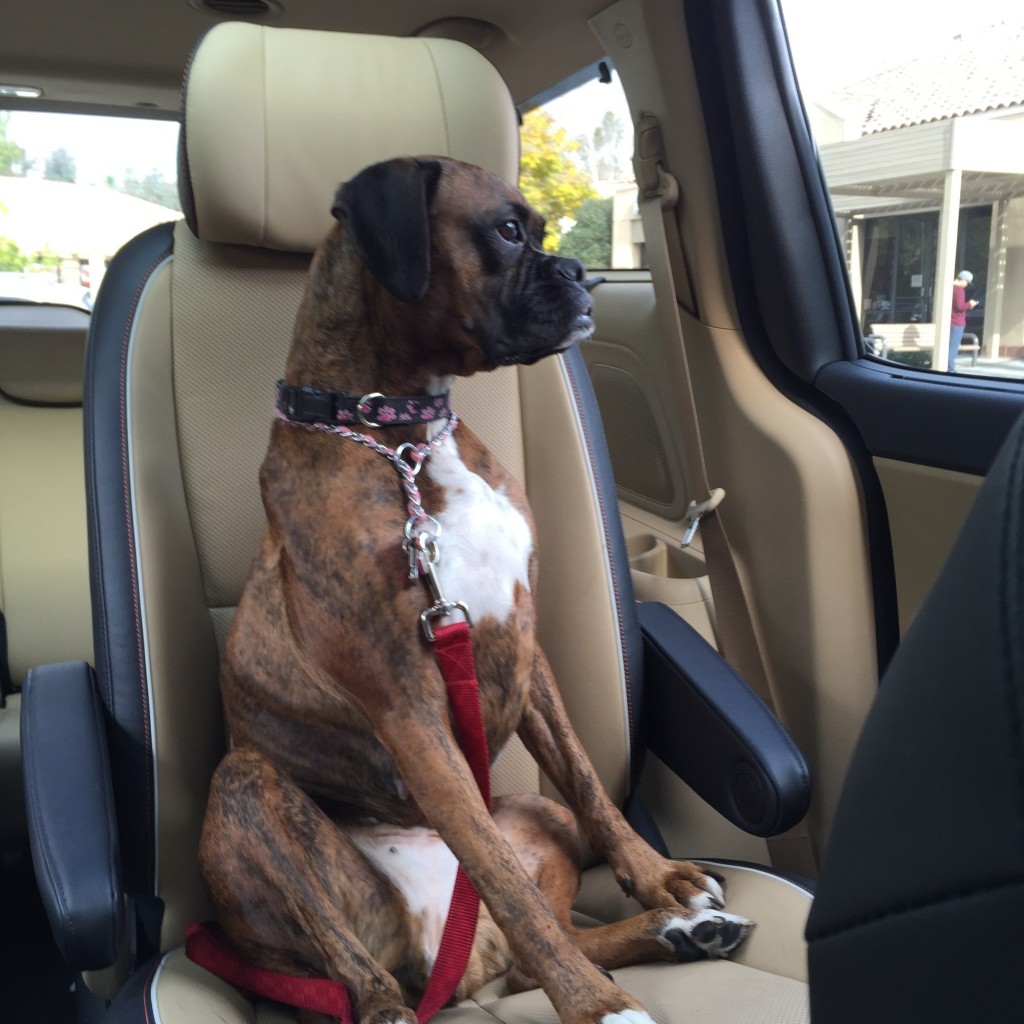 Tech features in the 2015 Kia Sedona SXL? Where to begin? First there is the "smart" power rear tailgate that opens automatically as you approach with the key in your pocket. Perfect when you have your hands full. There is three zone climate control, heated and cooled front seats, a heated steering wheel and all the safety features you'd want like lane departure warning, an around view camera monitor, smart cruise control and impact warning. We loved that both sunroofs opened (yes, there are two) and as always the UVO infotainment/navigation system was a breeze to navigate and synced to our iPhone 6+ in under 10 seconds. Also, we highly recommend Kia's amazing Infinity audio upgrade that is standard on SX and SXL models.

The 2015 Kia Sedona is available with only one engine, a punchy 3.3 liter 276 horsepower/248 lb. feet of torque V6 mated to a six-speed automatic which according to the EPA returns 17 city/22 highway. During our extended drive to Las Vegas in the Sedona, however, we averaged over 24 miles per gallon so perhaps we were enjoying a tailwind? Mixed with all of the driving during the week we managed just under 22 miles per gallon which was perfectly acceptable given the van's size and performance. It also has a 21 gallon fuel tank for extended cruising. 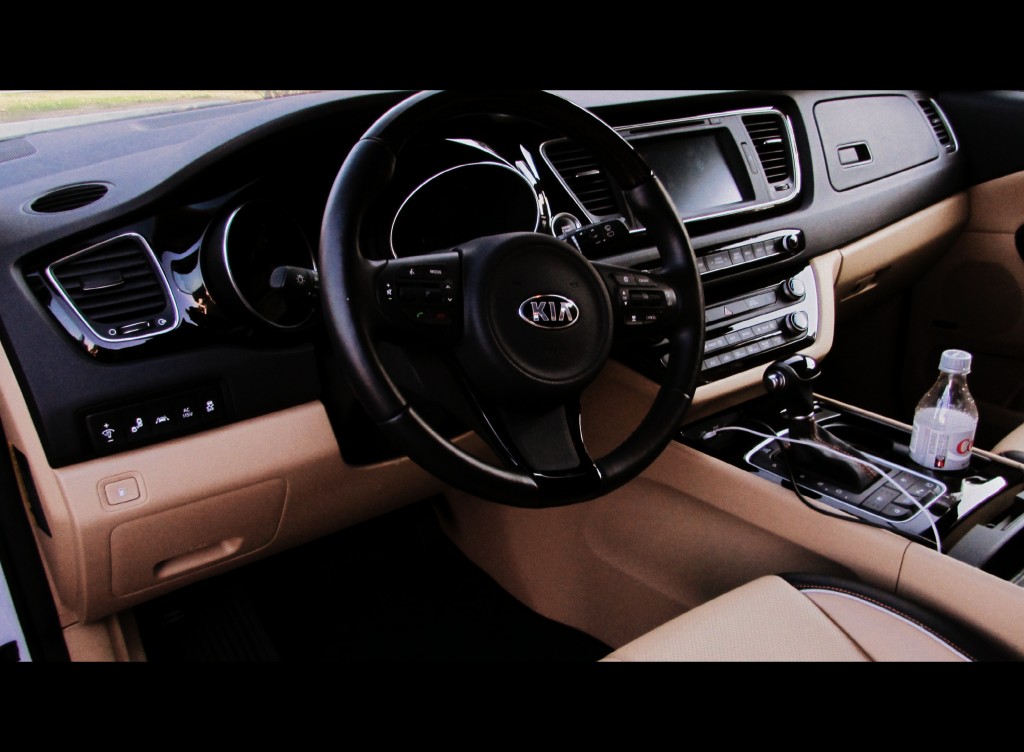 This was a very tough category to judge because the 2015 Kia Sedona is all new and results are not yet in from owners regarding issues pertaining to this minivan although we can say it has not had any recalls as of yet. The last generation Sedona was an older design when it launched here and the redesign is a leap and bound ahead even in just perceived quality, refinement, safety and there is always the peace of mind of the 10 year/100,000 mile powertrain warranty.

JD Power gave the van an estimate of 2.5 stars out of five for predicted long term reliability but that is based on the performance of the last generation. Also note, JD Power did rank the Sedona as a finalist in its best family cars list. If this makes you nervous, simply wait a few months until the 2016 Sedona is released so you can find out the results from the first model year. 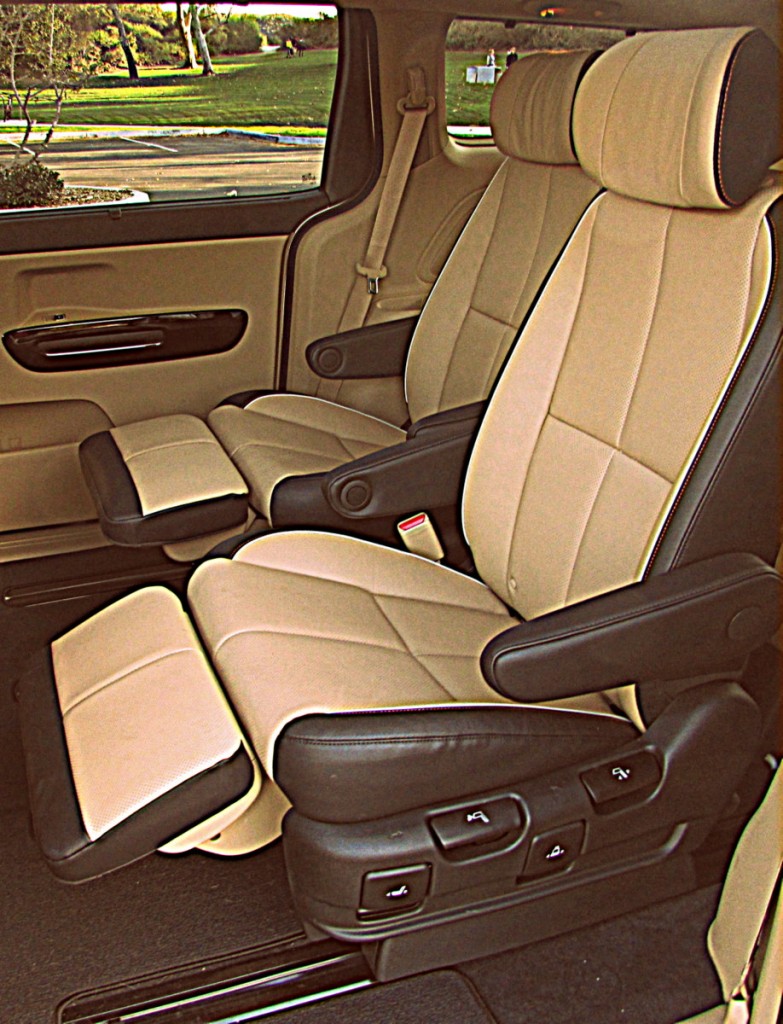 Minivans are the transportation method of choice for larger families or people with a lot of friends so you usually see them well filled with passengers. That is why safety ratings for vehicles like this are of such vital importance. Thankfully, the recently redesigned 2015 Kia Sedona minivan was ranked by the IIHS (Insurance Institute for Highway Safety) as a "Top Safety Pick" as it excelled in all areas. It only missed out on a "Safety Pick Plus" ranking for not having an automatic braking system or radar cruise control. So if you know how to drive yourself we are pretty sure you will be just fine in the Sedona.

Performance (9 out of 10-on a minivan scale)

We were not expecting this at all. We were not expecting to have, dare we say it aloud, fun driving the 2015 Kia Sedona SXL during its stay with us. Not only was it smooth riding and relaxing on long highway trips (which we expected), it cornered and steered with a fluency that allowed it to feel like a much smaller vehicle. The only other minivan that pulls off that hat trick is the 2015 Honda Odyssey.

The pleasingly responsive 3.3 liter 276 horsepower/248 lb. feet of torque V6 that comes standard is also capable of making a nicely sporty roar as it reaches its redline giving it a refined sportiness that again you only find in the Honda as well. The standard 6-speed automatic works invisibly with the Kia's sole motor and always manages to be in the right gear for passing of sedate cruising.

Now, make no mistake, the 2015 Kia Sedona is not meant to be a winding canyon road slayer so if you were hoping for a 7 seat sport coupe driving experience you would be a bit off. And your passengers might throw up all over your nice Sedona's interior if you drive like a madman on a winding backroad. Still, there is plenty of fun to be had and best of all, this minivan is fast enough to not get passed by passing geese. On foot. 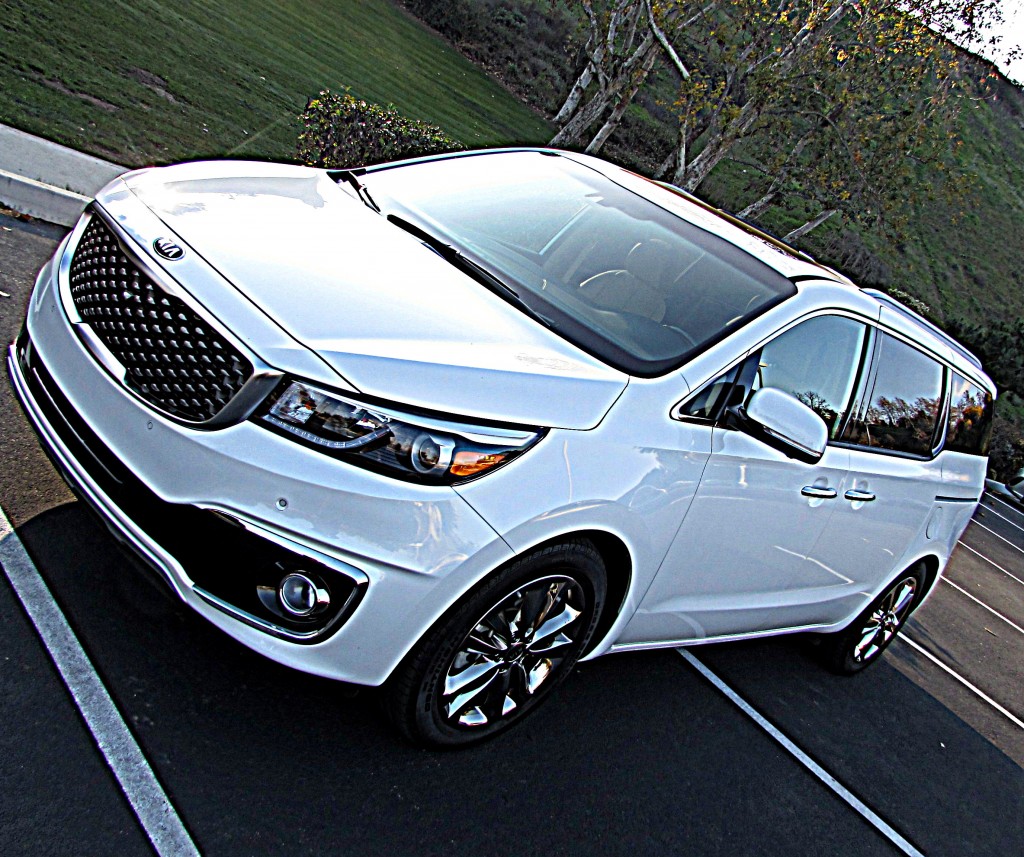 It's funny that of the five major competing minivans out there, all of them start between $26,000-$28,000 for base models and the only one to not cross into $40,000 (by about $5) is a fully loaded 2015 Chrysler Town and Country which is outclassed simply by dint of the age of its design most specifically its anemic 3.6 liter V6 that pre-dates Cher's birth. The 2015 Kia Sedona we tested was a fully loaded SX Limited model and its sticker price of $42,000 included unique yet durable feeling two-tone Nappa leather seating, three zone climate control, front heated/ventilated seats, power sliding side doors and "smart" tailgate, UVO Infotainment with navigation and back-up around view camera, smart cruise control, lane departure warning and a forward collision alert.

And our favorite feature? As in any Kia we can't rave enough about the Infinity Audio System available in models from the Soul to the Optima, Sorento and now Sedona. It adds a center speaker, powerful subwoofer and amplifier to the mix and has never failed to impress our music sensitive ears. Price out a Honda Odyssey Touring Elite and it is a couple grand more but if you need a vacuum we highly recommend it. The Nissan Quest is a bore to drive, look at and is devoid of any clever family features. The 2015 Toyota Sienna was recently refreshed with a new dashboard and other updates and while it's not a thrill ride to drive any model but the SE, it can be equipped to be very limo like. But it still feels like a minivan whereas the Honda and Kia somehow do not. And that's priceless.

Well must we spell it out for you? From the back of the pack now neck and neck with the leader, the 2015 Kia Sedona was just a big ball of surprises for us during the week we got to play with it. It is a rather engaging to drive car especially considering it's a minivan and the price is competitive given the feature count. Plus, you get that 10 year/100,000 mile warranty. So you decide. How important is a built in vacuum cleaner? 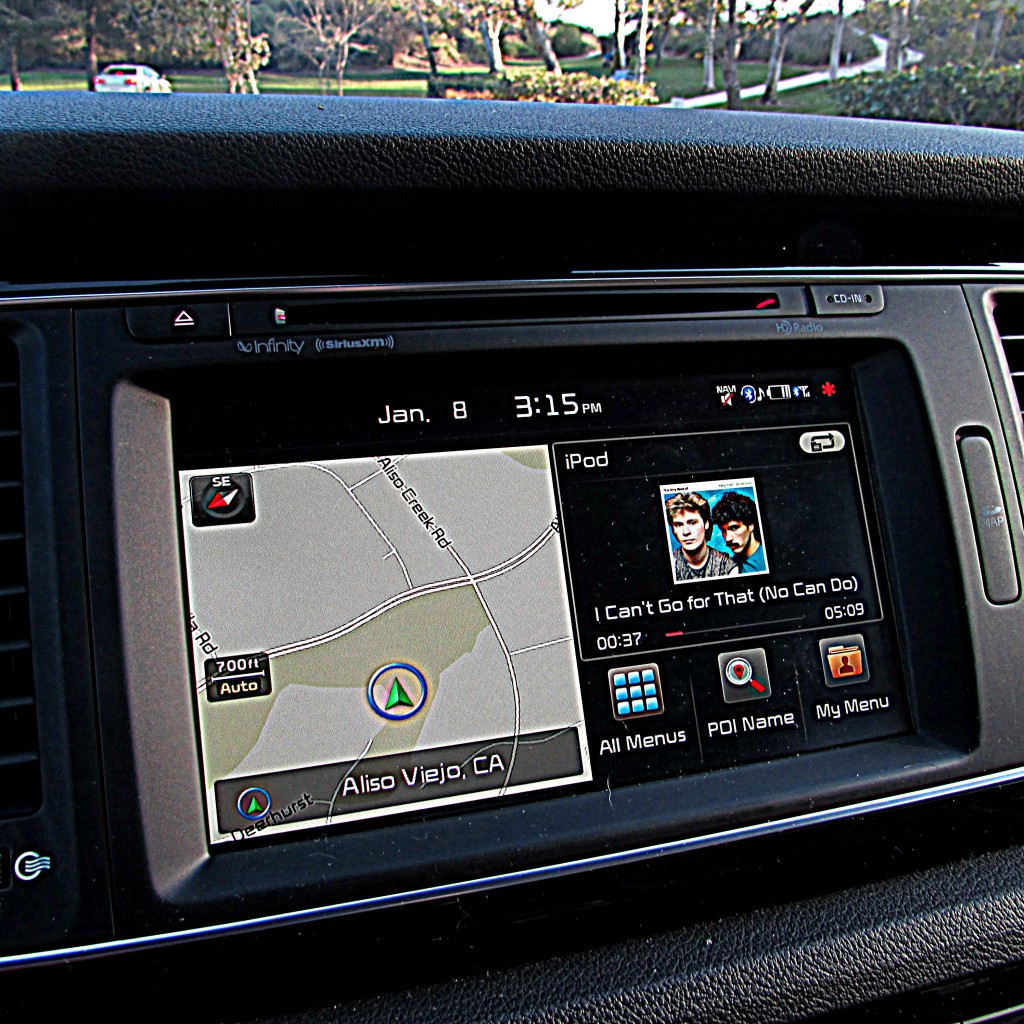