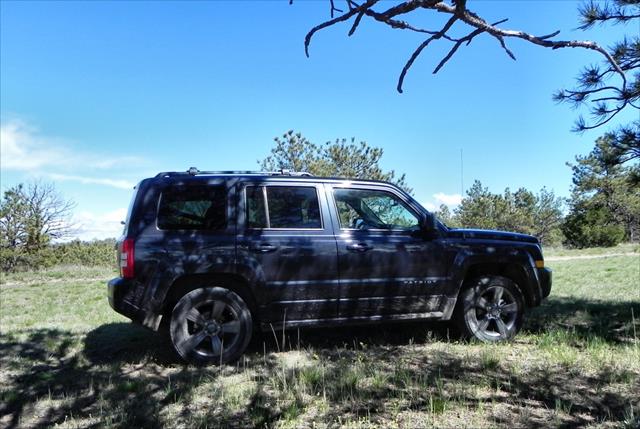 Overview (Final Score: C)
The 2015 Jeep Patriot is a throwback to a couple of decades ago when all sport utilities tried to look like the Jeep Grand Cherokee, with its square body and high ground clearance. Today, the Patriot stands out for that reason alone, but also has a bit of the legendary Jeep off-pavement prowess to go with that.

For the most part, though, the 2015 Patriot is a relic that is likely to be sent packing once sales for the new Renegade have reached their mark.


What We Loved About the 2015 Jeep Patriot


What We Didn't Love About the 2015 Jeep Patriot


Exterior View (8/10 relative to market)
The 2015 Jeep Patriot has a style built on a nostalgic throwback look with practical lines added for versatility. Harking back to the 1980s and 1990s square-bodied sport utility vehicles, of which the Jeep Grand Cherokee was king, the Patriot emphasizes its rectangular shape with square windows, upright pillars, and squared-off wheel wells. At front, the signature Jeep round headlights and slotted grille are offset by a flat hood running to a lightly-raked windshield.

The overall look is good, despite these angles, giving the 2015 Patriot a lot of style in a segment full of curvy, blending crossovers. It lends itself to solid ergonomics inside as well. 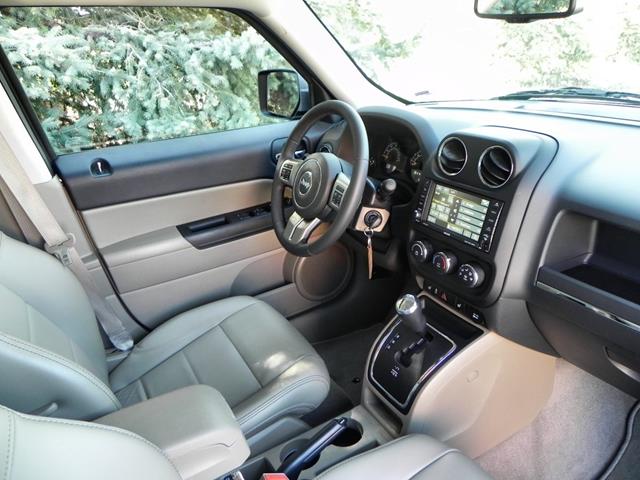 Interior Comfort, Quality, Ergonomics (7/10)
The 2015 Patriot has a spacious interior with a good blend of practicality and roominess. The square doors, cubical interior shape, and easy-access seating make it a great passenger space in terms of ergonomics. The square exterior shape also brings dividends in the rear cargo area, which is easy to access, has a nice, wide opening, and a flat floor.

Seating is ample and comfortable in the 2015 Jeep Patriot, especially in the front row. The driver and front passenger are treated to a lot of headroom and plenty of leg and shoulder room as well. The second row sees the same, though not as much comfort or adjustability. They fold in a 60/40 configuration as standard and lay down truly flat for better cargo use. Although the Patriot appears large for its class in terms of cargo space, it's actually one of the smaller, but the ergonomic usefulness helps make up for some of that. Still, it's 20 cubic feet shy of the segment leader, the Honda CR-V.

The overall interior quality, however, is below par in the Patriot. The base model doesn't even include air conditioning or power accessories and even mid- and upper-level trims do not include a lot of quality materials. The dashboard and other interior items are made of hard, dated plastics that stand out for their cheap feel compared to others in this segment today. This is our chief complaint with the Patriot, which is now getting on in years with this design. 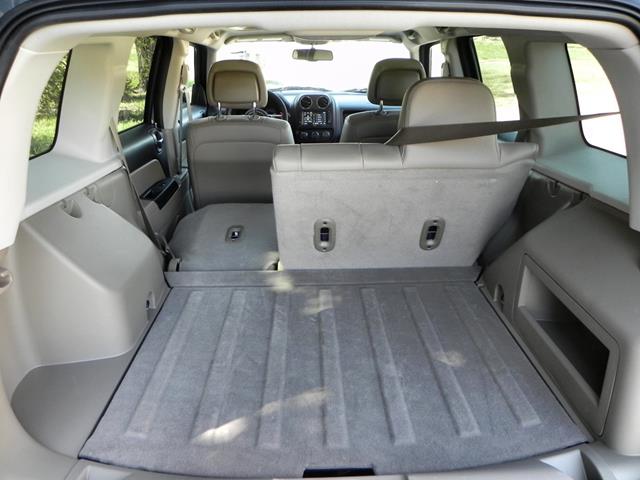 Technology (6/10)
Unlike most Jeep products, the 2015 Patriot has little in the way of technology options. The Chrysler Uconnect system, one of the best on the market for infotainment, is almost non-existent in the Patriot. Even the top-most trim requires an add-on package to get even basic infotainment functions and at that, the screen is a tiny 6.5-inch unit instead of the beautiful 8.4-inch screen found in most Chrysler models today. Many options, like the WiFi hotspot popular in many Jeep products, are dealer-installed afterthoughts.

For many buyers, however, outside of its nostalgic look and better-than-average offroad capability, the 2015 Jeep Patriot does also include the "party hatch" option. This is an optional flip-down rear liftgate speaker set that let the rear hatch remain open while the speakers port sound to the party around it.

The base-level engine with front-wheel drive and automatic transmission is rated at 24 mpg combined (22 in the city, 27 on the highway). This is below average compared to other entry-level vehicles in the segment. Upgrading to the continuously variable transmission (CVT) does not improve things, but the manual transmission does give it a 26 mpg combined rating. 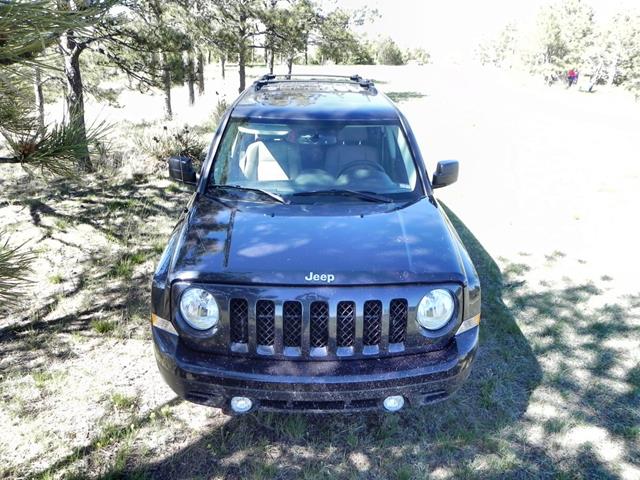 Predicted Reliability, Initial Quality Ratings (7/10)
There have been no recalls for the 2015 Jeep Patriot, but J.D. Power ratings for the crossover are only average. The Patriot is long in the tooth with this generation and has a track record that bears out the JDP expectation.


Safety (6/10)
As other crossovers in this class move forward to improve safety, averaging high returns in the past couple of years, the 2015 Patriot stays back. The National Highway Traffic Safety Administration rates the 2015 Jeep Patriot with four out of five stars overall, with frontal impacts rating only three stars. The Insurance Institute for Highway Safety gives similar results, giving the Patriot a top score of "Good" on most tests, but a bottom "Poor" rating to its small-overlap frontal-offset test.

In addition, we note that the Patriot retains drum brakes in the rear for all but 4x4 models and the Limited trim. This reduces stopping power.


Performance (7/10)
The 2015 Jeep Patriot is offered with two engine and three transmission options. The base engine is a 2.0-liter four-cylinder that produces 158 horsepower and 141 pound-feet of torque. Available in front-wheel drive only, this engine can be paired with a six-speed automatic or a continuously variable transmission (CVT) and comes standard with a five-speed manual shift.

The upgrade engine option is a 2.4-liter four-cylinder that produces 172 hp and 165 lb-ft of torque. This engine is standard on the Limited trim level and required for any four-wheel drive option. This engine can also be paired with the five-speed manual, six-speed automatic, or the CVT, depending on trim level and drivetrain options. Towing with this engine is rated at up to 2,000 pounds.

On the road, the 2015 Patriot drives like most crossovers in its class, with a fair amount of roll around most corners and a tall, bumpy, but acceptable ride otherwise. It struggles, even with the 2.4L engine, to run at higher speeds, but has a good feel around town.

Off the road, with Freedom Drive installed, the Patriot is as good as some and better than most. The AWD FDI system makes the Patriot capable of most general off-pavement duties where a path has already been carved and isn't mired in mud. FDII upgrades with more capability by giving more offroad control to the powertrain for better vectoring. The four-cylinder engine's small output holds the Patriot back sometimes, though, making it less of a hill climber and causing it to struggle with its low torque and marginal CVT when in mud or sand. On the whole, however, few crossovers in the segment can boast the same capability off the road that the 2015 Patriot enjoys. 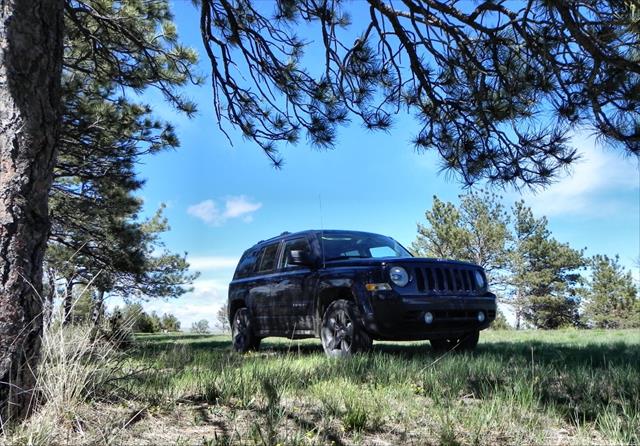 Pricing and Value (8/10)
The 2015 Patriot is one of the lowest priced options in the small crossover segment, but has few amenities to go with that price point. The base model Sport doesn't include many items now considered standard in today's market, such as air conditioning and power accessories. In terms of capability, though, the Patriot is generally better than average with a spacious, ergonomic interior.


Total Score and Competitive Comparison (57/80, 68%)
We've given the 2015 Jeep Patriot an overall "C" grade here because although it has its high points, it has plenty of low points as well. Compared to rivals like the best-selling Honda CR-V, with its passenger-friendly interior and huge cargo space, and the Nissan Rogue with its upscale interior and wonderful seating (and third row option), it's hard to find a compelling reason to buy a 2015 Patriot.

One reason might be the throwback looks, but most likely it's going to be the 2015 Jeep Patriot's offroad capability - in keeping with the Jeep nameplate. Especially with the Freedom Drive II option. Whatever your reason is, the Patriot is likely a crossover that's headed for pasture as Jeep feels out the new Renegade as a replacement.