The Chrysler 300 is by far the best vehicle amongst any other with the Chrysler badging on the front. There's something almost old-school about this full-size sedan, yet it has tremendous modern appeal. With its full-size stature, and smooth ride, it almost harkens back to the days when the family would jump in a big giant car and go for a Sunday drive. But, there's very little else that is old-fashioned about the 2015 Chrysler 300 other than the fact that it's a big sedan in today's era of smaller cars. We embrace and rejoice in the 300's large size and clearly this trait is what makes the 300 something noteworthy. 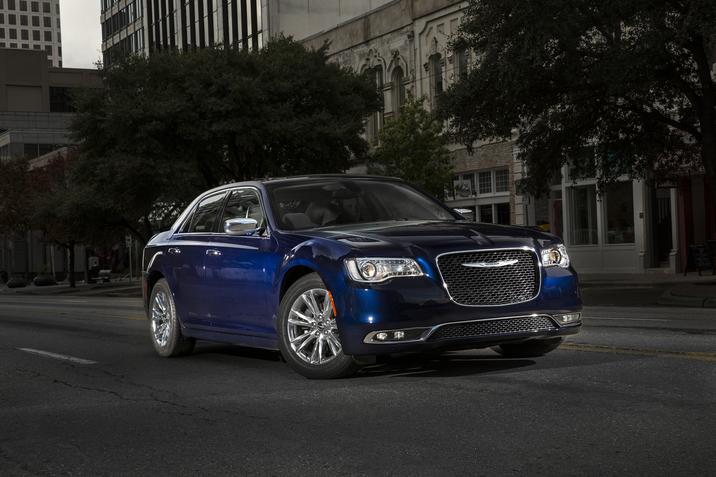 What We Loved about the Chrysler 300


What We Didn't Love about the Chrysler 300 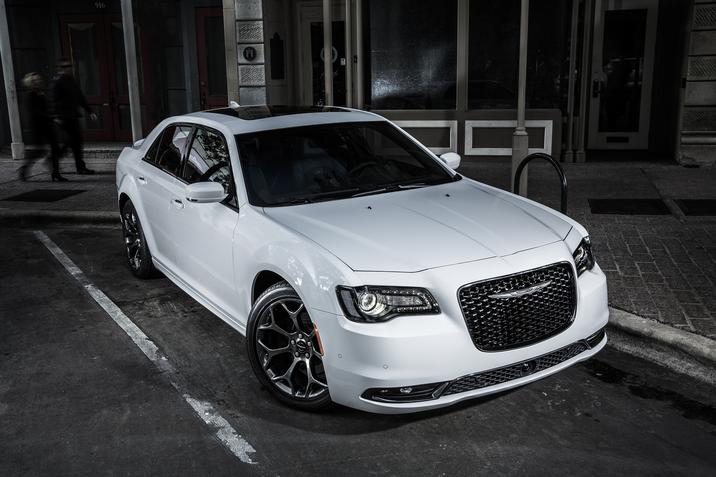 Chrysler is not a luxury brand, but the exterior styling of the 300 is comparable or better than some luxury brand sedans. The front end is big, but not aggressive looking. The long front end shows off the overall girth of the 300. Some styling on the hood further accentuates this, rather than tries to shorten the appearance. If there is a flaw with the overall exterior view of the 300 it's that the back end loses some of the fine styling. Whereas the front end is bold (we especially like the big honeycomb grille which just screams luxury), the back end fizzles out. The stretched out Chrysler wings is the only interesting feature on the back end of the 300. From the profile, the 300 once again shows off its size. Large wheel wells over 19-inch wheels highlight the gliding fashion of the 300. 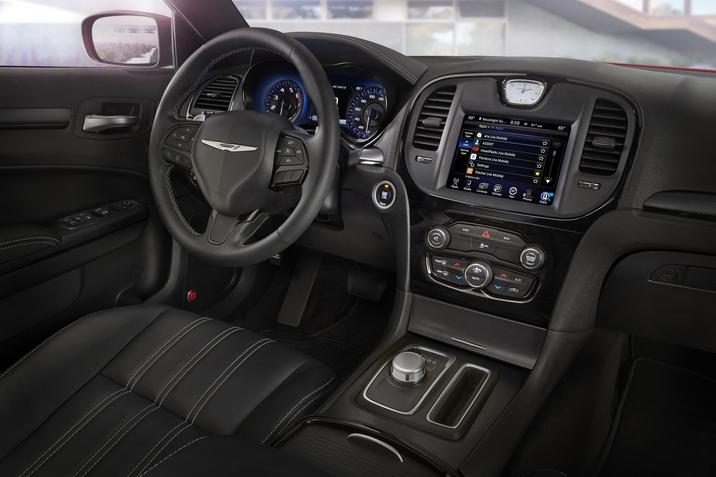 If you were to sit inside the 300 you'd think you could be sitting in a luxury sedan. While it's a bit of a stretch to call it European-like, the 300 is certainly comparable to some of the Japanese luxury sedans which err on the conservative side. Inside, the 300 isn't conservative at all. For a vehicle at this price point, it offers numerous high-quality touch points. The 300 is a vehicle that would be ideal for long road trips with its plush leather seats. Even rear passengers will be quite comfortable and can stretch out. A fifth passenger may feel squished over the middle of the car, and if you keep the 300 to four passengers, nary a complaint will be heard no matter the distance being traveled. The 300 is a real cruiser, and that's why the overall drive performance is so conducive for a quiet, refined ride. The 300 employs acoustic glass to shield out road and engine noise and indeed it is a success. The 300 is one of the quietest vehicles on the road and driver and passenger can enjoy the Beats audio system. The infotainment system is powered through Chrysler's UConnect system which is simple to use, intuitive and runs on a new-for-this-model-year 8-inch touchscreen. Chrysler doesn't overdo the technology in the 300, but takes it right where all customers will enjoy and appreciate its merits. (Often customers find over engineered systems to be intimidating). With the extra big wheel wells (which we love so much for the exterior appearance) trunk space is limited to 16.3 cubic feet. This is average at best for the segment and for a full-size sedan, we'd expect more. Perhaps if the rear end was more stylized and stretched a little bit, that cargo space could be improved upon. 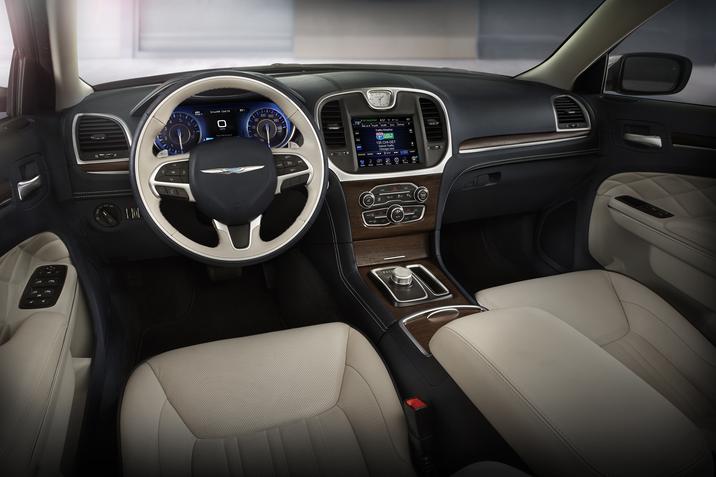 Chrysler really outdoes itself with technology inside the 300. New to this model year are such cool tech features (and safety features) like adaptive cruise control and a lane-departure warning system. The aforementioned 8.4-inch touchscreen powers the entire infotainment system. The 300 even has WIFI hotspot access (take that GM!). The UConnect system integrates flawlessly with smart phones and offers more tech/safety features including voice texting and simple-to-use voice commands (that actually work).

Full-size sedans with all-wheel drive will not win any awards for fuel efficiency. With that being, the 300 holds its own. By adding all-wheel drive as an option, the 300 does take hit with their fuel efficiency, but this feature is so appealing to the Midwestern consumer that it's worth the small hit in fuel economy. Non AWD 300s have a respectable EPA rating of 19 mpg/city and 31 mpg/highway. Our tester with AWD dropped down to 18 city and 27 highway. In a week's worth of mixed driving on the highway and on suburban streets, we averaged about 21 mpg. While that number would be ideal if it could be around 25, we can accept the small drop because of the all wheel drive. Plus, the Chrysler 300 weights more than 4,000 pounds, so this will never be a car that sips fuel, regardless.

There are no reliability studies yet on Chrysler's new 8-speed transmission, but many critics have been lukewarm over its performance. As mentioned, it takes a little getting used to upon the first couple of drives. Otherwise, JD Power offers average to above average ratings for the rest of the Chrysler 300.

As mentioned in the technology portion, Chrysler added a lane departure warning system and adaptive cruise control. These sensor-based systems are both cool, but also add extra comfort to the driver. There are blind spot detectors in the mirror, which are necessary for the some of the larger blind spots in the 300. Chrysler introduces a new Electronic Stability Control program to this model year, which when paired with the all-wheel drive (rear-wheel drive is standard) offers incredible control in most road conditions. Anti-lock 4-wheel disc performance brakes are a nice feature when trying to stop a 4,000-plus sedan. 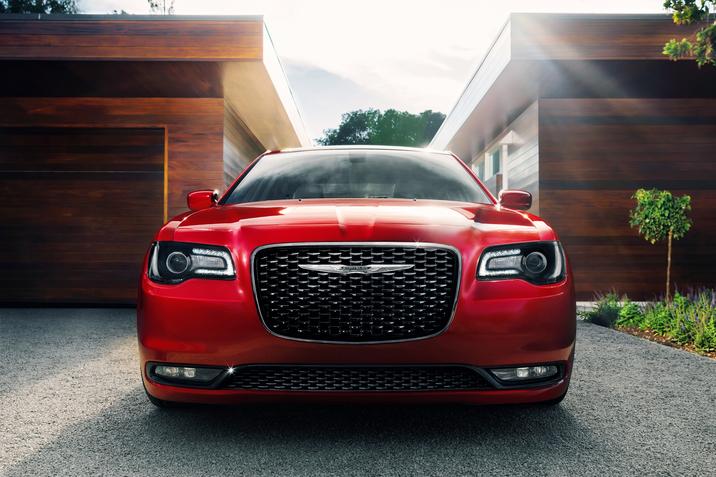 The 300 has a 3.6-liter V6 engine that creates 292 horsepower. We'd love to see that number creep above 300 just because it is a number that looks more impressive, especially for a car this size. Nevertheless, the 300 over performs those numbers with a powerful enough engine that is both refined and controlled. Chrysler brings its new 8-speed transmission to the 300 this year. This is a transmission that takes some getting used to. In the early gears, the shifting is rapid and exhilarating. Then in the middle gears it seems to be held back, almost like a continuously variable transmission. The shifting is also noticeable which detracts somewhat from an otherwise flawless engine performance. As mentioned, the ride is tremendously quiet and smooth. The Chrysler 300's overall drive performance is refined with just enough power featuring a more efficient modern transmission.

The rear-wheel drive, basic trim 300 has a starting price of $32,000. Our tester with the all-wheel drive has an MSRP of $33,895. With extra packages our tester had a final price tag of $37,580. For a full-size sedan, with all-wheel drive the 300 is fairly priced. Considering how nice the interior is and the overall refined vibe of the 300, this is a way for some consumers to experience a "move up" car without a luxury badge, but with all the luxury amenities.

The 300 has plenty of competition including the Buick LaCrosse, Toyota Avalon, Hyundai Azera and Kia Cadenza. Also, Chrysler competes (sort of) against its own FCA stablemate the Dodge Charger, although that is really more appealing to those who like faster, muscle cars than a refined luxury sedan. Also, the Hyundai Genesis could be compared to it as well, but the 300 would pale in any comparison to this spectacular luxury, rear-wheel drive sedan. But, the Chrysler 300 is a car that gives you plenty of space, enough power and a surprising amount of amenities. We'd prefer it over the boring Avalon and the ho-hum LaCrosse which is the best comparison. Both the 300 and LaCrosse are throwback type of full-size sedans; the era of going to get ice cream after church with the whole family piled in the car. But while the LaCrosse is fine, the 300 is superior in drive performance and refinement, which is surprising since Buick prides itself on luxury. But the 300 is one of the most comfortable cars in the entire auto industry.