Audi is leading the way in the U.S. in trying to reintroduce the American consumer to diesel engines. Most consumers' perception of diesel is black smoke coming from a loud chugging engine. Not the case any more and the 2014 Audi Q7, a big SUV, proves it perfectly. Sure, the Q7 comes in non-diesel options, but for optimal fuel economy, the Q7 TDI clean diesel is a viable option for consumers seeking fewer trips to refuel. 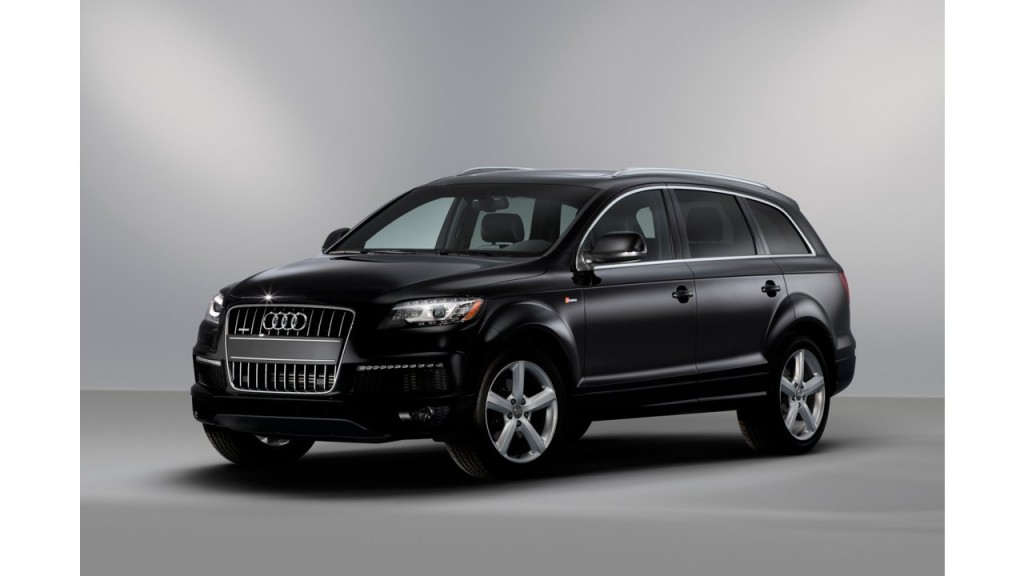 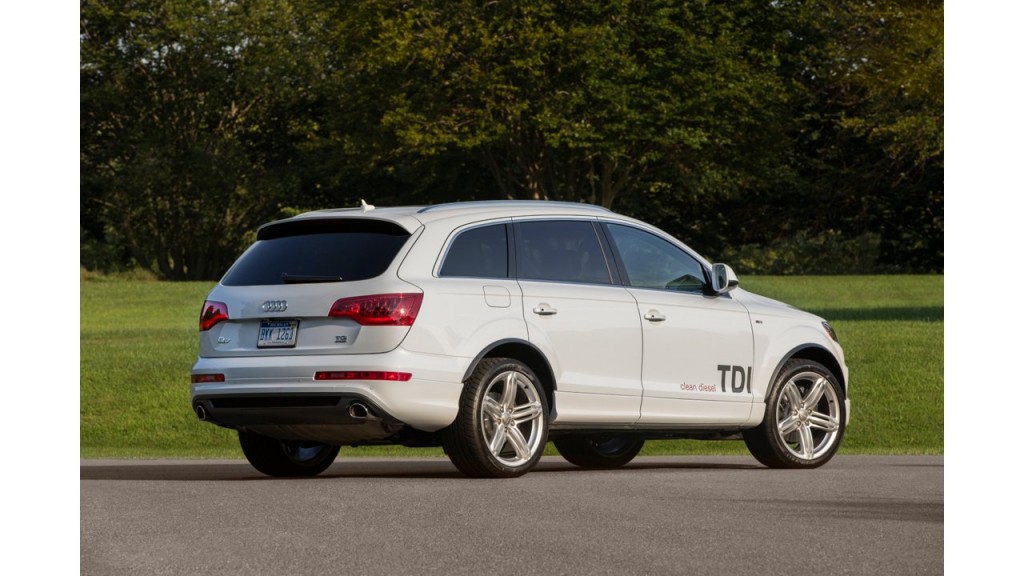 Audi is a brand that we think has the best-looking lights in the industry. Every model year they tweak their headlights or tail lights and that alone makes each vehicle look new and improved. The Q7 is a prime example of that. New xenon headlights and daytime running lights are the big addition to this model year. And these adaptive headlights add to the overall aesthetic appearance of the seven-passenger SUV and at night gives the Q7 a real sexy look. 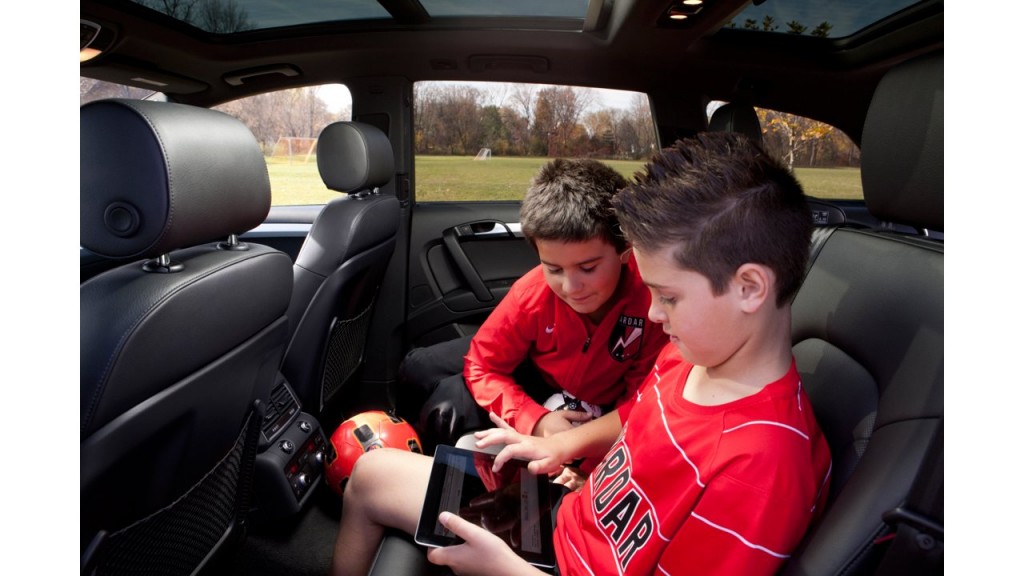 Standard safety features for the Q7 include anti-lock brakes, stability and traction control and a rear parking sensor, which is much needed in this behemoth. Also much needed and appreciated is a blind-spot warning system, which works via sensors. IIHS gives the Q7 a "good" rating during its crash testing. The Q7 has ample front and side air bags too.

Three different engines almost make for three different vehicles for the Q7. That's both a good thing for the consumer (choices and options) but also a bad thing (confusing). A supercharged 3.0-liter supercharged gasoline engine makes an underwhelming 280 horsepower. The turbocharged 3.0-liter gasoline engine is the better option for those who want more power and a more exciting vehicle to drive. That engine makes 333 horsepower. We drove the 3.0-liter turbo diesel Q7 and found it over performed its output numbers. On paper the TDI Q7 makes only 240 horsepower, but it also makes 406 lb./ft. of torque, which is where it overcompensates for its horsepower shortcomings. And really, there are few shortcomings on the Q7. The eight-speed automatic transmission and Audi's Quattro all-wheel drive system make the Q7 that much better. For such a heavy vehicle, the Q7 has a quiet, air-soft ride for all passengers.

Pricing and Value for Money

Here's one of the things we didn't like about the Q7. The SUV has an affordable base price starting around $50,000. Our TDI tester had a starting MSRP of $52,900, but then when you add the features you want and need, many of which are safety features, the vehicle can get quite pricey. The Prestige trim increases the vehicle by $12,000. The "good" sound system costs another $6,300. By the time options were added to our tester, the sticker shock was real with a final MSRP of $81,795. Yikes! 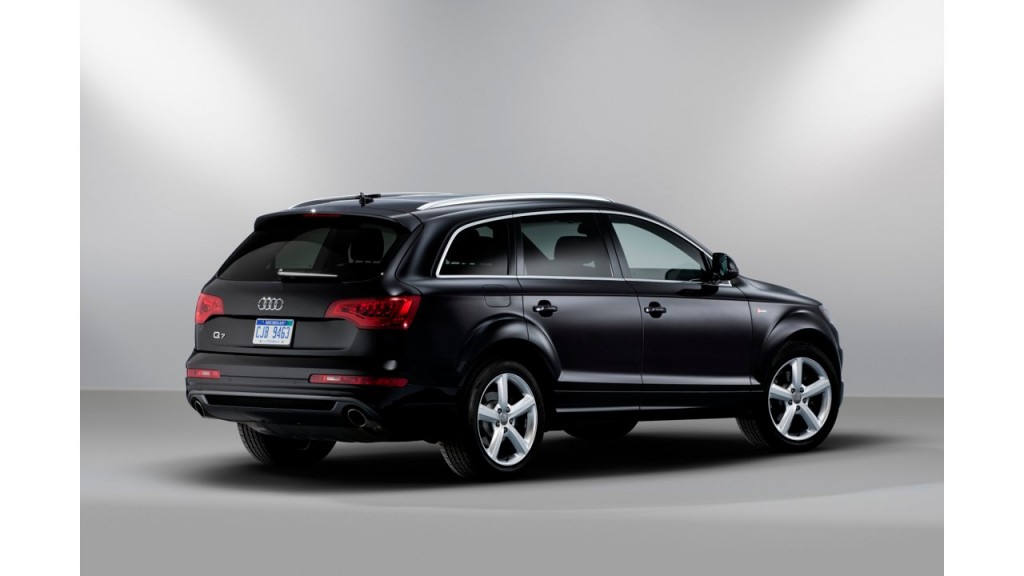 The 2014 Audi Q7 is a seven-passenger SUV with all the comforts you expect from a luxury brand. With a slew of engines and options, it's customizable to be a vehicle suited for any tastes, as long as you can afford the higher price tag. But this SUV is bold and beautiful and offers the latest technology both inside and outside, with a clean diesel engine option to help save money at the pump.